COVID-19 documentary Behind the Mask, made by Otago alumni Dr Paul Trotman and Clive Copeman, tells the story of the pandemic through first-hand accounts of frontline medical workers around the world. The result is a devastating portrait of the physical and emotional toll of the outbreak. 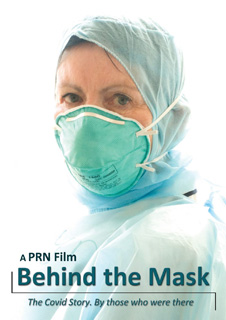 In March 2020 paramedic Chez Claire Valenta was at the epicentre of the outbreak, responding to call after call where the patient was unable to be revived.

“This went on for 11 days. At our peak we saw 326 cardiac arrests in 24 hours and we were not reviving anyone.”

The PPE she wore for infection control suddenly had another use: “They [the patient’s family] could not see me crying behind my glasses.”

One evening she returned home from another harrowing shift when she saw a note had been slipped under her door.

“It suggested it was irresponsible for me to still be living here. That I should move out. Not to do my laundry, not throw away my garbage because I’d brought corona into the building.”

The emotional power of Chez Claire’s story is repeated throughout Dr Paul Trotman’s documentary, Behind the Mask, which traces the path of the pandemic through the experiences of nurses, doctors and other medical workers around the world. Several caught the virus themselves – one nurse was on a ventilator for weeks and tells of the bewildering transition from helping patients to waking up delirious in a hospital bed.

“If I was to chart it, it went from denial to fear and then chaos,” Dr Kiri, a New York anaesthetist, says.

“The most distressing thing was having to decide who could live and who could not,” Spanish anaesthetist Dr Paula Arauzo says. “There was no guide for you to follow.” 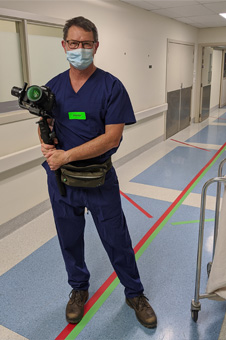 To make the documentary Dr Trotman interviewed more than 110 clinicians around the world – most by Zoom - and collaborated with cameraman Clive Copeman to film in Dunedin Hospital and other city locations.

The film was inspired by Dr Trotman’s sense of frustration at being unable to work as COVID-19 arrived on these shores. He is immuno-compromised after receiving a kidney transplant when he was a medical student at Otago so was unable to perform his usual duties as a rural hospital specialist in Otago. But he’s also a film maker, with previous work including Donated to Science, an award-winning documentary about medical students’ experiences doing dissection.

“I was stuck at home trying to find something to do to be helpful, and I could see what was coming. A friend said, ‘Well, why don't you do what you always do and make a film?’,” Dr Trotman says. 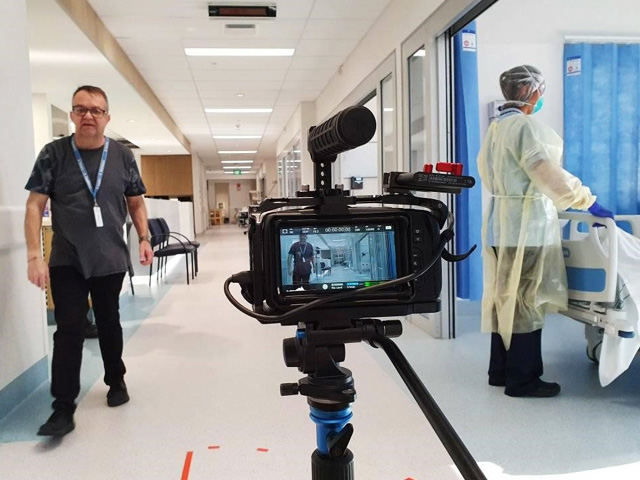 As the process for the COVID film started he and Mr Copeman began gathering information from scientists. But as they talked to clinical staff it became clear it was the personal stories that stood out.

“There are several other COVID films out there, and others coming out, but there's been nothing about the experience of going into a hot zone, and treating patients, and what it's like having half or more of your patients die, often all in the same day. And those are the experiences that I wanted to tap into - that personal experience of fighting in a complete disaster zone, where everything is overwhelmed and overwhelming.”

The documentary expertly portrays the kaleidoscope of emotions and competing pressures on those interviewed. They tell of the grim necessity of going to the hardware store to buy their own PPE, the guilt when patients died before relatives could see them, the fear of catching COVID through performing CPR, the compassion of intensive care doctors taking it upon themselves to Facetime patients’ families or recording messages which might be the person’s last words.

There are lighter moments - Dunedin GP Dr Lucy O’Hagan describes her delight at discovering “waist-up” on Zoom, meaning she could wear her pyjama bottoms on video calls – and moments of intense relief. Edinburgh Intensivist Dr Gregor McNeil recalls when a seriously ill patient was finally able to speak. “The first time you hear their voice that’s a really powerful thing.” 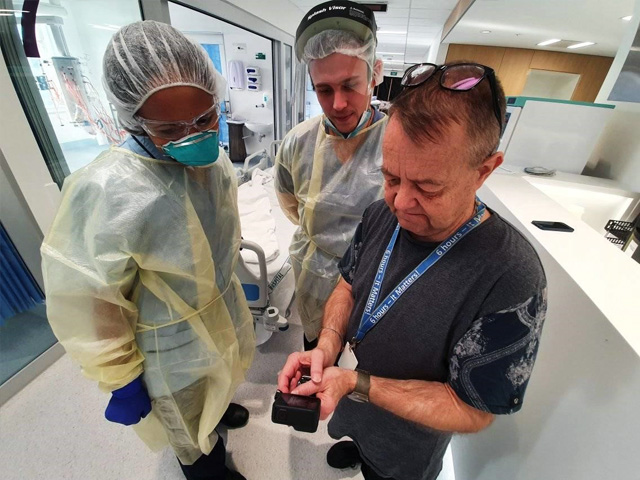 Behind the Mask moves though this human landscape using a structure which weaves together the subjects’ stories into a cohesive whole.

“It's always the interviews that shape the narrative,” Dr Trotman says. “It's a hunt to find a framework. In this film, it's the moving through the different stages of ‘wear a mask and be careful’ through to ‘Oh sh...’ And then people in tears, and people fighting with the resistance from the public. They're going into work every day dealing with people dying. And then there are people out there protesting because they want to go and get their hair cut.”

After several months pulling the interviews together, Dr Trotman and Mr Copeman were allowed access to film in Dunedin Hospital. 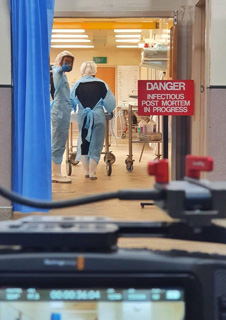 “A camera is a passport into other worlds,” Mr Copeman says. “It took us into testing centres, into ICU, the morgue, the labs where they were processing the swabs. We had incredible support from the hospital here, and pretty much free rein to go where we wanted. We're incredibly grateful to them. We couldn't have done it without the hospital staff.”

Dr Trotman says as the project developed the need to document the experiences of health workers became increasingly apparent.

“It became clear reading the news that there was a strong political will to forget this, and to forget the sacrifices that my colleagues made. Giving up seeing their families or even getting sick and dying. The amazing changes to the way they practise medicine, almost overnight. To get enough PPE for people, or to work without good enough PPE. I didn't want all of that to be forgotten, because there will be an incredibly strong political will, particularly in the States and the UK for this to be brushed under the carpet.”

A recent test screening went “very, very well” and the final version of the documentary is almost complete. The filmmakers are now looking for a distributor and will be submitting Behind the Mask to film festivals along with seeking direct releases into hospitals. It is likely to be shown in New Zealand in 2022. 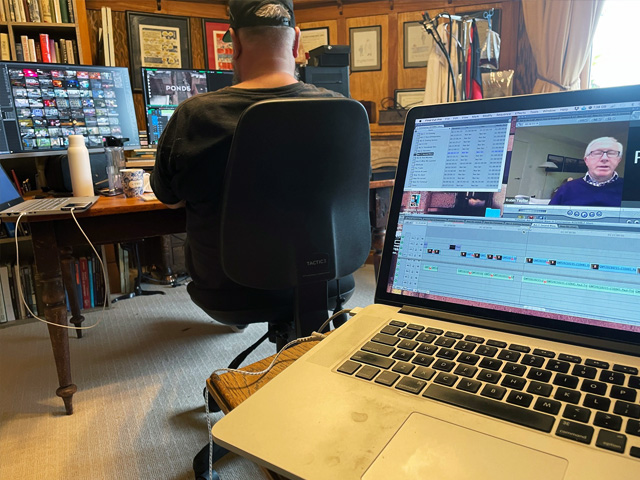 For updates on the film and its release go to www.prnfilms.co.nz or www.Facebook.com/prnfilms

Watch the trailer for Behind the Mask