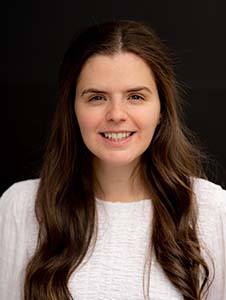 When she’s not out mountain biking or skiing at Cardrona, Dr Abigail Bland can be found in the Department of Pharmacology and Toxicology, looking at how the diabetes drug metformin can be repurposed for a subtype of lung cancer.

Dr Bland learnt that lung cancer kills more people than breast, colon and prostate cancer combined and that it is the most common cancer in New Zealand. She also realised the country was far behind the rest of the world when it comes to accessing treatments.

“We have only four lung cancer drugs available for public funding, including chemotherapy, whereas Australia has 12,” Dr Bland says.

“This inspired my PhD work as I considered the idea of repurposing the drug metformin, a first-line drug for type 2 diabetes, for the lung cancer subtype ‘ALK+’ that predominantly affects non-smokers, young people and Māori, Pacific or Asian ethnic groups.”

“Cancer is a horrific burden on families, not to mention our economy, and so helping to reduce this in any way that I can, makes me glad to get up in the morning and do what I do.”

She realised that should metformin be beneficial for cancer treatment, New Zealand could save a lot of money in both its research and the costs to the patient. In addition to this, metformin is generally well tolerated compared to other cancer drugs which have negative side effects.

“I wanted to use a drug that was already in the clinic which could be repurposed for a different disease and so I came across metformin which, if it was found to be effective in combating cancer, it could accelerate through most of the testing required for new drugs because its safety has already been proven,” Dr Bland explains.

This began her PhD journey as she examined metformin both alone and in combination with the drug crizontinib which is currently used for this type of lung cancer. She identified that metformin did not add any benefit to crizotinib, though it did have potential chemotherapeutic effects alone.

“After further research I was able to conclude that metformin had chemotherapeutic effects via mitochondria and so it was likely able to supress tumour growth by depleting the energy production of cancer cells, a theory I am continuing to explore,” Dr Bland reveals.

Dr Bland also shares why this research matters to her personally.

“I have always had an interest in cancer research as I have had many family members affected by the disease with both my grandfather and grandmother passing away from it within the last year alone.

“The sheer amount of people being diagnosed with lung cancer each year is staggering and so I wanted to be a part of the drug research working to improve their quality of life and chances of survival.

“Cancer is a horrific burden on families, not to mention our economy, and so helping to reduce this in any way that I can, makes me glad to get up in the morning and do what I do,” Dr Bland concludes.