We catch up with talented young pianist Sara Lee who has just won a major international music competition. Sara, who was born in Korea, studied in Moscow and graduated from Otago last year with a Bachelor of Music endorsed in Performance. She talks about her road from Russia to Dunedin and how studying music at Otago has inspired and influenced her career as a musician. 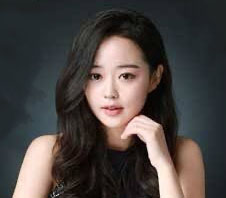 Can you give me some background about yourself? What did you do before coming to Otago?

I studied in Moscow for eight years at the Moscow Tchaikovsky Conservatory. During my study I won several international competitions. After that my parents decided to relocate to New Zealand and I spent my first year at Auckland Uni. Then in a competition I performed in, I met Professor Terence Dennis, who is my mentor now, and had an opportunity to see him perform. His performance inspired me and I decided to come to Otago.

How has your time at Otago helped you with your career and development as a musician?

I don’t know where to start. Otago Uni gave me so many opportunities to help widen my career. I was given many opportunities to perform in concerts, and those lovely audiences with great understanding of my performance amazed me every single time I played, and I really enjoyed it. Furthermore, Professors from the Music Department helped me a lot, which I really appreciate and which has been unforgettable.

Are there any lecturers that stood out for you, any special highlights and memories of your time here?

There are many Professors to thank, but I would like to mention Professor Dennis. He helped me a lot to widen my understanding and view of music, and shared ideas I would never have come across on my own. While I lived in the small city of Dunedin, studying with him I felt like I was living in a big city like Moscow. The memories from Otago Uni I believe are the happiest moments since I moved to New Zealand. As Professor Dennis is my mentor, I would like to keep studying with him.

What is it you love about being a pianist?

I started playing piano when I was six. When I first went to see a piano performance, I thought I would want to become a pianist and I haven’t changed my dream since then. Performing on the stage makes me happy and feel alive. I believe a good pianist conveys the thoughts of the composer to audiences and makes them understand, no matter if this is hard or not, and this is what I keep working on.

You have just won a major international competition, can you tell us about it?

The Prokofiev International Music Competition was established by the Ministry of Culture of the Russian Federation in 1991 to commemorate the 100th anniversary of the birth of the great composer Prokofiev. This competition is an important international music competition in Russia. In view of its extensive influence and professionalism, many future musicians from all over the world have emerged in this competition and laid a solid foundation for the future road of art.

What was your reaction to finding out you had won, and what does it mean for your career?

When I heard I won the competition I couldn’t believe that I had won among all those musicians, especially in Russia. I was so happy and excited. For winning the competition I was given prize money, an opportunity to do a concert tour in Russia and China, and to participate in master classes that are being held in Saint Petersburg.

What are you doing now? Has the pandemic disrupted your plans?

I am planning to prepare for the next international competition. In the meantime, I am teaching students who need my help, thus I am also trying to learn how to be a good teacher like Professor Dennis was for me.

I had a few plans but like everyone else they were disrupted by this pandemic. So, it’s just ‘let’s see’ where I can go.

Sara is scheduled to play in the Dunedin Town Hall with the Dunedin Symphony Orchestra at the end of November. You can watch her play the Chopin Scherzo and Scriabin Étude here: