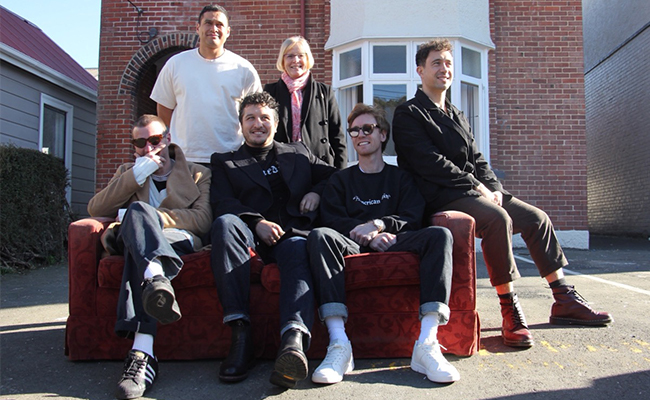 Aspiring performing artists have a new opportunity to follow their dreams thanks to a new initiative from the biggest band to have got its break at the University of Otago – and they won’t have to wait long for the opportunity.

Iconic music group SIX60 have bought their old flat in Castle Street and partnered with the University, signing an agreement at the end of July at Te Korokoro o te Tūī, Otago's new Performing Arts centre, under which both SIX60 and the University will provide two $10,000-a-year scholarships each, for a total of four aspiring Performing Arts students to live at the flat.

The successful applicants will get to live at the iconic Castle Street house where the band got their big break, plus the opportunity to receive some mentoring from the band.

The scholarships are the latest example of collegiality beyond the normal at Otago. Students at the University form incredibly strong bonds with their friends when they live together in Dunedin. These friendships last for the rest of their lives and we are constantly amazed by what Otago alumni go on to contribute to the world. SIX60 embodies this and their remarkable journey is a precious part of Otago’s story.

SIX60 lead singer Matiu Walters says the band is ecstatic to be giving back to a place that gave them their big break.

It is with immense pride that we welcome the band back as they make this extraordinarily generous gesture to support young Otago students starting out on their journey. 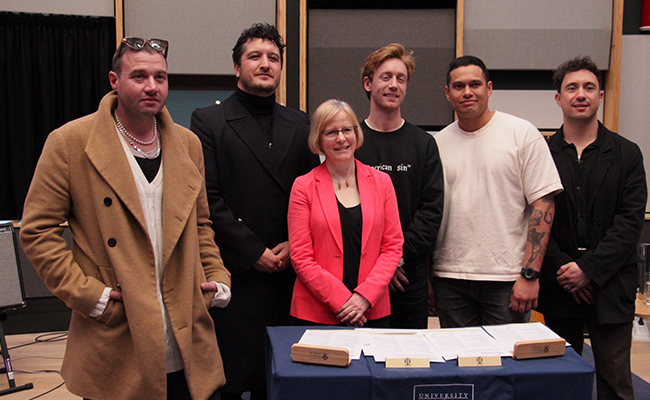 The members of SIX60 with Acting Vice-Chancellor Professor Helen Nicholson (centre) for the signing of the agreement.

“We know that Dunedin and the University of Otago is a key part of the SIX60 story and we are very pleased to be able to work with the band to create new opportunities for students,” she says.

“Alongside the recent construction of our state-of-the-art recording studio, this is a real boost for performing arts at Otago and underlines the very particular opportunities that we have for students here in Dunedin. We sincerely thank the band for giving back to the student community that they that they were once a part of.”