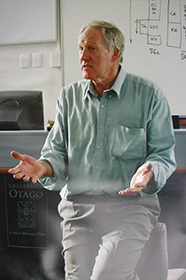 Originally planning to spend a couple of years in Dunedin, current MBA Director New Ventures Programme Richard Higham has had more than 40 years off and on involved with the University of Otago.

Born in London, he studied Greats at the University of Oxford (a course concentrating on classical studies from Ancient Rome, Greece, along with language and philosophy).

“Which meant you went to the best university in the world and you studied the best subject ever.”

Richard received a rugby blue against Cambridge in 1959 for a game at Twickenham Stadium in front of 65,000 fans, which Oxford won 9-3. 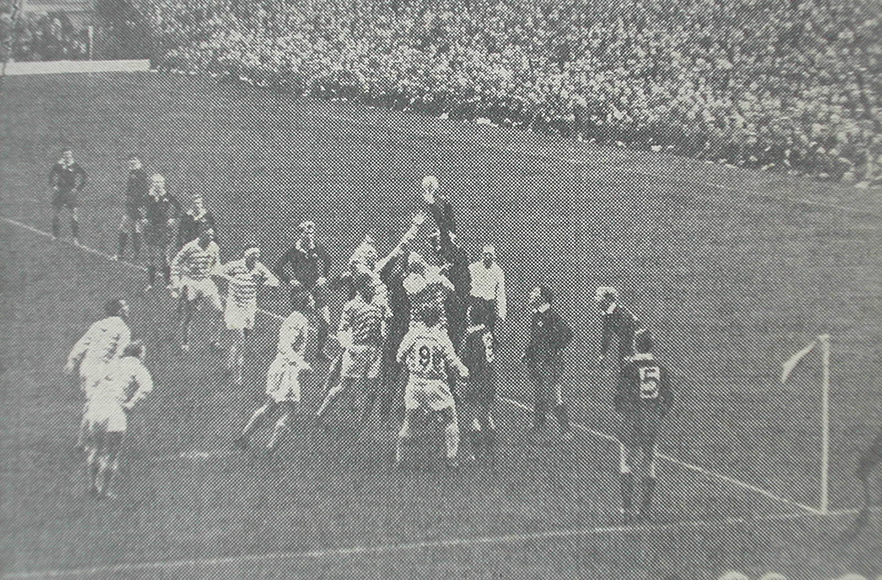 “It was all penalties, but still a very big moment in my life, which I will remember forever.”

While he was a young man the world was trying to ward off another viral pandemic (poliomyelitis or polio). After receiving a polio vaccination, he suffered paralysis in his left arm. Which Richard says wasn’t much good for a lock, so he switched to playing as a prop.

“As a prop in the scrum I used to look down to make sure that I didn’t tread on my hand as it was trailing along on the ground beside me,” he says. 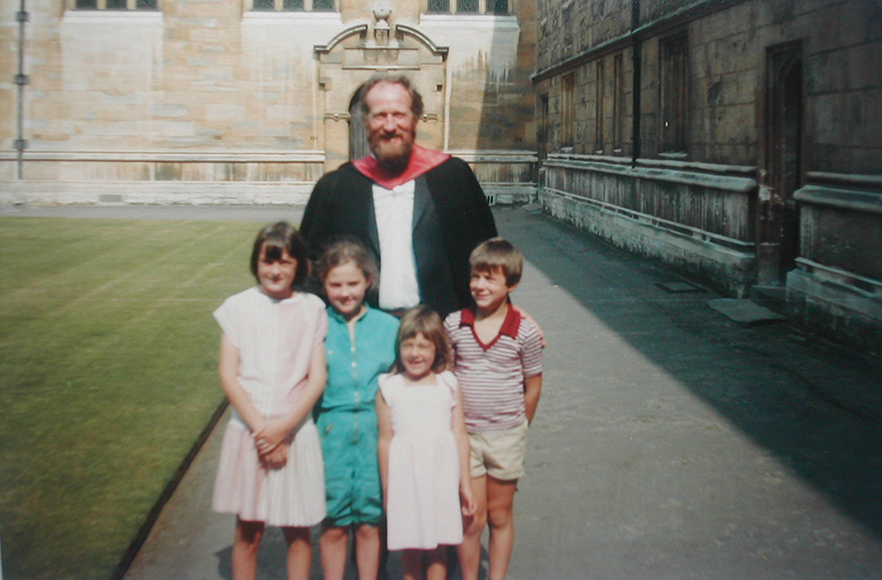 At Oxford University in 1984

At Oxford Richard studied at Wadham College, which was founded 1610 and at the time he attended only had 350 students, so was one of the smaller colleges.

After Oxford he worked for nine years at Imperial Chemical Industries (ICI) in London in a variety of roles in both Human Resources and Marketing.

“ICI was the biggest chemical company in the world when I worked for them. I could see that me trying to innovate at ICI was like driving water uphill. Later they filed for bankruptcy after doing nothing new for 20 years. One of my classic case studies is on photographic company Kodak, which stayed the same, thinking that paper was the name of the game. But Fuji put photos on computers and Kodak died. Be warned don’t assume that you can’t do things better!”

After ICI Richard moved to London Business School (LBS). At LBS he received a Sloan Fellowship, which was sponsored by former CEO of General Motors Corporation Alfred P Sloan. 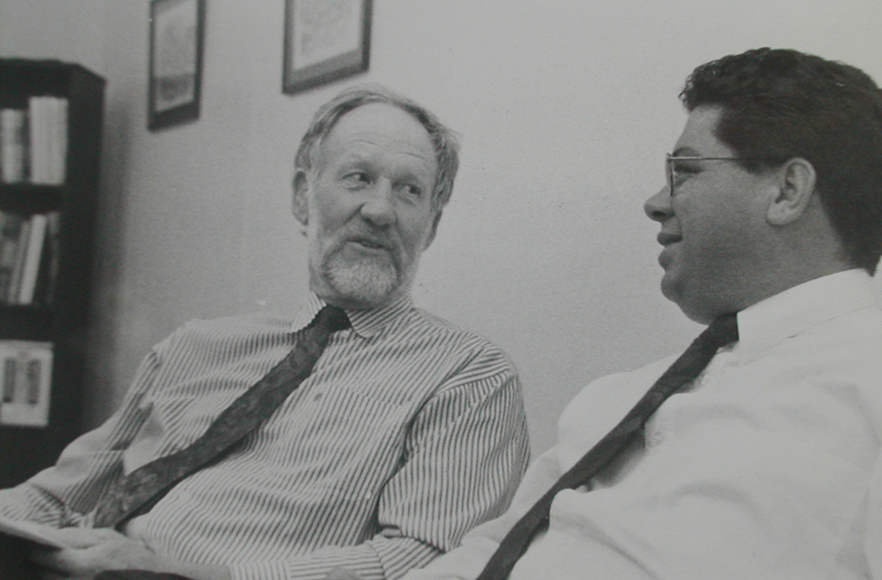 Richard being interviewed in Northland in 1997

In 1973 Richard was recruited to work at the new Business Development Centre at the University of Otago. He went on to spend 13 years as its director, during which he spent three years as the quizmaster on the TV show University Challenge, which was then filmed in Dunedin. He lost this role to Peter Sinclair when filming moved to Auckland.

“It was tremendous fun, and the students were amazing.” he says.

Richard has been living in Company Bay for around 20 years on a lifestyle block. He is very heavily involved in rugby and still teaches strategic management for the Otago MBA. His daughter Otago alumna Polly Higham (BA Hons in Geography 1989) and her partner Eric are building a house next door.

His other two daughters both studied at Otago. Kate Smith-Bingham completed a BA(Hons) in Anthropology and now lives in Kaka Point and works in Balclutha in the social service sector. Meanwhile Dinah Wales (BA(Hons) Anthropology) lives on a high-country farm near Roxburgh and works as a relief teacher at Roxburgh Area School.

“A Higham on a farm restores our connection with the land – we were thrown off our farm in Essex in the 1530s by minions of Henry VIII for remaining Roman Catholic when he established the Church of England, but amazingly the farm we owned is still called Higham’s farm 490 years later.”

At the Business School he teaches Strategic Planning for International Markets. “The international market has somewhat disappeared with the COVID‑19 crisis, but I still teach the planning side of it.” 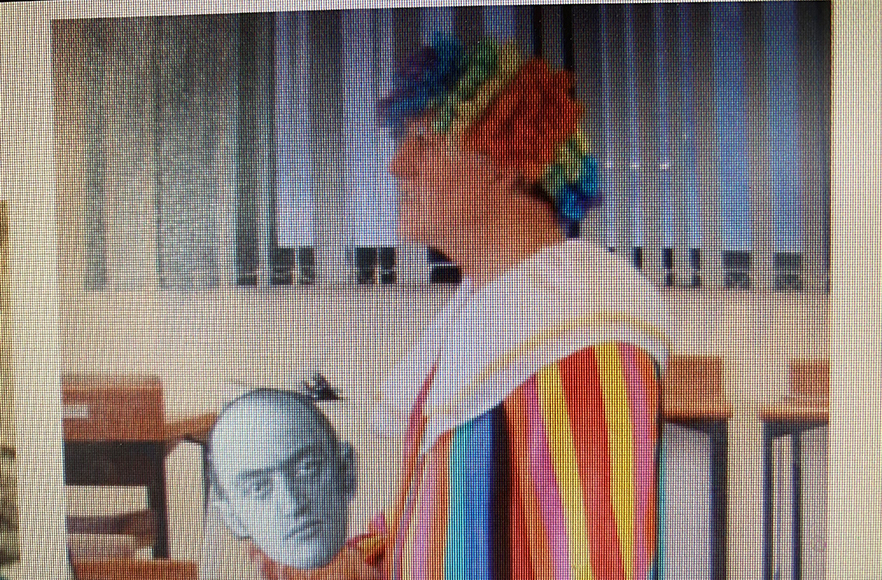 Richard clowning around in his MBA class

Richard is well known for dressing up as a clown when he teaches about German economist Joseph Schumpeter, who was an expert on entrepreneurship but who was known as a clown at the time.

When he first came to Dunedin, he joined the Otago University Rugby Football Club (OURFC), which he says alongside Oxford is one of the most famous rugby clubs in the world.

He’s a trustee for the OURFC Foundation, which provides scholarships for young rugby players. He belongs to the Light Blues (an association of former OURFC players and supporters) and is the editor of the Blooz Nooz newsletter, which he started five years ago.

Blooz Nooz started as a one-off issue for the big game between the University and its arch-rivals Southern, but has kept going since then.

Richard uses his refined research skills to dig up interesting stories on many of the leading rugby players who have come through the club.

Sadly, Richard’s wife Jane passed away in December 2019 during a trip to the UK to sell their home there and attend the sixtieth reunion of the historic match he played for Oxford at Twickenham.

“Jane was a pioneer in the Budget Advisory Service. She was a force to be reckoned with in U3A and the arts out on the peninsula (she was secretary of the Otago Peninsula Artists (OPEN) Arts group. She did lots and lots of very pioneering work,” Richard says.

His brother Charles Higham is an Emeritus Professor of Archaeology at Otago, his nephew James Higham is a Professor in the University’s Department of Tourism, and his niece is Associate Professor and Director of the Otago Centre for Sustainability.

“Everyone is a professor at the University except for me, I am just a very senior lecturer!

“I have no plans for retirement. I am only 83 for goodness’ sake, I’ve signed the contract and they can expect me back next year and I hope that it keeps on going for a few more years yet.”