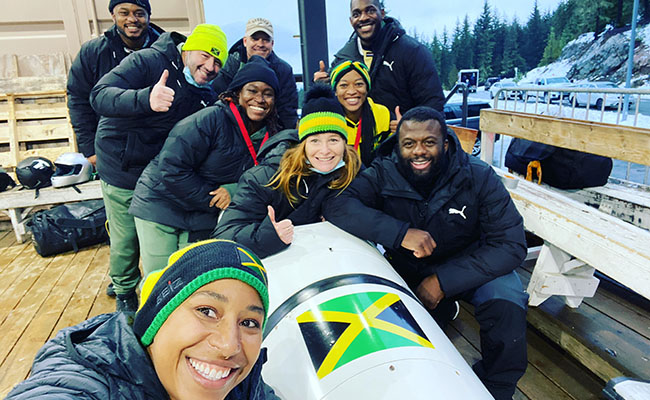 Dr Brown with the Jamaican team

From the start of her physio career Otago alumna Dr Jo Brown has worked with international sports teams. Twenty years after leaving Otago she is hoping to be off to Beijing any day now to support the Jamaican bobsled teams at this month’s Winter Olympics. She must navigate the requirement of five COVID tests within 100 hours before leaving, which is proving difficult in Queensland.

It’s 24 years since the original “Cool Runnings” team, which inspired a movie, competed at an Olympics. Jo was working as a physio with the Jamaican team at the 2018 Gold Coast Commonwealth Games, when she was approached to help prepare the country’s men’s bobsled team for an attempt to qualify for the Olympics. 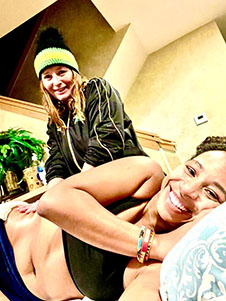 She travelled to Jamaica a couple of times in 2019 to lecture and met Nelson Christian Stokes who is President of the Jamaican bobsled team and one of the original Cool Runnings members.

Jo says Stokes asked her to work on his body. After she completed some physio work on him, he insisted that she work with the team. He said that they needed the team to be in the best mental and physical shape possible to qualify for the Winter Olympics and that’s been her mission.

Along with the men’s team she currently works with the Jamaican women’s team, which has competed at the Winter Olympics since 2014.

“COVID has stood between me and being with the team over the last 18 months, but I’ve done quite a lot online in the middle of the night here in Australia to support them.”

She went on tour fulltime with the Jamaican bobsled teams from last October and hopes to re-join them very soon. 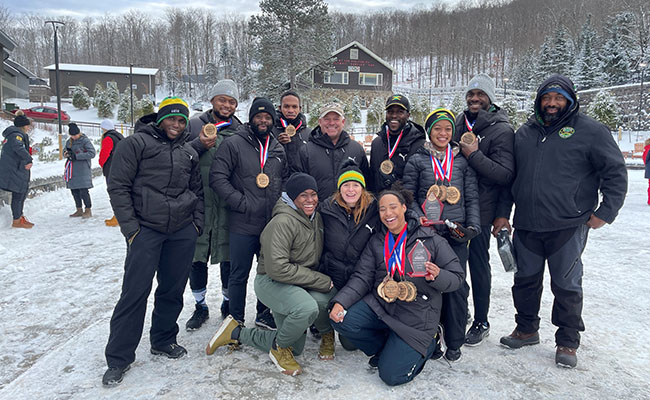 "Working for the Jamaican bobsled team was a chance to really make a difference and work with a team that didn’t have a lot of resources.”

Originally from Opotiki, on the North Island’s East Coast, sport was always part of her life. She was a keen swimmer and very active in surf lifesaving, often cycling many kilometres to get to events or practices. She had some friends who’d gone to Otago and decided it was where she wanted to study.

Jo was at Unicol for her first year, then flatted in Castle and Lees streets in Dunedin, before completing her studies in Wellington.

“It was great, I loved university. I really enjoyed Otago; the city is so taken by the University. I have been to a lot of so-called “university cities” since, but they just don’t’ have the same vibe as Otago. It’s a pretty special place to go to uni.” 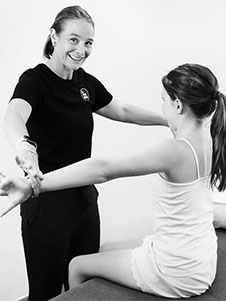 After graduating she travelled to Canada and worked on the ski patrols there, which she followed by a winter season in Methven.

“I just happened to be in the right place at the right time, as the USA ski team were training there (Methven), and their physio got injured and had to go home. So, I got to do some work with them. Also, when I was in Wellington, I got to work with the Tongan sevens rugby team, so only a year after graduating I had worked with two international sports teams.”

Jo had planned to go to the UK for her ‘OE’, but when her grandfather’s birth certificate and other supporting documents that she needed to work there were mislaid, she decided to stay on in Australia and has been based there ever since.

In Australia she has completed a Master of Sports Physiotherapy at Melbourne’s La Trobe University and her PhD at the University of the Sunshine Coast.

“The Australian beach volleyball men’s team hadn’t qualified for the Olympics for 13 years and I worked with them to help them qualify for last year’s Olympics. I’ve been working for swimming and Tennis Australia for more than 10 years.

“Each different team teaches you something more about people and about injury and sport and coping mechanisms.“

Unfortunately, due to the current pandemic Jo has had to do quite a bit of her consultation work via Zoom or on the phone.

“When I’m hiring staff (she runs her own business called Performance State on the Sunshine Coast) I often choose a Kiwi physio as they treat the whole athlete not just the injury.”

If she hadn’t been with the Jamaican bobsled team, she would have been working with the world’s elite tennis players at last month’s Australian Open.

Jo managed to get back to New Zealand for a week in May last year when the borders reopened. New Zealand will always be home and if the right opportunity came along, she may one day return, but till then she’ll be working with high performance athletes from around the globe.