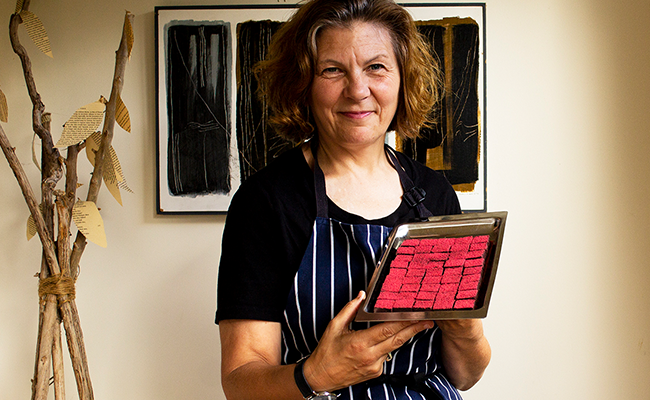 In her day job as a Virtual Engagement Coordinator, Fiona is tasked with coming up with creative ways to engage with Otago’s alumni community. (She’s based in Alumni Relations in the Clocktower if you’re ever accidentally in the area at morning tea time).

Those skills translate seamlessly to the realm of the chocolatier, where creativity, experimentation and intuition are key ingredients in the stove-top alchemy.

“It's a combination of science and magic,” Fiona explains. 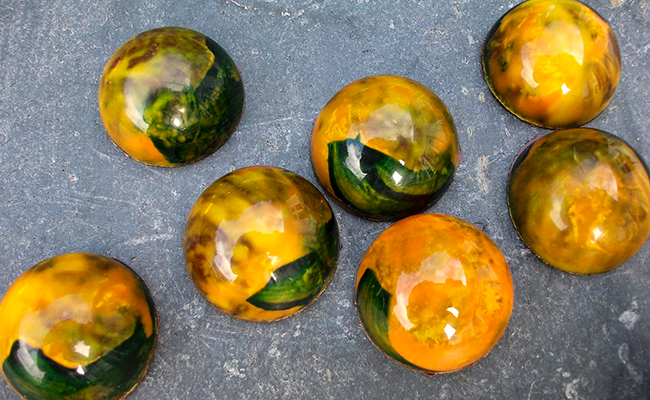 The journey to turning out perfectly shining dome-shaped “preserved lemon and basil caramels” began in 2006 when Fiona was in Melbourne for a fencing tournament. As a New Zealand representative, she was a serious fencer. But the main thing she remembers from that trip is not the stabbing people but the incredible chocolate shop she stumbled upon.

“It was a chocolate shop called Koko Black. I’d never seen or tasted anything like it. I thought this is really cool. It took me a while and I finally found a book that had some recipes and started making some and people enjoyed them so it took off from there.”

While the idea of tempering chocolate - heating and cooling chocolate to work with it – was initially intimidating, Fiona soon realised this was a very forgiving pursuit because whatever you make usually tastes good.

“You very rarely have a fail with chocolate. The first chocolates I made I took to work and everyone thought they were delicious. That’s what encouraged me.”

Her chocolates have two components – the chocolate itself (usually melted Whittaker’s) and the ganache for the filling, traditionally a combination of chocolate and cream, which can be soft or solid.

“These days I'll use things like a fruit puree as the liquid component so you get actually a really much more intense flavour. I’ve made chocolates with beer for instance or cider or wine. It can be anything really. One of my favourites is a raspberry which has got that really pure flavour.”

Bringing it all together involves the spooky stuff, figuring out proportions and temperature, managing viscosity, watching and waiting for crystallisation: “It's a lot of science but you've got to have a feel for what's going on because the chocolate feels different when it reaches the right point.” 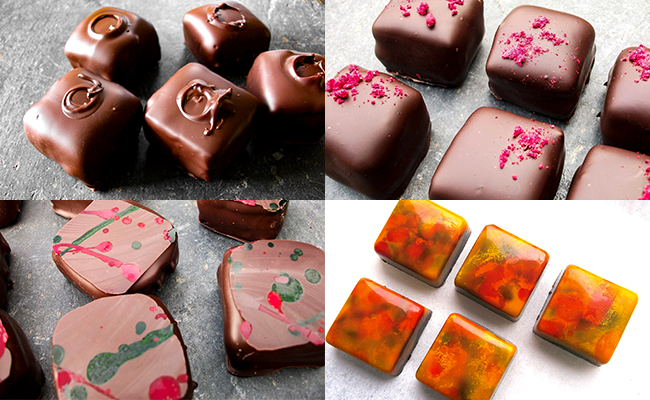 In 2012, Fiona undertook a three-month professional chocolatier qualification with Ecole Chocolat in Vancouver. As part of the programme she was required to develop original signature chocolates, so what better than a Kiwi classic?

Ideas for new flavour combinations are always floating are ready to be trialled.

“I've got a file where I write down ideas of a flavour combination that I think might work. Then I'll give it a go and assess. You never have a fail but sometimes things are just like hmmmm but other times it’s like oooooohh that’s all really good. It's often trying to find the right balance.

“Recently I'd been to the Otago Farmers Market and bought some rosemary shortbread. I was sitting there eating it and thinking it would make a really good flavour to add to a salted caramel. So, I tried rosemary and salted caramel. It really, really worked.”

One thing is for sure. Fiona will never be short of tasters.

“Everyone is very happy when I mention chocolate,” she laughs.