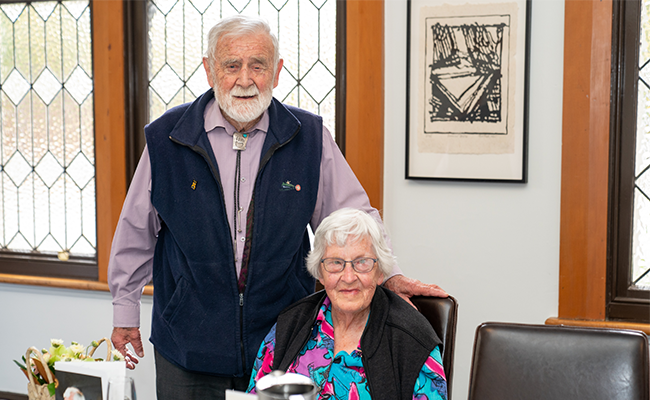 Ann Wylie with Sir Alan Mark at her centenary celebrations

I am delighted to record botanist Ann Philippa Wylie’s centenary on 12 April 2022, and particularly to acknowledge something of her involvement with the Department of Botany at the University of Otago.

Firstly, I offer my hearty personal congratulations to Ann on reaching this major milestone. I first met Ann in 1961, when she returned from overseas study in England to a Senior Lecturer position in the Botany Department, and I was a Hellaby Indigenous Grasslands Research Fellow, based in the Department; so that’s all of 61 years ago.

Ann completed a BSc and MSc with Honours in the Department of Botany in 1945. However, she began teaching there ahead of this, with three other senior female students; Betty Batham, Brenda Shore (nee Slade) and Margaret Cookson, in order to sustain the Department following the retirement, through ill-health, of its first Head, the Reverend John Holloway.

Awarded a Postgraduate Senior Scholarship for overseas study by the University of New Zealand in 1945, Ann took this offer up at the University of Manchester and completed studies there in the new fields of cytology and genetics in 1947, working in collaboration with the controversial Professor Cyril Dean Darlington. She published, with Darlington, the first Chromosome Atlas of Flowering Plants in 1948. 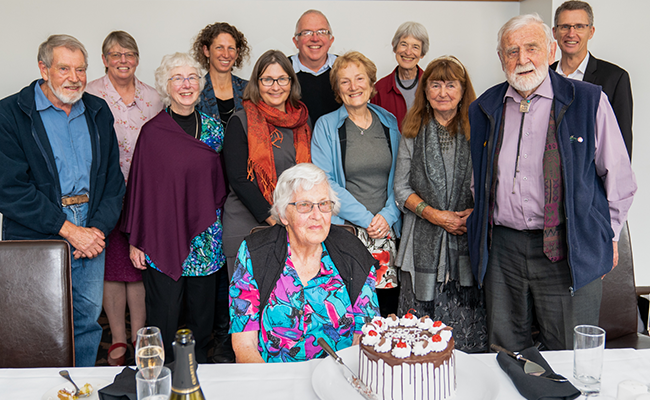 Ann then returned to Otago where she offered the first courses here in cytology and genetics. She remained here until her retirement as Associate Professor in 1987. Ann didn’t publish a great deal but was noted for keeping up to the minute with the relevant literature.

Ann also had several other distinctive qualities as a Botany staff member. She was renowned for her hawk-eyes, and was the Department’s expert proofreader: one never submitted a paper for publication without having it checked by Ann.

Ann also had an interesting but quite unorthodox filing system, with three or four piles of paper on and beside her desk, and she had an amazing ability to locate the relevant document directly and almost instantly. Ann is now residing at the Yvette Williams Retirement Village on Highgate in Dunedin.

In conclusion, I wish to offer Ann all the best for the future – she’s an example to us all.