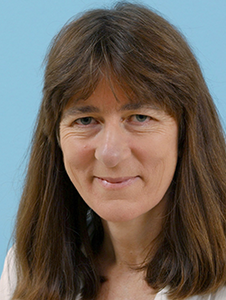 University of Otago Emerita Professor Alison Mercer ONZM is “still in a state of shock” after learning she has been elected an International Member of the National Academy of Sciences (NAS).

Alison is one of 30 new international members named in recognition of their distinguished achievements in original research.

The National Academy of Sciences is a private, nonprofit institution that was established under a congressional charter signed by President Abraham Lincoln in 1863. It provides independent, objective advice to the United States federal government and other organisations on matters related to science and technology.

“I am overwhelmed by the honour but delighted also because it allows me to maintain strong contacts with the international science community, and to contribute in some small way to the work of the Academy,” she says.

Deputy Vice-Chancellor (Research and Enterprise) Professor Richard Blaikie, says the NAS membership is an exceptionally prestigious honour for Emerita Professor Mercer, recognising the far-reaching contributions she has made to learning and memory through her research.

“She is an outstanding communicator of science and contributed tirelessly and humbly to the training of students and support of colleagues throughout her career. We are immensely proud of this richly-deserved acknowledgement of her achievements.”

“Over the years, I have had the pleasure and privilege of working with many extraordinarily talented students and early career research scientists”

Alison graduated from Otago with a PhD in Zoology in 1979. Her research interests include understanding how the brain enables animals to modify their behaviour as a result of experience. Honey bees learn floral odours very rapidly. If a floral odour is associated with a food reward, bees retain this information and use it to guide their foraging behaviour. They can also learn to avoid odours that signal danger. She says the question is, how do brains store and retrieve such information, and how can a brain tell the difference between reward and punishment?

In 2008, Alison was made an Officer of the New Zealand Order of Merit for services to science and in 2018 was awarded the status of Emerita Professor. She joins Dame Anne Salmond ONZ DBE and David Penny CNZM as current New Zealand NAS members. The total number of active members of the Academy is 2,512 and the total number of international members is 517.

“Over the years, I have had the pleasure and privilege of working with many extraordinarily talented students and early career research scientists,” she says. “Their work is strongly reflected in this wonderful honour.”

While the work of her research group focused primarily on cellular and molecular mechanisms that support learning and memory formation in the honey bee, the arrival in New Zealand of the parasitic mite, Varroa destructor (a major contributor to honey bee colony failure), prompted her to establish collaborative studies aimed at determining the impact of Varroa, and the viruses it transmits to bees, on honey bee brain function and behaviour.

In addition, work focusing on bees' primary defence against the varroa mite (varroa sensitive hygiene behaviour, VSH) has lead to the identification of varroa-related compounds that trigger VSH. This work, undertaken in collaboration with colleagues at the French National Research Institute for Agriculture, Food and Environment in Avignon, reveals that bees performing VSH behaviour have the ability to differentiate healthy brood odours from brood odours that contain varroa-related compounds, an ability most honey bee workers apparently lack.

“These recent findings open the door to providing a tool to aid the identification of honey bee colonies that show varroa resistance.”