Otago graduates head for US with prestigious Fulbright Scholarships 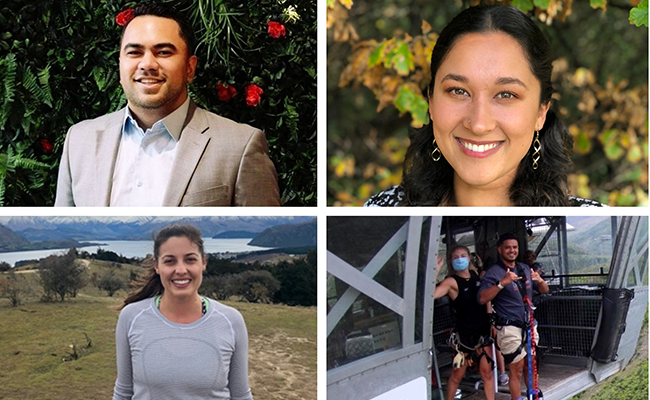 Five Otago graduates are heading to universities across the United States (US), after being named in this year’s cohort of 27 Fulbright New Zealand Award winners.

Dr Will Flavell (Ngā Puhi, Ngāti Whatua, Tainui, Ngāti Maniapoto), Anna Clark, Sophie Oliff, Ngarangi Haerewa (Te-Whanau-ā-Apanui) and Jordan Hamel will head to the University of Massachusetts, Cornell, Harvard, the University of California and the University of Michigan respectively, to undertake research and postgraduate study in their areas.

Established in the US in 1946, the Fulbright programme is one of the largest educational exchanges of scholars in the world.

Dr Will Flavell has been awarded the Fulbright-Ngā Pae o te Māramatanga Scholar Award and will be heading to the University of Massachusetts Boston and Amherst, to research how language, culture and identity feature in the schooling experiences of Native American Youth in Massachusetts.

Dr Flavell completed his Doctor of Education at Otago in 2020 and is the Kaihautū Māori at Te Hononga Akoranga COMET Auckland and an elected member of the Henderson-Massey Local Board.

“I am ecstatic about receiving the Fulbright-Ngā Pae o te Māramatanga Scholar Award. It’s an honour considering all the previous winners of this award who are prominent international indigenous scholars,” says Dr Flavell.

“The opportunity to work alongside indigenous youth in the United States will strengthen my understanding of some of the issues that are important to them. The learnings I take from the experience there will help inform my advocacy work for rangatahi Māori here in Aotearoa.”

Dr Flavell leaves for the US in December, returning in April 2023 - “I’m told to pack a heavy coat, woolly hat, and a pair of boots.”

Guided by indigenous academic staff based at the universities, he will be conducting face-to-face interviews with Native American Youth living in Massachusetts, asking questions about how language, identity, and culture feature in their school experiences. “I want to see if those experiences are similar to rangatahi Māori.”

He says he is excited about the opportunity to engage with Native American tribes. “It has always been my dream to understand how other indigenous groups see the world. Some are working on language revitalisation programmes and ways of reaffirming their indigenous identity. I am passionate about te ao Māori and would like to share my learnings with the indigenous tribes.”

Anna says she chose Cornell University because she wants to “learn from the best”. “That’s where the world leading experts in my PhD methodology are based. It’s an added bonus that Cornell has an amazing campus with lots of nature!”

It is an incredible opportunity to travel, conduct research with a new team, network and collaborate, she says. She hopes to bring back to Aotearoa some innovative new ways of working.

In addition to the research, she is planning on making the most of the cultural exchange part of the scholarship.

“I’m really looking forward to watching Broadway shows in NYC, seeing the scale of the Grand Canyon, and learning how to ice skate – Cornell is renowned for their ice hockey.”

Anna was grateful for the support she had received from her family, friends and colleagues which had enabled her to get this far in in academic career. She will leave in August to spend a year in America.

Sophie will complete a Master of Science in Clinical Service Operations at Harvard University in Boston, Massachusetts. She graduated with a BHSc (Hons) in Population Health in 2013 from the University of Auckland, and a BPharm in 2016 from Otago.

In 2020 Sophie was also a recipient of an Otago 20Twenties Young Alumni Award in recognition of leadership and volunteer work in the health sector.

She says she was “beyond thrilled!” when she heard she had received the Fulbright award.

“A colleague said I floated instead of walked the day I got the call at work! I'm still pinching myself that I'm heading to the US in less than a couple of months.” Sophie leaves for the US in August and will start her master’s in September.

“I accepted the offer from Harvard University and their Master of Science Clinical Service Operations because I want to return to New Zealand, inject new thinking, ways of working and innovation into New Zealand's health system, during an immediate period of system reform and emerging, complex health system opportunities and issues,” she says.

“My goal is to be an influential and compassionate leader of our public health system, where I will integrate clinical experience and systems thinking.”

Sophie has been working at the Ministry of Health as the Clinical Principal Advisor, Allied Health Professions. “My primary focus is work that promotes and develops the pot of gold which is Allied Health, but as a wider Office of Chief Clinical Officers, we work collaboratively across medical, nursing and allied health. The last 12 months has been a whirlwind of COVID-19 related health system preparedness work, workforce development and supporting national models of care development.”

Since graduating from Otago, Sophie says she has been fortunate to have mentors and roles which have “turbo-charged my development and experience across the health sector”. She has worked with the Ministry of Health at a whole of system level, with District Health Boards delivering performance improvements and redesigning models of care for acute medical units, surgical models of care, inpatient wards, frailty and primary care integration.

“Having a pharmacy background has given me an understanding of implementation within a clinical environment, and my wider experience in board governance, social entrepreneurship (thank you Ignite Consultants!) and population health has allowed me to understand the impact at a system level.”

Ngarangi initially received the Fulbright Award in 2020 but deferred it until this year due to the COVID-19 pandemic. He will complete a Master of Public Policy specialising in Development at the University of California, Berkeley, California.

“It’s been a journey of patience, but I’m glad to finally be going this year,” he says.

Ngarangi has been working in financial regulation at the Reserve Bank and more recently at the Financial Markets Authority, as a strategic adviser helping to design strategies to improve the state of the Māori economy and financial services.

“My focus at Berkeley will be the same. While it will be toward a Master of Public Policy, I will specialise in public policy to acquire large scale problem-solving and development policy skills to continue the evolution of the Māori economy.”

Ngarangi graduated with a BA in Communications (Hons First Class) from Otago in 2015.

Jordan will complete a Master of Fine Arts in Creative Writing at the University of Michigan in Ann Arbor, Michigan. He graduated with a BA and LLB in 2015 from Otago. 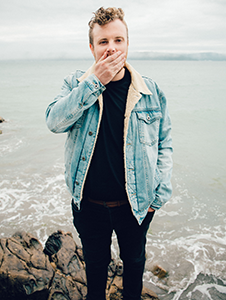 He says he found out he’d been awarded the Fulbright via phone in the middle of a work day, and his reaction was “pure shock”.

While at Ann Arbor, he will be focusing on poetry, specifically writing his second collection. “Since leaving Otago I’ve been pursuing writing more seriously,” he says.

He was the 2018 New Zealand Poetry Slam Champion, regularly contributes columns and essays to places like Newsroom, The Sunday Star Times and The Spinoff, has been co-editing an anthology of Aotearoa Climate Change Poetry that will be published by Auckland University Press in July and his first collection of poetry was recently published by Dead Bird Books, reaching number one on The Spinoff's Unity Books Bestseller list.

“I’ve also had a fulltime job as a then-lawyer, now policy advisor, but that’s not as exciting.”

He leaves for the US in August.

The new Fulbright scholars will be honoured at the Fulbright Awards Ceremony at the National Library in Wellington on 27 June, hosted by Hon Aupito William Sio, Minister for Pacific Peoples and Minister for Courts.

Penelope Borland, Executive Director of Fulbright New Zealand says, “This year we’re thrilled to be able to announce and honour a full cohort of New Zealand Fulbright grantees who will be taking up their awards in person in the US shortly.

“Every year I’m heartened to see such a talented group of individuals receiving these life-changing awards. It’s especially rewarding to see the wide array of disciplines represented this year, from molecular engineering, to music, to performance poetry. I know that whatever the area of research, all the new grantees will uphold the key mission of the Fulbright programme—to enhance global and intercultural understanding and advance public good.”