Law scholarship recipient to focus on recognition of tikanga Māori 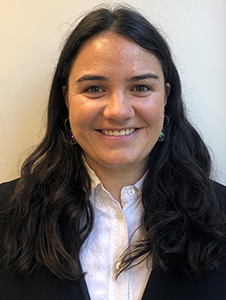 Otago Law alumna Josie Te Rata (Ngāti Raukawa) is one of two recipients of this year’s New Zealand Law Foundation Ethel Benjamin Scholarships, and will be studying for a Master of Laws degree at Harvard University, on a Frank Knox Memorial Fellowship.

Through the Ethel Benjamin scholarships, the Law Foundation supports women to undertake postgraduate research in law that will protect and promote the legal interests of the New Zealand public.

Josie graduated from Otago in 2017 with a conjoint Bachelor of Laws with Honours and Bachelor of Science, and is currently an Associate at Whāia Legal, a kaupapa Māori law firm that primarily services iwi and hapū clients.

"How can our constitutional arrangements create space for indigenous self-determination, while at the same time developing a legal system that draws on both English and Māori traditions?"

Josie says New Zealand’s legal system is currently on the cusp of a significant transformation.

“The courts are becoming increasingly willing to recognise and enforce tikanga Māori both as an independent source of law and as part of the values of our common law. In parallel, the constitutional significance of the Treaty of Waitangi continues to grow, with major legal implications for the Crown and for Māori.

“This period of transformation raises a number of important questions for Māori and for the nation. How can our constitutional arrangements create space for indigenous self-determination, while at the same time developing a legal system that draws on both English and Māori traditions? How can the integrity of tikanga be maintained if it is to be interpreted and applied by existing, largely non-Māori institutions?”

Josie says these questions will be central to her proposed study. Afterwards, she intends to return to New Zealand to continue her work as an advocate for Māori clients in private practice. Additionally, a postgraduate qualification will allow her to contribute in other ways, through teaching and lecturing, as well as by contributing to significant policy and law reform projects.

Josie has previously held the coveted role of a clerk to the Supreme Court, working for Honourable Justice Mark O’Regan.

Professor Jacinta Ruru, Inaugural Sesquicentennial Distinguished Chair in the Faculty of Law at the University of Otago, describes Josie as “a powerful Māori scholar” and admires her “intellect, compassion and commitment to knowledge-seeking, problem-solving and justice”.

Professor Ruru says Josie is “is well on her way to contributing all she can to making this world a better place”.

Charlotte Agnew-Harrington also received an Ethel Benjamin Scholarship and will look at finding ways to use litigation to remedy bias in public decision-making, while studying for her Master of Laws in North America.