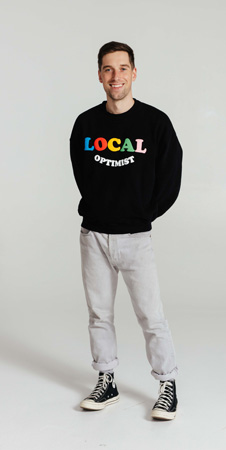 Otago graduate Sam Stuchbury:
‘I would make a fairly bad employee because I don't really like listening to rules and doing what people tell me.’

It was the government safety message that went seriously, globally, viral.

Deftly using humour as a courier for a serious message, it’s the type of nimble solution which is becoming synonymous with Auckland creative agency Motion Sickness, founded by Otago alumnus Sam Stuchbury.

The agency is justly proud of turning a dry government brief into an online blockbuster which won Sam and the team a Silver Screen Young Director Award at the Cannes Lions International Festival of Creativity.

But beyond the numbers and the accolades, it’s the real-world impact of the Keep It Real Online advertisement which Sam finds most satisfying.

“The government measures school computer networks and before the campaign they were getting 350,000 searches a day for kids looking for inappropriate content.

“After the campaign it was down to less than 1,000 a day, so they're really stoked because it showed that the awareness around the problems and the conversations that parents had with their kids was having a direct impact on the kids’ behaviour in schools.”

Like all good University of Otago stories this one begins in a student flat.

Sam conceived the business in an old wooden flat called the Lighthouse in North Dunedin. It was cold, of course it was cold, and he was enjoying the student lifestyle. Later, he brought onto the team his girlfriend Hilary Ngan Kee and school-friend Alex McManus, both also Otago students.

“We were approaching the end of our degrees and we saw a gap in the market and had decided we didn't really want to work for anybody.”

Sam had moved south from Auckland to study marketing and spent four years at Otago, graduating with a Bachelor of Applied Science, with a major in Communication Design, and a minor in Marketing.

His passion was visual arts and graphic design and he knew he wanted to make a career in the creative field.

“One of the best things I found at Otago, especially for somebody who’s creative, was the freedom to figure out what we liked and the range of projects that we could bring to the table to use for our courses.”

“One of the best things I found at Otago, especially for somebody who’s creative, was the freedom to figure out what we liked and the range of projects that we could bring to the table to use for our courses. That's what allowed me to experiment with film and making short documentaries and photography. I was able to explore what I liked and what I was good at so I'm really grateful for that.”

His student CV is classic Otago – starting in a residential hall, Castle St in second year, a series of student flats, a heady mix of study and socialising.

“We were definitely living the cliche student lifestyle but I absolutely loved it. The friends we made there and the experiences were invaluable. I think what people miss by not going to Otago is that the university is great, but I learned just as much about myself and how to interact with people and how to interact in society.

“The situations you’re put in and the people you meet and being away from home just forces you to kind of grow up in a good way, which I think was really valuable.”

After moving back to Auckland, Motion Sickness expanded to a full-service creative agency including brand strategy, full campaign development, digital content and production. 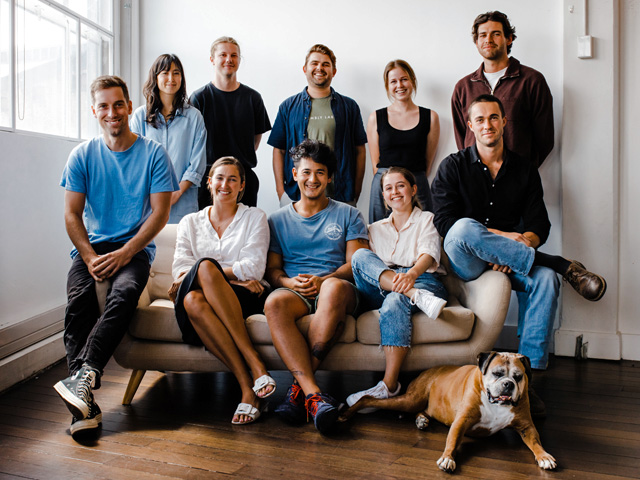 The Motion Sickness team: ‘Gen Z now make memes about Millennials – we used to do that about boomers. How the tables have turned!’

The team had strong skills in visual storytelling and an early understanding of the power of the internet. Youth was very much on their side. They were native users of the tools they wanted to employ in their campaigns which gave them insights into how to unlock this new media landscape. And their timing was just about perfect, arriving on the scene as social media channels began allowing advertisements.

Hilary (BCom, Marketing) is now Head of Strategy, Alex (Bachelor of Laws) is Head of Digital and the agency has steadily grown on the strength of a series of bold and imaginative campaigns for leading brands.

In 2018, Sam was the only New Zealander named on Forbes’ 30 Under 30 Asian list of creative disrupters.

“I think in our first year of business we did about $30,000 revenue for the whole business. But now we've got 15 staff members and are doing some of the biggest campaigns in New Zealand. We feel like we've come a long way but also there's still that massive opportunity to go further.”

It’s a fast-moving world. At the age of 30, Sam is one of the oldest members of the company, which in online terms makes him positively ancient to younger audiences with their own vocabulary and visual languages.

“It's always been that we’re the young people in the industry. But now I'm 30 it's important to realise that when we're doing campaigns trying to reach 12 to 18-year-olds, that is very different to our age bracket, and so we're very aware that it's important to be aware of those idiosyncrasies . . .

“Gen Z now make memes about Millennials – we used to do that about boomers. How the tables have turned!

“Technology is moving so quickly. Every three or four year age bracket, the way people interact with technology or the way they consume brands is very different. Where some people fall over is that they assume all ‘young people’ interact with brands in the same way but those different brackets are very different.”

Going viral and beyond

After the success of the first Keep It Real Online advertisement, aimed at parents and caregivers, Motion Sickness won the bid to produce an online safety campaign targeting 12 to 18-year-olds.

This was another challenge altogether. How would they create something which would not only appeal to this age group, but keep them engaged? The solution was a web-based TV series called The Eggplant, a comedy-drama-whodunnit wrapped around a series of online safety messages.

Featuring Karen O’Leary, the deadpan star of Wellington Paranormal, it tells the story of a school principal trying to solve the mystery of a giant eggplant left on the school rugby field. 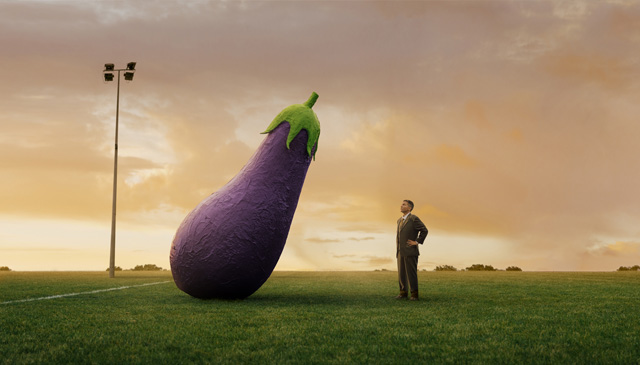 The Eggplant: A comedy-drama-whodunnit wrapped around a series of online safety messages.

The eggplant emoji is an example of the online generational gap Sam was referencing. Widely used by young people, its significance is likely to pass right by their parents and caregivers. The Department of Internal Affairs was moved to issue an eggplant explainer statement in association with the campaign: “Young people get it and the mini-series was developed with them and for them.”.

The series steps through the emotional battlegrounds of teenage life in the 2020s and explores the consequences of harmful online behaviour. It’s funny, fast-moving and contains both deeply unsettling insights and redemptive lessons. The trauma of online bullying and the speed at which a person’s life can be attacked by an unthinking pile-on is brought home with genuine emotional power (Warning: Episode 2 may make you cry).

Motion Sickness used teenage focus groups and included the young cast in the script development, learning along the way.

“We were testing the script and getting them involved in the writing process, and you're really just checking everything to make sure that even little things like the vocabulary and language we're using was relatable.”

Production-wise it was another step up from previous projects. A Motion Sickness team wrote the script and Sam was the director, helming a full crew and shooting to a tight schedule in the knowledge that the show had to stack up visually with what the teen audience was watching on Netflix or Disney.

“It was a daunting task because we had 10 days to shoot the whole thing. And we ended up shooting 77 minutes of content that was almost like a feature film in 10 days. It was a wild ride.”

The Eggplant has been another online hit with more than 250,000 streams across YouTube and TVNZ On Demand. Clips have also gone viral on video sharing social network Tik Tok with more than 3 million views.

“The response has been amazing. When you produce something like that you’re always a little bit nervous of how it's going to go down but the sentiment across everything is going really well and it’s had a broad reach. We've heard of young kids liking it, teenagers, even parents watching it with their kids, which is pretty cool.”

Perhaps not surprisingly, the experience of making The Eggplant has sent the agency off in another direction – towards producing its own original TV shows. In keeping with the theme of the fast-paced environment in which they operate, this process is already under way.

“We definitely learned a lot so we're pitching a couple of TV shows at the moment because we had such a great time . . . We've got one show in particular, a comedy TV series in the pre-production writing phase at the moment.”

It would be foolish to try and predict where Motion Sickness will be in five years, or even this time in 2022. Judging by the quality of The Eggplant, an entertainment production wing added to the full service-agency would have a bright future. But then again, these Otago graduates might well have shot off in a different direction, figuring out where the curve is going next so they can stay a step ahead of it.

“I love what I’m doing,” says Sam. “I would make a fairly bad employee because I don't really like listening to rules and doing what people tell me. The fact that I can still work for myself with people that I like each day is pretty amazing. It has its challenges, like any job, and stressful times but on the whole I really love it.”

Making a difference - Remembering Sophia
The first Sophia Michelle McMillan Crestani Scholarship was awarded in March this year and fundraising for a second is well advanced.