The first publication in a trilogy of papers concerning three archaeologically significant scoria blocks, most likely marae stones, which were discovered on Rakiura, Tautuku Peninsula and Kings Rock (Mahaka Point) on the Catlins coast, was published in the international journal Geoarchaeology in February.

The composition of the shaped stone blocks has been identified with the help of Otago’s Centre for Micro and Nanoscale Imaging (OMNI) and supports the theory that early east Polynesian settlers may have sailed directly to southern New Zealand from their ancestral home in the Hawaiki zone, over 5,000 km of open water from Tahiti, rather than first arriving in the North Island. It is thought the stones were carried with them and were placed at different locations on arrival in the south.

Authored by retired Kerikeri geologist Dr Ross Ramsay; research associates Graeme Collett (a Dunedin College of Education alumnus and private researcher of Dunedin) and Otago alumna Georgia Kerby; and consultant Gael Ramsay, the paper documents the mineralogy and geochemistry of the three stones, which have been found within or associated with Māori occupation sites. 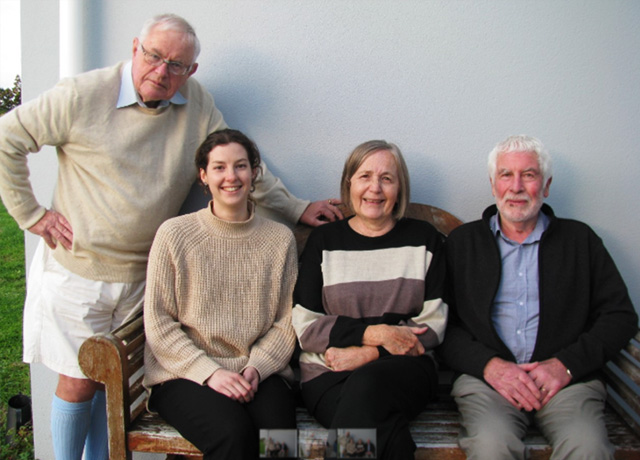 The study has found the blocks are closely related to lavas from volcanic oceanic islands. Comparisons made with broadly similar alkaline volcanic complexes on the mainland and off-shore NZ islands show the stones are exotic, with the closest comparison being lavas from the Society Islands, French Polynesia.

The paper says this significant finding means the scoria blocks are the first pre-European artefacts found within secure occupation sites in New Zealand whose origins can reliably be traced to their source island group in the eastern Pacific.

The findings suggest that it is possible the voyagers sailed directly to southern New Zealand, following the patterns of migratory birds, rather than island-hopping through the Tonga-Kermadec arc and then fanning out around the North Island, as other waka are thought to have done.

In 1940, archaeologist, Dunedin College of Education alumnus and Otago Museum Education Officer Les Lockerbie first set out his ideas that the Kings Rock block might be exotic to New Zealand. In a subsequent comment published in the Otago Daily Times in 1961, Lockerbie stated “I do not hold with the theory that Polynesians definitely landed first in the North Island and gradually spread south. While this might have occurred, there is as yet no evidence to support this theory and there is nothing to consider the possibility that canoes, intentionally or otherwise, could have arrived at Stewart Island as early as anywhere else”. 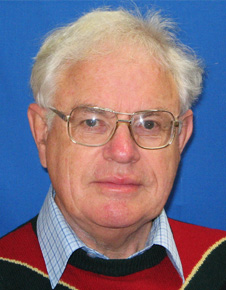 Dr Ramsay says, “of particular interest is that all three scoria blocks have turned up in the southern part of the South Island, possibly suggesting that these early navigators did not go touring around the North Island before coming south.”

He says if this is the case “we’re talking about navigators with extraordinary ability”, and the fact they took the blocks with them is an indicator they fully expected to arrive at a destination.

The three stones were discovered over a number of years, the first being found by Les Lockerbie and David Teviotdale in January 1939 at Kings Rock in the Catlins. Lockerbie wrote up the Kings Rock excavation and published his findings in 1940, expressing his view that the scoria block was possibly exotic to New Zealand.

Dr Ramsay says this important publication was ignored by subsequent archaeologists. “Unfortunately, the facilities of OMNI were not available to Lockerbie at the time”.

In 1956 Les Lockerbie commenced excavations at Tautuku Peninsula, on the Catlins coast. The second block was uncovered at this site by Bill Knox in November 1963. A controlled excavation was immediately initiated by Lockerbie, who was widely regarded as the father of the application of stratigraphy and carbon-dating in NZ archaeological excavations.

One of the authors of the current paper, Graeme Collett, worked closely with Les Lockerbie and is an important link with Lockerbie's thinking on these blocks.

The third block was discovered in 1974 by Phillip Smith (Kāti Māmoe), adjacent to an extensive Māori cooking area in sand dunes on the Old Neck, Rakiura (Stewart Island). The block sat in his garden for more than 40 years, until Russell Beck, former Director of the Southland Museum and Art Gallery, visited Rakiura in mid-2015 and while on the island Smith offered to show him the rock. Beck instantly recognised that it was scoria and linked it to the two other blocks that had been found on the Catlins coast.

Beck informed Dr Ramsay about the block, and he in turn took a sample to Scanning Electron Microscopy (SEM) specialist Liz Girvan at OMNI in December 2015 for chemical analysis. 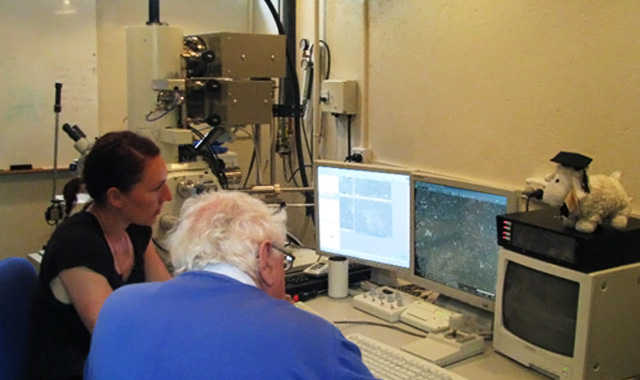 The analyses made during 2015 and in the following year strongly indicated that all three blocks were derived from oceanic island lava, such as found in the eastern Pacific. Scoria does not occur on Rakiura, or in Southland or the Catlins.

The three blocks were analysed by Girvan and all three were found to be geochemically closely related. 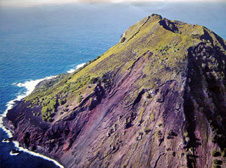 Dr Ramsay then carried out extensive trace element and isotope analyses of the three blocks through an internationally-recognised overseas laboratory. A compilation of these data by the paper’s authors has demonstrated that all three blocks are exotic to New Zealand and can most reasonably be traced to Mehetia Island in the Society Islands.

“This research catapults these blocks to among the most important extant early Polynesian – proto-Māori – artefacts found in New Zealand, and moreover raises questions as to migration routes to southern New Zealand taken by these early navigators,” says Dr Ramsay.

Otago alumna Georgia Kerby became involved in the scoria blocks research project after graduating from Otago with a Master’s in Anthropology in 2017.

“As a recent graduate there can be a lot of pressure to publish soon after university or while pursuing other study, but I found it very challenging to pursue publishing while finding a heritage-related job. The scoria research enabled me to work with an amazing multi-disciplinary team with backgrounds in South Island archaeology, social history and geology,” says Georgia, who is now Exhibitions Curator at Kiwi North Museum, Kiwi House and Heritage Park in Whangarei. 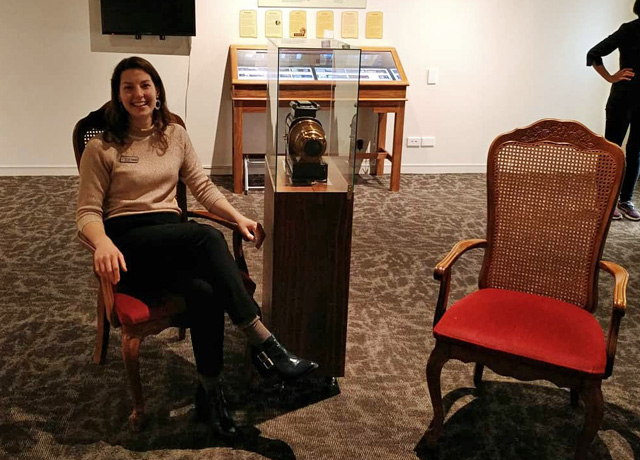 As Georgia specialised in NZ archaeology for her master’s study, she was able to assist in placing the scoria blocks in an archaeological context, in collating geochemical data into a suitable format for plotting and beginning to explore the oral history and wider Pacific contexts.

“Joining with a small group who are widely published in expert fields has given me the experience and confidence to start publishing my own work. I am super fortunate to have met this humble team who through hard work and passion have published some of the most significant results in NZ archaeology and have carried on the legacies of Les Lockerbie, Henry Skinner and Russell Beck.”

The newly-published paper deals with the mineralogy and geochemical composition of the blocks and their attribution to a source in eastern Polynesia. The second paper in the trilogy deals with the blocks’ history and archaeological context and will be published soon. The third deals with shared place names between Mehetia Island and New Zealand. This joint paper is currently in preparation for publication.