A desire to see Scottish traditions continue is behind the new Deed of Gift from the Caledonian Society of Otago to the University of Otago.

The Society was established in Dunedin in 1862. It hosted its first Caledonian Games and ball in 1863, and New Zealand’s first athletics championship in 1889 on land bordering Andersons Bay and Hillside roads in Dunedin. 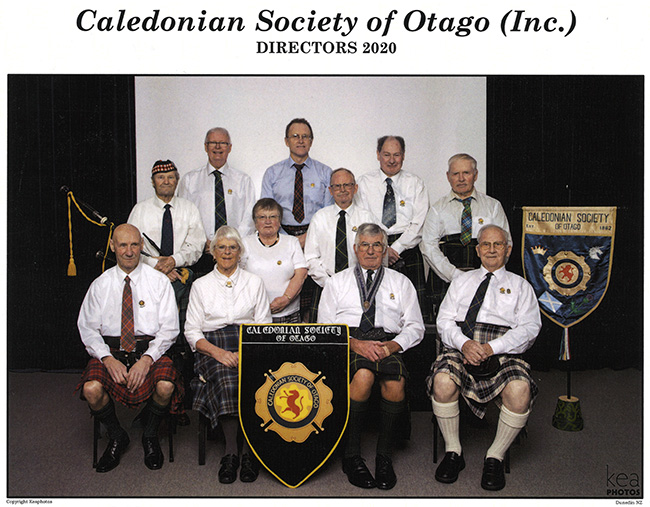 The Society was based on four traditions: Benevolence; Education; Literature; and Customs and Accomplishments. Current Society President Morgan Hewland says the gift to the University of just over $20,000 fits in with the foundations of the Society of supporting education and literature – the funds will go to the University’s Centre for Irish and Scottish Studies.

“The money will go toward a scholarship which will be chosen by the professor there and used for students of Scottish literature. So, we’re now turning the wheel and going back our original objectives.”

The Society is closing after 158 years of operating in Dunedin, due to an ageing and declining membership. It once limited its directors to a maximum of 50 people, but today has 33 members who are ageing and less inclined to attend its activities, Morgan says.

Along with Life Directors John Stinson and Netty Lastovicka, Morgan says they have done their share of service to the Society and at this year’s AGM it was decided to wind up the organisation.

He says like himself some of the members will continue their support of the Otago Scottish Heritage Council, which will receive many of the Society’s assets and any remaining funds after its closure.

“The scholarship will bear the name of the Society and keep it going in perpetuity,” Morgan says. 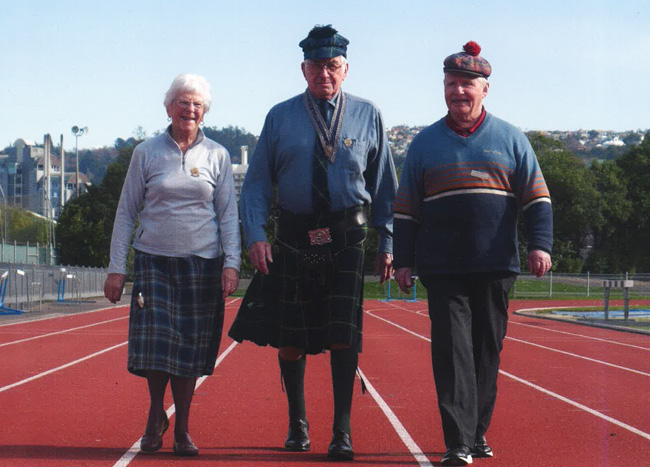 The Society met monthly at the Caversham Athletics Club rooms for many years, “as sports are a key part of its formation,” John says.

Netty says the group still helps run a Highland Games demonstration at the annual Taieri A&P Show, and has games equipment in a storage shed in Tahuna.

“We are worried about who will continue running the Highland Games in the long-term.

“We hope that the Centre for Irish and Scottish Studies will continue some of the Society’s traditions, including the Highlands Games.”

John says the Society introduced night school classes in Dunedin only a few years after the University of Otago opened its doors.

“Education is a key part of our formation and it’s nice that we can support future Scottish literature students through this scholarship.”