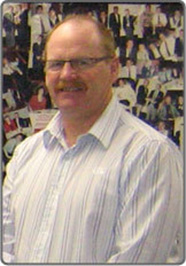 An Otago alumnus with a high-level sporting pedigree has linked with present-day students to deliver well-being programmes to Dunedin schools.

Steve Martin is well known in Otago rugby circles as a former coach of the Otago Air NZ Cup side and former assistant coach with the Highlanders.

But for the past 10 years he has worked as the General Manager of Southern Zone Rugby League.

Steve says a key philosophy of rugby league in New Zealand is connecting with young people to improve their physical activity above and beyond playing the game.

With this in mind, he and his team have introduced a programme in Dunedin schools incorporating components of physical skills work, nutrition and resilience. 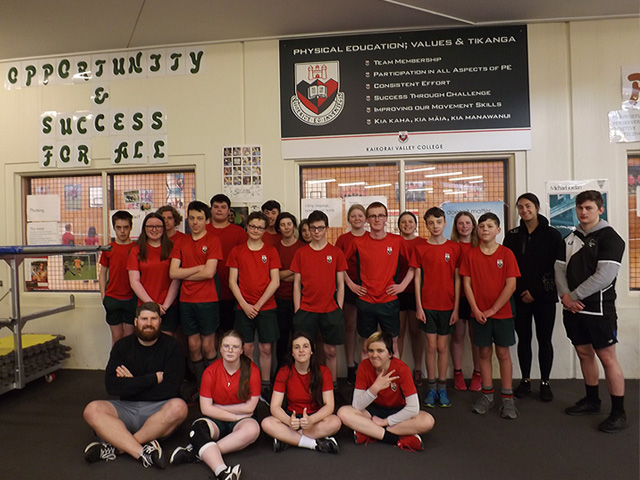 “For us in rugby league we want people to be engaged in our sport, but we also have care and concern for the young people in our community as a mandate.

“We’re always looking to develop programmes with content that is not just about rugby league. This has led to us working on a number of things with well-being a big component.”

As an Otago PE graduate, he naturally looked to the University as a resource to help deliver the project.

This has involved connecting with both the School of Physical, Sport and Exercise Sciences and the Department of Human Nutrition.

Students accompanied rugby league development officers to the schools, adding their specialist knowledge to the delivery of the programme. This included skills coaching and creating resources to help guide the pupils with nutrition and hydration.

“It was very well received because it wasn’t about just rugby league – it’s about physical activity and rugby league was an outcome or a game experience where they could put those skills into practice.

“The resilience and well-being component is relevant for everybody. The kids really enjoyed it. We had some good impactful stories coming back about how it was helpful to them.” 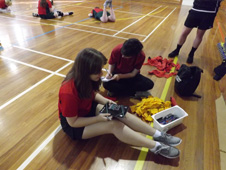 The pupils filled in a resilience journal as part of the programme.

As part of the sessions, pupils were encouraged to fill out a resilience journal documenting their experience.

“When we started out the kids were wondering what this booklet was, but by the last part of the course they were asking: “Are we doing our booklet today?”. They became quite engaged which was really valuable.”

The programme provided “authentic opportunities and experiences” with outstanding mentoring and support from Steve.

“Students gained experiences in real world contexts and were provided by both on-site training and support as well as academic oversight,” she says.

Department of Human Nutrition Senior Lecturer Dr Katherine Black said the nutrition component of the programme was designed and delivered by two students from the Masters of Applied Science in Advanced Nutrition Practice course.

“With our expertise in nutrition, it seemed like a really good combination to merge nutrition with the skills because it’s such an important part of health, especially at that school age,” she says.

“The students got hands-on experience of nutrition education in schools which they really enjoyed. When they go on full-time placements, they can take that knowledge and put it into practice.”

Last year’s successful pilot involved three Dunedin schools and the programme will now be rolled out to further schools in the city with potential to reach other areas in the South Island, including online nutrition resources.

Having the University on hand to help was key to the pilot’s success, Steve says.

“It [the University] is a real asset and a treasure in Dunedin that I think at times is untapped.

“The partnership supports, in our case, a sport that is under-resourced by the provision of really smart young people who can provide that resource. In return they get a hands-on experience so they can make some key decisions about the future themselves and are a bit more job ready.”

Steve, who graduated in 1980, remembers his study as “a really good mix of practical content and theory.”

He has fond memories of his time at Otago.

“It was fantastic. If I could put my life on a loop, I’d loop those four years over and over and just keep living that life,” he laughs.