Tim Mathis: from Theology to vagabonding

It’s quite a leap from studying Theology to writing a handbook for “hiker trash, ski bums, and vagabonds”.

US-based Otago alumnus Tim Mathis explains his interesting journey and how his time studying in Dunedin helped shape a different path in life. 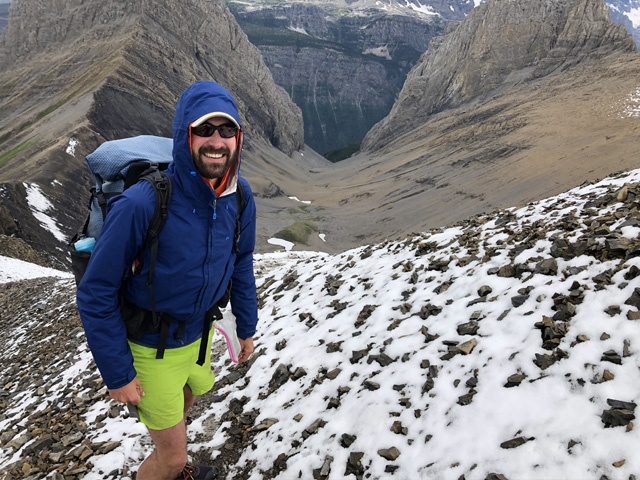 Tim adventuring in the Canadian Rockies

You moved to Otago to study for two years. How did that come about?

My wife (then fiancé) Angel studied in Australia during her undergraduate nursing programme, and we travelled together for a month. We kept hearing 'Australia is great but New Zealand is amazing' from other backpackers. So, when I decided to pursue a master’s degree, we looked primarily at programmes in NZ.

We are both from a small town in the Midwestern US, and at the time didn't know anyone who'd even been to NZ (aside from those backpackers), so moving felt like a massive step. My wife was (and is) a nurse, so she got a job at Dunedin Hospital, we saved a few thousand dollars, I got into the programme at Otago, and we basically landed on the ground in Dunedin with a week's accommodation booked and made it work. Dunedin was incredibly welcoming, and it was among the best decisions we ever made.

What led you to choose Theology at Otago? 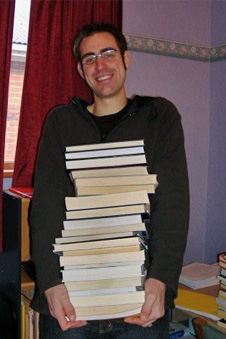 I studied Theology as an undergrad and at the time I was thinking about pursuing a career in academia. I figured out relatively quickly that wasn't a good career fit, but I don't regret the decision at all because my time at Otago was such a formative period of life. Studying Theology gave me a chance to do something that's rare in life - to take a few years and really think about what I believe, what I think is important in life, and how to construct a life that's meaningful.

At Otago I had a chance to study religion in a diverse environment. Studying your own beliefs and traditions while surrounded by people from different traditions really pushes you to think critically. Religion is an area where people typically commit to their beliefs (at least initially) for social and emotional reasons, and beliefs tend to be carefully guarded. Theology is funny that way because people have more personal investment in their opinions than most other academic disciplines and tend to not question their underlying assumptions unless they're forced to because it can be so personally destabilising. Being at Otago forced me to question my underlying assumptions in a way that has been really valuable.

I also really liked the structure of the programme at Otago because most of the work was self-guided research towards a thesis versus structured coursework. I basically got to write a short, academic book about a topic that was really interesting to me at the time - the interplay between science and religion. I learned a lot about my topic, but I also learned how to organise my thoughts in writing in a way that gave me the confidence to write more in the future.

How did you find your student experience?

I think the experience for students doing post-graduate work is probably different from bachelor level, but I really enjoyed it. I think back on my time at Otago as basically two years of reading and writing about really interesting stuff, drinking coffee on a beautiful campus, and taking nice walks through the gardens between the University Library and the Theology Library at Knox College. The campus atmosphere was really amazing, and I loved the variety between old Gothic structures and super-modern research facilities.

In what ways was it different from the US?

In the US, because of the separation of church and state laws, there are no theology programmes in public universities, so all are in private universities, and most are denominationally based, meaning you get a more limited perspective. Practically, this also means that it is much more affordable to study Theology at Otago than almost anywhere in the US, because private tuition in the States tends to be completely outrageous. At the time it was about three times cheaper for me to go to Otago than to pursue comparable programmes I was considering in the States.

Would you encourage other internationals to choose Otago (COVID-19-permitting)?

Ha - absolutely! I generally think that anyone who has a chance to live in New Zealand should take it because it's my favourite place in the world, but Otago specifically has an amazing history, culture and environment, and is doing really amazing research in a lot of areas. Americans in particular tend to have a hard time getting their heads around moving abroad, but it was really easy to settle in Dunedin, make friends, and sort things out. Kiwis in generally are maybe the most hospitable people in the world, and Otago was a fantastic place to spend a couple of years. 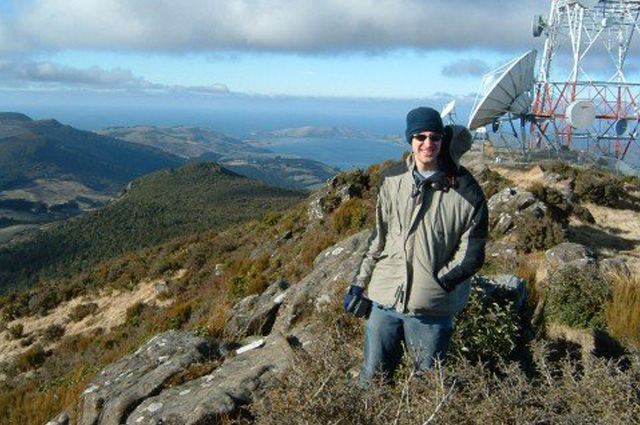 The leap from Theology to vagabonding – tell us how that happened

After Otago, I took a winding path. We moved back to the States, to Seattle, and I worked in a warehouse, in an AIDS non-profit, and in a couple of church-related jobs. Then I retrained and have done psychiatric nursing work for the last 10 years - in paediatrics and community-based work - and along the way my wife and I started a business focused on collecting outdoor adventure stories from a diverse range of people. It's called Boldly Went, and COVID has pretty much killed it, but my wife created hundreds of amazing podcast episodes full of stories that are still online and will live on in some form or another! 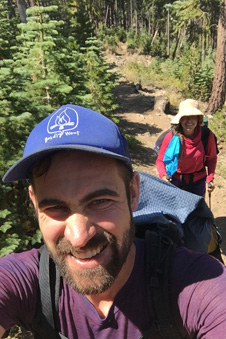 Tim and Angel Mathis on the Tahoe Rim Trail.

Since living in New Zealand, travel and the outdoors have been important parts of our lives. We fell in love with tramping there. Our first overnight trip was the Rakiura Track on Stewart Island and we explored as much of the country as we could on weekends and breaks.

We took up trail running in our thirties, which led us in to running trail ultra-marathons, and then long thru-hikes. We hiked the Camino de Santiago in Spain in 2013, and then hiked the Pacific Crest Trail in 2015. The Trail was a five-month endeavour that really cemented that we were going to build a non-traditional life afterwards. In the five years afterwards, we worked casually as nurses and spent a lot of time travelling. We spent about six months travelling in Latin America, and several months in Canada, Europe, New Zealand, and months and months shifting around the Western US. We kept (and keep) a base in the Seattle area but life's been pretty heavily focused on travel - especially since 2015! We've done a lot more long-distance tramping - we have knocked out several sections of Te Araroa, which is the trail that goes from Cape Reinga to Bluff - as well as some long paddling and biking trips.

If there's a consistent thread in there, it's that studying Theology really set me on a path that's focused on building a meaningful life. A lot of the professional work I've done - especially in psychiatric nursing but also in our business - has been focused on helping people develop a sense of meaning and figure out ways to do the things they want to in life. That's what a lot of my writing is about as well. And personally, we've been very intentional about organising our life in a way that will allow us to do the things we find meaningful. Nursing careers have given us the flexibility to travel and take short or casual contracts, and to work on other projects like business and writing on the side.

Love the title of your book – The Dirtbag's Guide to Life: Eternal Truth for Hiker Trash, Ski Bums, and Vagabonds - what was the motivation for writing it?

"The Dirtbag's Guide to Life" - the title is a little cheeky, but the book is about how to build a life centred on adventure when you don't have a lot of money. "Dirtbags" in the outdoor community are traditionally people who quit their jobs or sacrifice their careers in order to go climb, or hike, or paddle, or mountain bike for extended periods of time - making that their priority rather than other career or financial pursuits. (New Zealand is full of these types of people, so I'm sure it's a familiar concept for most Kiwis even if the term is new.)

My wife and I both fit into the category of people who started out without a lot of money but figured out ways to live a pretty darn adventurous life. We'd talked about writing something along the lines of "A normal person's guide to the good life" for a couple of years to try to share some of the things we've learned along the way, and the book in its current form started out as something that was intended to be a short giveaway for Boldly Went. However, it kept expanding as I got into the project, and turned into a full book that's been selling consistently and has gotten a really good response! It's sort of about budget travel, but it's really about building a life centred on doing the things you believe in. I think that's the piece that's resonated with a lot of people.

What are you up to these days?

COVID-19 obviously has impacted pretty much everything everywhere. We haven't been travelling this year - COVID has totally grounded us, and while that's sad, I'm lucky to be a nurse and to be able to be working and doing something that seems more useful during the present moment.

I'm also taking some time to rework an older writing project that I'm hoping to put out later this year - it's one where Otago will feature prominently because it's a memoir about my history in the religious world!