Alumni and friends gathered for breakfast in Wellington prior to the Highlanders last game in the Super Rugby Aotearoa 2021 season against the Hurricanes. 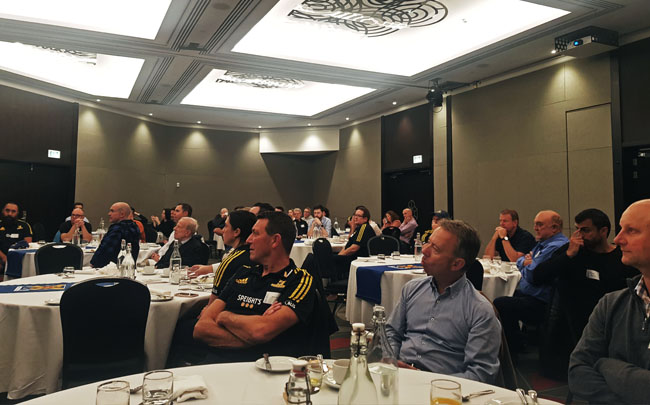 A group of more than 50 keenly staunch Highlanders’ supporters braved the early morning to meet and chat with the Highlanders’ coaching and management team, and to learn about how the team operates and its plans for the future.

Highlanders CEO, Roger Clark and Director of Development and Alumni Relations, Shelagh Murray welcomed everyone to the event, and both spoke of the many benefits of the partnership between the University and the Highlanders. Roger explained the relationship is more than rugby and that the Highlanders provide internships to students from a range of subject areas and that those students become integral to the overall success of the team’s operation. 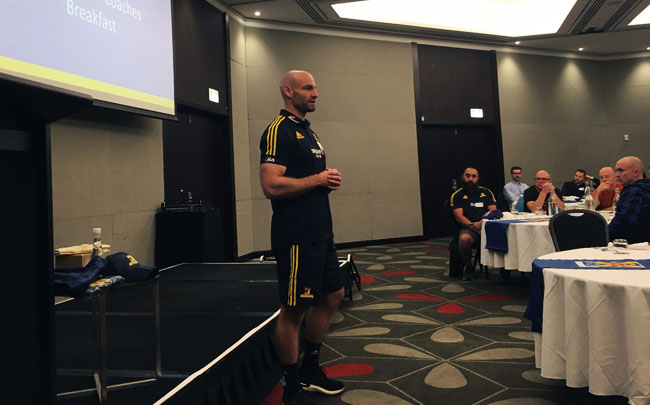 After breakfast the coaches spoke about the pre-season preparation and the challenges the shortened 2021 pre-season presented and how they had to adapt their traditional training. Clarke spoke specifically about the game against the Hurricanes later that day and doctor Ash Singh gave an insight into the numerous injuries incurred not only by the Highlanders in 2021 but other Super Rugby Aotearoa teams.

The morning was completed with a prize draw and the chance for guests to chat informally with the coaching staff and have photos taken. 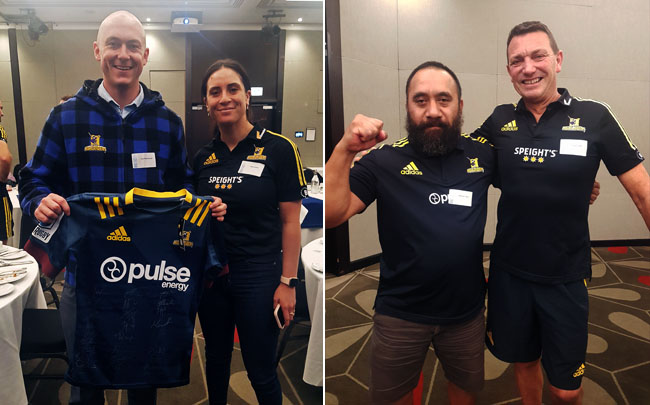 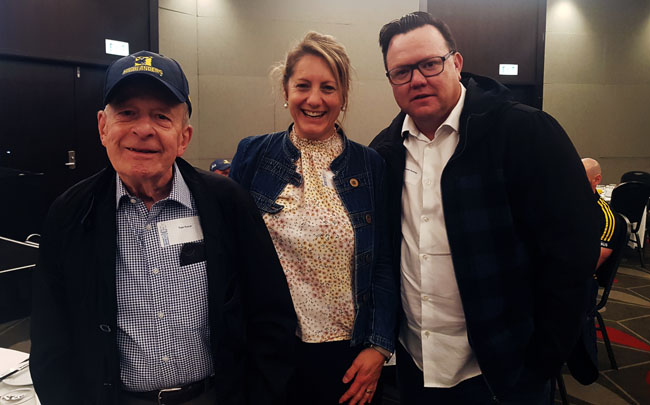 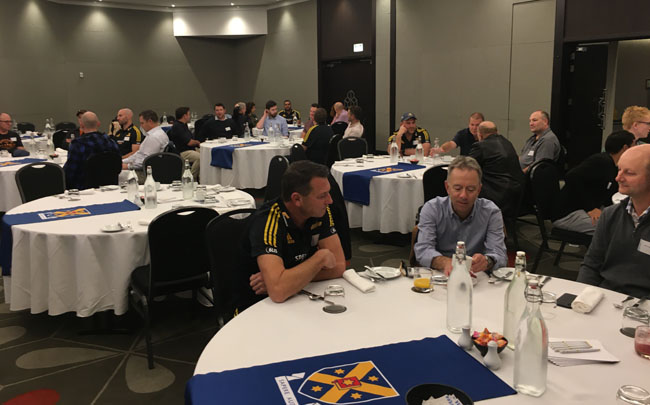