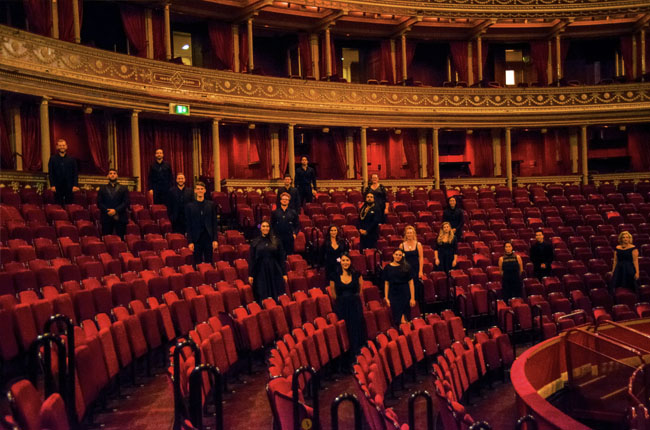 The day before the second lockdown began in the UK in early November, a group of 23 New Zealand opera singers and musicians, including five Otago alumni, joined together to film Whānau: Voices of Aotearoa, far from home in the Royal Albert Hall.

Due to the first lockdown in the UK spring, this was the first professional engagement for many of the performers since March. The Otago alumni performing in the socially-distanced concert included Julien Van Mellaerts (a baritone) who was also co-organiser, Sophie Sparrow (soprano), Christie Cook (mezzo-soprano), Clinton Fung (baritone) and Harry Grigg (tenor). 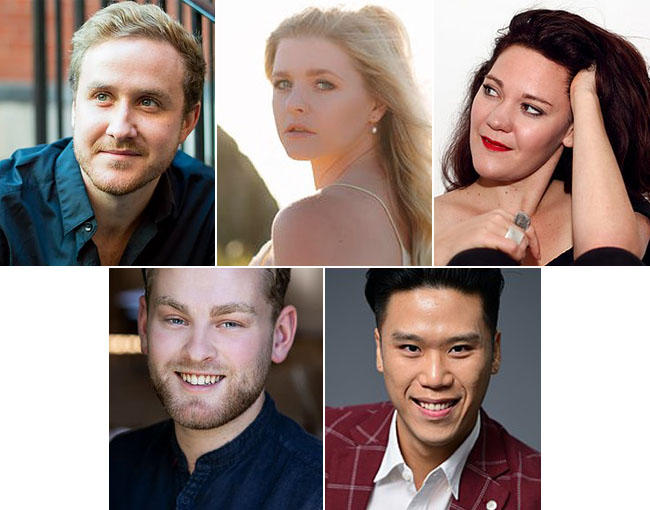 All the performers in Whānau are full-time professionals or postgraduate students at the UK’s leading music conservatoires. They all earn their income from performance, with some supplementing this from teaching or other work.

With their industry collapsing worldwide as performances are cancelled due to the pandemic, most have been left without any chance of earning income. In order to provide an opportunity to raise some much-needed funds, the group of Kiwi singers recorded the hour-long recital of New Zealand, Māori and Pasifika songs, in the Elgar Room, a performance space at the hall. The recording was released in conjunction with Radio New Zealand on 22 November and went live on YouTube at the same time. It was also rebroadcast on Radio New Zealand on Christmas Day.

The performance was free for all to enjoy, but people could choose to donate directly to the singers through their website www.whanaulondonvoices.com and a GoFundMe page. A digital album of the concert is also available for purchase. 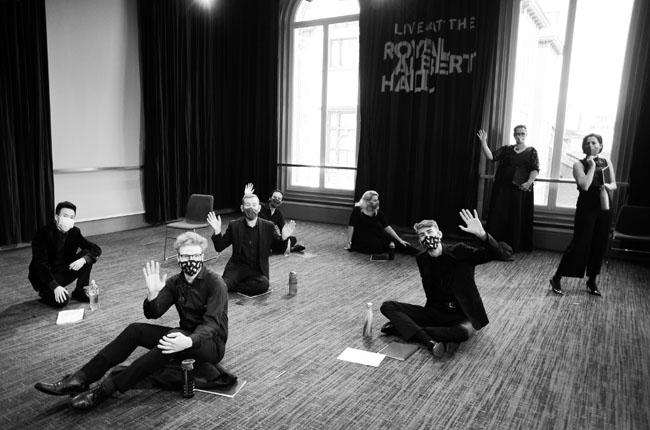 “What started as a simple idea of performing again, grew into something that brought dozens of performers together to share and celebrate their country, culture and what unites them,” says Julien. So far, NZ$105,000 has been raised to support the performers.

Julien says they have been blown away by the support they have received, with generous gifts from many foundations, trusts and individuals.

“We can't thank them enough. The donations have made a huge difference to 23 New Zealand artists. We have all struggled, and we all have our stories to share from this awful year, but having the support and generosity from home, and all those who donated, has given us renewed resolve and energy to fight through this and survive the pandemic.”

Julien says they wanted to include as many artists as they could in the concert, and everyone they approached to join them immediately jumped at the opportunity.

“When the world shut down back in March, we all had an entire year of performances wiped clean from our diaries. By August last year, there came a tipping point where we needed to perform, we needed one another and we needed to share our story.

“It was so heart-warming to have such a positive reaction from everyone, and for everyone to have come together so quickly and passionately to create this concert.”

“It was so heart-warming to have such a positive reaction from everyone, and for everyone to have come together so quickly and passionately to create this concert.”

In addition to the funds, he says the concert has done untold good to each of the singers.

“It has really created a sense of whānau for us all, given us a huge boost to our mental health, as well as having given us the chance to perform and be with one another, with a taste of home, when so many of us just can’t get back at all.”

The performers were joined by Ngāti Rānana London Māori Club for a pōwhiri and karakia to open the concert. Before the broadcast, Dame Kiri Te Kanawa and the NZ High Commissioner to the UK, Bede Corry, gave short written or recorded speeches to the group. 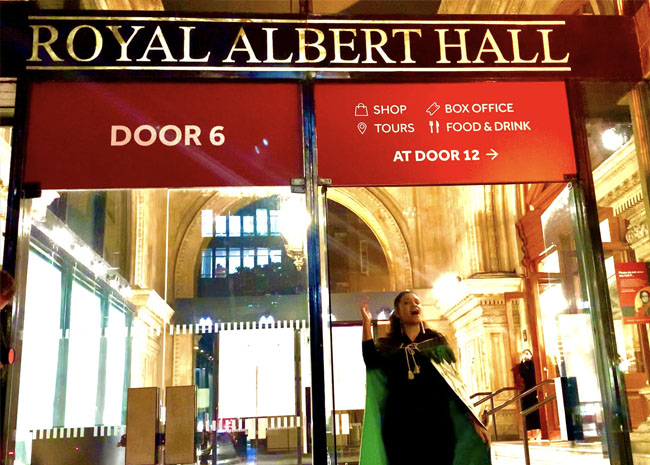 Blair Professor of Music at Otago, Professor Terence Dennis, is a Trustee of the revered Foundation, which provides mentoring and ongoing support for selected outstanding young and emerging singers, including seven of those involved in the Whānau: Voices of Aotearoa concert.

Professor Dennis says the pandemic has been especially devastating for those who are freelancers, as performers attached to opera companies as part of young artists’ programmes have generally continued to receive support.

“In such uncertain times as the present, all we can advise is that they hold on to what they can, use the lockdown as positively as possible, in terms of repertoire learning, and hope that after the vaccination programme in the UK things may begin to open up.”

Sadly the cancellations currently continue, and Julien says the reality is that they don’t know how long the situation will go on.

“The uncertainty is crippling. We are determined to be singing and working at the end of it, and plans are now underway for Whānau 2.0, and it is set to be an even bigger undertaking than before, with more international collaborations and hopefully even a new commission for the group. Watch this space!”

It is available for streaming on iTunes and Spotify, or you can watch it here: https://www.youtube.com/watch?v=-fSYFx5yyns