Showing us the world 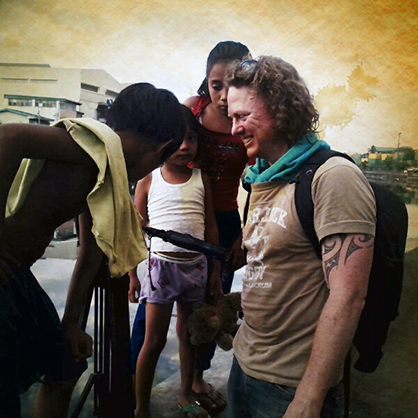 Mark Orton knows the theory and practice of working in the media. An alumnus of both Film and Media Studies and the Postgraduate Diploma of Science Communication, he’s learned about the history of filmmaking, and how to make films for a TV audience. He’s worked on documentaries for Natural History New Zealand, the Discovery Channel, National Geographic, and TVNZ-screened shows such as High Country Rescue – and right now, he’s working on a documentary series for the Al Jazeera network on life in the Manila slums.

Mark began his BA in Film and Media Studies at the age of 29, returning again two years after graduation (and a stint managing the Dunedin branch of a global courier company) to undertake his postgraduate study in Science Communication. After the course’s screening of student films at the Regent Theatre in 2007, he was offered an internship at Natural History New Zealand.

Since then, Mark’s credits have included a range of director-camera roles for Highway Cops, Renters, Coastwatch, High Country Rescue and producer-editor roles for I Escaped a Cult and I Survived. Most recently, he was producer-director-editor of Top 10 Sharkdown, which featured in the Discovery Channel’s 2013 Shark Week.

On location in Manila for four months, Mark is now working on a show with the working title The Slums, which he says is about “the lives of people living in an area called The Tondo. It’s gritty, gnarly, heartbreaking, and incredibly amusing all at the same time.”

The living conditions of the urban poor in a mega city like Manila is such a cultural shock. But, you can’t but help admire these people. Not only are they incredibly tough and resourceful, they are really warm and love to laugh. Yes it’s dangerous, but the people are so welcoming and curious that it’s easy to forget that the camera I am holding is worth more than they will earn in a very long time.

Hopefully, by allowing some of them to tell their stories through this medium, people will not only realise how lucky they are, but think of ways to help rather than pretend that this scenario doesn’t exist.

Of the effect of the recent Philippines typhoon, Mark says, “Things here are ramping up - there is a lot of activity with some of our characters, especially those that have family in the typhoon affected area.” There is a critical need for aid as the country struggles to cope with the disaster – and so, Mark would like to encourage other alumni to give to NGO’s such as the Red Cross to help provide relief. The New Zealand Red Cross is currently running an appeal. 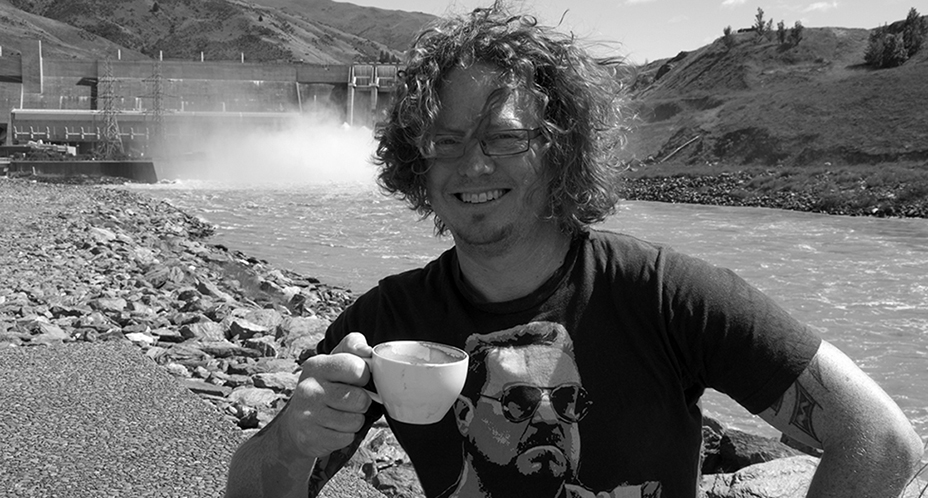 Q and A with Mark

Tell us about what you’ve been doing since you graduated.

Well I actually graduated twice. After I did my undergraduate degree (a BA), I ended up managing the Dunedin branch of a global courier company. I had worked for years in the United Kingdom in freight logistics and sales, and it was the best way to get employment in Dunedin but not ideal. After two years selling my soul to the corporate devil, I took a punt and applied for the Postgraduate course in Science Communication. Somehow, I was accepted as one of the 12 students in the 2006-7 intake. Once that very intensive experience culminated in the screening of our student films at The Regent in August 2007, I was offered one of the two internships at NHNZ. The other was offered to councillor Jinty Mctavish.

Actually my undergraduate degree in Film and Media, with a bit of English, History and Communication Studies thrown in was great preparation. Generally, you can teach anyone with half a brain to use the equipment. What is rare though, are people that can problem solve on the spot, think outside the square and tell stories without having their hand held every step of the way.

I particularly value the thought-provoking lectures that I had in the Department of Film Studies, firstly by Thierry Jutel and then by Brett Nicholls, Vijay Devadas and Paul Ramaeker. I often think that the modern generation of film editors (myself included) have so much to learn from those that did the hard yards splicing celluloid and the great thing about learning film and media the way I did at Otago University, was that it wasn’t a technical course on how to press buttons. It taught me to look at images, deconstruct film texts and importantly understand how sequences were constructed. 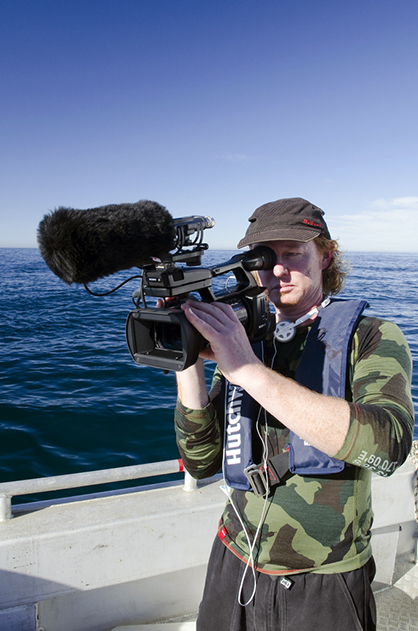 What are the most exciting milestones you’ve experienced since graduating?

As boring as this sounds, the most important milestone for me since graduating is having never been out of work for more than two months, which in this industry is actually a real achievement. I have worked for many very notable production companies, made television for massive audiences and been privileged enough to see and get access to some places that most people will never see.

Actually, working in the show High Country Rescue based out of Wanaka is a personal highlight due to the difficulty in making that show, the end result, and the amazing places that I went. Seeing some of the most remote parts of New Zealand hanging out of the door of a chopper is boys-own stuff.

What did you enjoy most about your studies?

Being exposed to new ways of thinking and introduced to texts that I might never have found on my own. A door was opened to critical thinking that can never shut, and importantly it gave me the confidence to think that I could pretty much do anything if I was never afraid to ask questions. I muddled though my 20s in a number of totally soul-deflating jobs, so I have had to make up for lost time once shown the door into a world infinitely more interesting.

As a student, did you have a favourite flat? Any favourite places to hang out in Dunedin during your studies?

I started at Otago as I was just about to turn 30, so not wanting to flat for the rest of my life, I purchased a house. That was my favourite flat. I could evict anyone when I wanted and I never had to deal with unwashed dishes, stray pubic hairs and drunken walks of shame.

Get stuck in, don’t be afraid to ask questions and importantly don’t view your undergraduate years as a stepping-stone to employment. That will happen soon enough, but this might just be the last chance that you get to think freely, try stuff, surround yourself with an eclectic mix of people without the worries of mortgages etc. Dunedin is a very cool town and surprisingly, it is a lot larger than the North Dunedin student ghetto, so get out, explore and soak up the amazing natural beauty of the place. Even better, get to know people in the city that aren’t students and respect the city.

What does Otago mean to you now?

Well, it’s home now. The University enticed me to Dunedin and in many respects I have never left. Until recently, Dunedin was still my home but my Otago University experience had another profound effect on me. I met my partner Tracy (who was working at the University) while I was an undergraduate student and 10 years later we haven’t really moved too far away, just to Clyde, Central Otago.

Stay tuned for Mark's video about his documentary work in the Tondo, and don't forget to join us on Facebook.