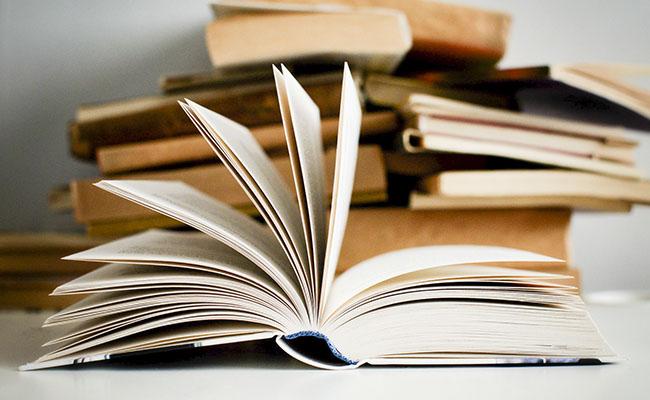 Welcome to the University of Otago Alumni bookshelf, where we showcase the recently published work of our alumni authors.

Find out more about the works of fiction, non-fiction and poetry our alumni have created.

Have you recently published a book that you would like to share with fellow Otago alumni? Please fill out this submission form.

This book examines the relationship between theatrical representations and sociopolitical aspects of Rapa Nui culture from precolonial times to the present. This is the first book written about the production of Rapa Nui theatre, which is understood as a unique and culturally distinct performance tradition. Using a multilingual approach, this book journeys through Oceania, reclaiming a sense of connection and reflecting on synergies between performance of Oceanic cultures beyond imagined national boundaries. The author argues for a holistic and inclusive understanding of Rapa Nui theatre as encompassing and being inspired by duverse aspects of Rapa Nui performance cultures, festivals and art forms. 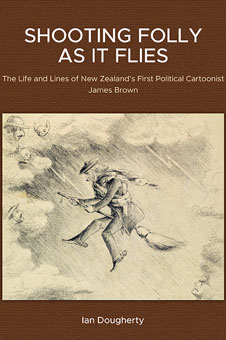 Shooting Folly as it Flies is the first biography of New Zealand’s first political cartoonist, the Dunedin engraver and artist, James Brown, and reproduces all of his surviving cartoons, many of which have not previously been published. They constitute what the book describes as ‘a rare visual record of and a remarkable and enduring commentary on the factional and fickle world of settler politics in Dunedin and Otago in the 1850s and 1860s, which would have been duplicated in settlements throughout New Zealand.’ 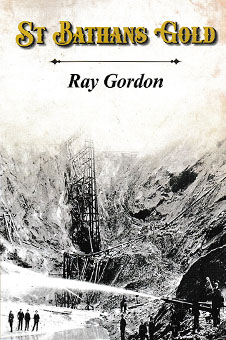 The book is about the bonanzas of gold found at Dunstan Creek, a collective name for the adjacent goldfields of Surface Hill , Kildare Hill , St Bathans Basin , Vinegar Hill and Cambrians, of Central Otago New Zealand. The main focus is on the Kildare Lead at St Bathans which was the richest seam of alluvial gold ever worked in New Zealand and contained 2 ounces of gold to the cubic metre. 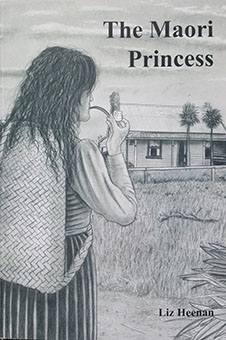 This story is 18th to 20th century New Zealand history as seen through the eyes of two families as they grapple with colonisation. One family is an English missionary couple who settle amongst Māori in the Bay of Islands in 1814 to introduce Christianity. The other family is Māori who live in Kaiapohia pa but have to flee for their lives when the pa is razed to the ground by Te Rauparaha in 1832. It is true there is murder, infidelity, a hanging, a poisoning, cannibalism, a three year stint in an asylum for the insane, a shipwreck, slaughter, Black Death, illegal gun running, and other historical skulduggery. But it is also a story about faith, sacrifice, courage and most of all love. 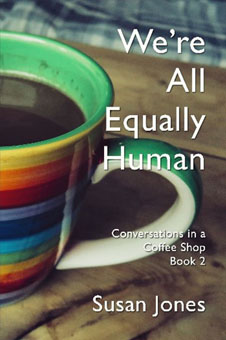 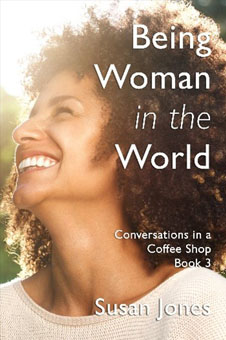 Being Woman in the World: Conversations in a Coffee Shop Book 3 (Philip Garside Publishing Ltd, 2022) 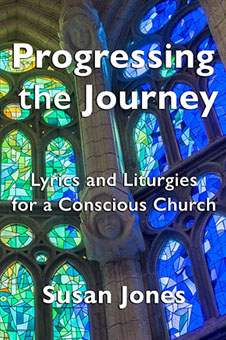 Progressing the Journey offers new lyrics to familiar hymn tunes and liturgies for resourcing a conscious faith in today's world. 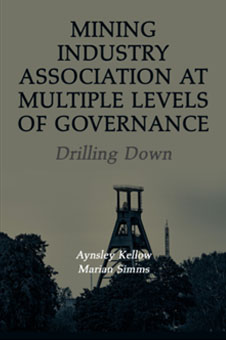 This book explores why there was for many years no mining industry association at the international level. It shows such a group emerged only in response to a global policy agenda affecting the industry. It also shows the trajectories of national and state associations in Australia also followed changing policy agendas, following the 'policy determines politics' approach of Theodore J Lowi, a Partner Investigator on the project. Much work was undertaken while Kellow was William Evans Fellow at Otago in 2004 when Marian Simms held the Chair. Unfortunately, Marian passed away in April 2021 as the book was being completed. 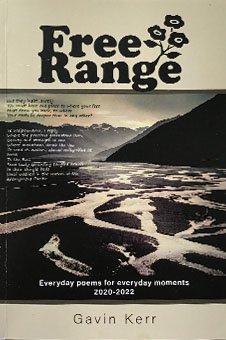 A selection of poems of varying styles and subjects, demonstrating the versatility of poetry in approaching an equally wide range of reader. Subjects range from the light and humorous to reflective and philosophical, as well as commentaries on contemporary events. It follows the successful first publication, Under Lockdown (2021), both publications raising funds for the work of Alzheimers Societies. 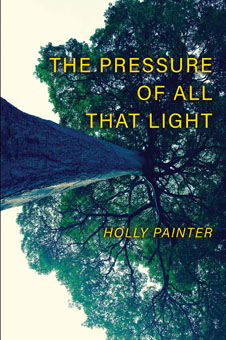 The Pressure of All that Light (Rebel Satori, 2022)

Holly Painter’s third collection charts a course through the tender friendships and lonely queer crushes of childhood and adolescence in Midwestern America and on to the dizzying freedoms of California and the disorientation of love and heartache in New Zealand. Energetic and intimate, these poems blend the personal and the pastoral in their exploration of how we arrive at ourselves. 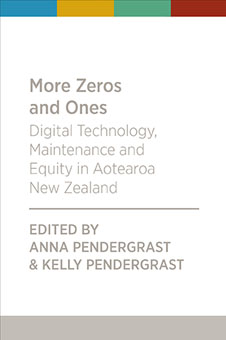 Many of today’s digital technologies inadvertently amplify the power structures and prejudices of wider society. This anthology book, co-edited by Anna and Kelly Pendergrast (sisters and both Otago alumni) examines the way digital tools and platforms are designed, built, and maintained, and aims to identify how we can do better for everyone in Aotearoa. 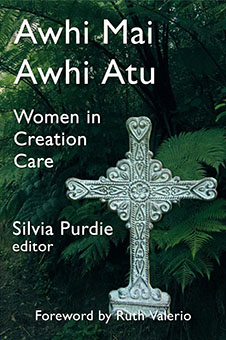 The natural world is crying out for our loving attention. Does your church or community group want to get involved but don't know where to start? The contributors to this book explore the issues, share their personal visions, and offer practical ideas that your church or group can act on today.

Awhi Mai Awhi Atu tells the stories of 30 women, living in Aotearoa New Zealand from many cultures, who are leading in environmental action. Through their experience a powerful story emerges of God at work in a rich diversity of ways. 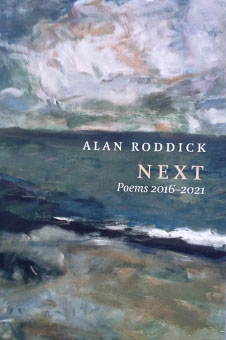 Next is Alan Roddick's third collection. His poems speak of his childhood in Britain, of learning the New Zealand landscape, and of the challenging realities of old age. His previous book, Getting it Right, appeared from OUP in 2016, and as Charles Brasch's literary executor he has edited three books of Brasch's poems, most recently Charles Brasch Selected Poems (OUP, 2015). Roddick has also written on the work of Allen Curnow and published translations from the Russian. He lives in Dunedin. 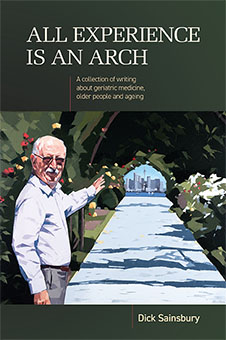 All Experience is an Arch (Quentin Wilson Publishing, 2022)

This book is a compilation of essays, vignettes and discussion papers written by a retired geriatrician to consider some of the issues associated with ageing and older people, including the health ‘giants’ of later years. These are supplemented by pieces illustrating the value of literature in gerontology.

Although it covers some medical subjects it is not a textbook; rather, it seeks to raise the profile of a medical discipline that has sometimes been poorly understood. Medical conditions are discussed but in a way that is readily understood by a lay audience. The author’s intention is that there should be something of interest for every reader and to encourage the study of older people in literature. 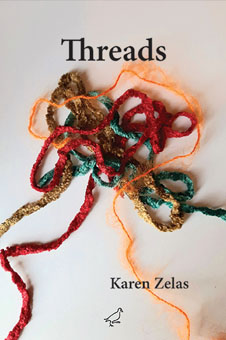 Threads is a tangle of three poem sequences, a book about family - origins and belonging, the genetic strands that run through generations, the ties of love that bind. Uneasy poems for uneasy times, woven with love, beauty and hope. 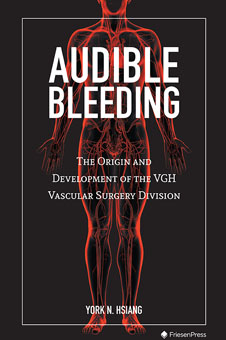 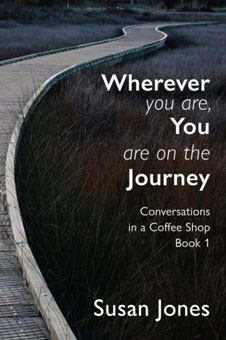 Wherever you are, You are on the Journey (Philip Garside Publishing Ltd, 2021) 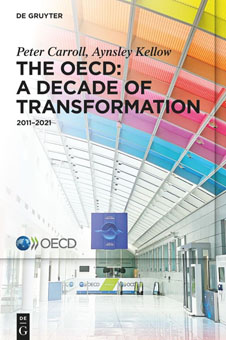 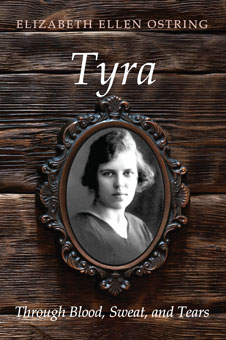 Life story of Tyra, born 1906 in Finland, lived through WWI, Finnish civil war 1918, the Winter War and Continuation War with Russia 1939-45. The story reveals little known information about Finland during this time. Forced first to migrate to Sweden because her husband lost the land he farmed, then to Australia because his health was failing as a mine worker, the couple bought and ran a banana plantation in north NSW. One reviewer called it a story of "true grit". She became my mother-in-law.

ACT in Sport, a training manual suitable for athletes, coaches and sports psychologists offers more than twenty practical exercises to improve performance in any setting. Psychological flexibility, the core principle, emphasises individual and team values, and strategies for dealing with anxiety and ‘choking’. ACT-consistent exercises from Mindfulness integrated Cognitive Behavioural Therapy (MiCBT) will help athletes grow their skills, through techniques such as mindfulness, acceptance, and defusion. 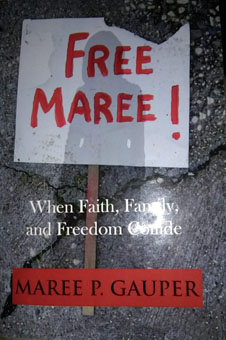 A 25 year old Unificationist woman is kidnapped in Auckland and imprisoned on the Whangaparaoa Peninsula by her own mother, who believes she is in a dangerous cult and needs to be "snapped" out of it by American "deprogrammers" whom she has hired for that purpose. New Zealand police look the other way and refuse to get involved. Ongoing tensions between cops and "Moonies" erupt into national headlines. In the author's own words. 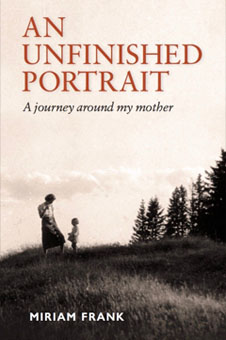 An Unfinished Portrait: A journey around my mother (Publisher, 2016)

The life of the author's mother in a turbulent time in history at the crossroads of ideologies, art, music, wars and humanity in the first part of the 20th century, and caused her displacement across oceans and continents, including a large part of her life in New Zealand, and how this impacted on lives and relationships especially that of the author and her mother, 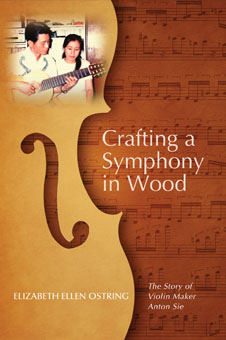 Crafting a Symphony in Wood: the Story of Violin Maker Anton Sie (Wipf and Stock, 2016)

Ethnic Chinese, born into a poor family in Indonesia, Anton excelled at school. He accepted the Chinese government's offer of free education for overseas Chinese, but discovered he lost his Indonesian citizenship as a result. He trained as a physicist, and developed an avid interest in acoustics. In a desperate attempt to reconnect with his sick parents he migrated to Hong Kong, but could not continue his academic career there, and turned to violin making. He elucidated important discoveries about the acoustics of Stradivarius violins, and made instruments that revelled their beauty. 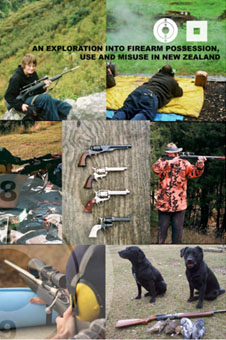 This is an overview of the number of firearms and of the ownership of firearms by private citizens who are licensed for them, with some insights into patterns of use. Firearm misuses are also documented but this is constrained by the limitations of official statistics about offending with firearms. There is discussion about the social issues arising from the presence of firearms in the New Zealand community. 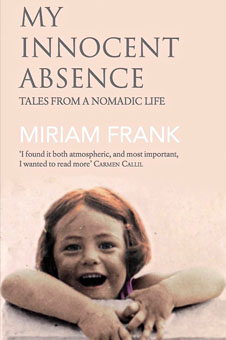 My Innocent Absence: Tales from a Nomadic Life (Arcadia Books, 2010)

Born in Spain from a German mother who had escaped Hitler and a Lithuanian American father, fled to France during Spanish Civil War, fled collaborationist France and German occupation in WW2 to Mexico, then on to New Zealand, aged 12, where went through secondary school and medical studiers in Otago, gained fellowship in anaesthesia back in UK, appointed consultant and senior lecturer at the Royal London, married an artist, helped him establish an art-school in Italy, had two daughters, and became a literary writer and translator following a post conference trip to the Andes in Argentina. The book depicts the essentials learnt through such a life about humanity.