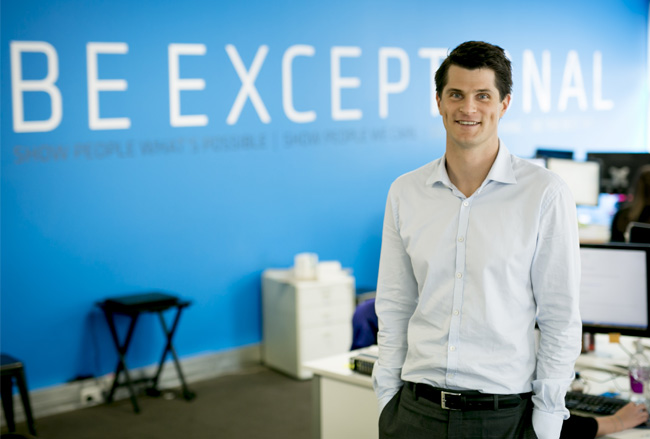 As the year draws to a close, the Queenstown-based Otago Medical School graduate is upbeat about two accomplishments from 2017 that show what drive and positivity can achieve: his successful campaign to have the modern version of the Hippocratic Oath – the Declaration of Geneva – amended to also include a requirement for doctors to look after themselves; and the publication of a book related to this theme.

Sam’s amendment, backed by a 4,500-strong petition, was accepted by the World Medical Association Congress in mid-2017.

As a result, the Declaration now reads: “I will attend to my own health, well-being and abilities in order to provide care of the highest standard.”

His book, Medicine's Four Minute Mile: The Evolved Physicians Oath was released later in the year and expands on the theme of doctors making sure patients get the best care by taking care of themselves.

He says his company MedRecruit – a “dating agency” for healthcare professionals seeking employment throughout Australasia – continues to perform well, and he is looking forward to continuing his work through MedWorld, a not-for-profit organisation he established, to push forward the well-being of the medical profession.

Sam recently shared some recollections, and sage advice for students, with Alumni and Friends.

How did Otago help to shape your life and career success?

While I have not ended up as a practising doctor, my time at the University of Otago Medical School gave me a love of my profession, and in particular an appreciation of the collegiality that being a doctor entails.

I was not a model student, and the guidance and support I received to get back on track when I derailed planted the seed to do something to positively impact my profession. This seed grew into what became my group of organisations – MedRecruit, MedCapital and MedWorld – that help doctors to live exceptional lives.

Highlights and interesting memories of your university days?

I was an enthusiastic participant in the extra-curricular shenanigans that Dunedin has to offer! On the night of 20 June 2002, I decided it would be fun to do a backflip off the two-metre high wall outside the Cook. I was drunk. I landed on my head and went into a coma.

I believe that in life we all have good days and bad days, and we don’t know which is which at the time. I received a significant brain injury and was told that I might not regain full brain function and, therefore, I might not return to medical school. At the time I thought this was a bad day. While recovery was the toughest challenge I’d ever had to face, it forced me to look at my life and to decide what I wanted for it. It was the catalyst that changed the entire direction of my life and has led me to where I am today. Because of this it turned out that 20 June was one of the best days of my life.

Sam not only recovered, but took a different approach to study, returned to medical school and completed his degree. He also learnt to calculate and mitigate risks inherent in representative-level freestyle skiing, and became 2003 New Zealand Freeskier of the Year. He later applied this in business and became the Ernst & Young – Young Entrepreneur of the Year.

Did you have any standout lecturers?

In my second year I made it until halfway through the year before I had my first visit to see him. I walked into his room, scared of what was to come. Ron was sitting in his chair, facing away from me. He turned around slowly, the terror in me building. With a stern face he said, ‘I am very disappointed in you Sam.’ My heart sank, but he said he was expecting to see me much earlier in the year, then smiled. We had a laugh and a catch up, and he assigned me some clean-up duties. He passed away in 2014, but I remember him fondly.

"Professor David Gerrard’s patience and caring in guiding me, and his caring when I had the head injury, have always stayed with me. I believe that he is a huge reason why I feel such an affinity with our profession."

What are some career or personal highlights?

While I’ve had a lot of business success, including being the fastest growing service business in the country in the Deloitte Fast 50 and Ernst & Young – Young Entrepreneur of the Year, it is the work I did that helped change the Declaration of Geneva to include the health and well-being of doctors that I am most proud of.

In 2014 I was speaking to a group of graduating medical students about well-being, and at the same event Dr Steven Child, President of the New Zealand Medical Association, spoke about the profession – what it means to be a doctor – and he held up the Declaration of Geneva as the value-set we live by. I remember feeling pride initially, then I realised that it didn’t include anything about the need for the doctor to be healthy. I thought that if I could help to address this then in a small way I could influence our profession to evolve.

I started a petition and Dr Child helped arrange for me to present my research to the World Medical Association in 2016. In October this year they ratified a change to include the health and well-being of doctors.

I have a very strong sense of collegiality with doctors, and my vision is to continue to do work that helps doctors live exceptional lives by creating opportunities for them to both strip away the things they don’t want to do, and to complement the things that they do want to do.

What advice do you have for current students or students considering studying at Otago?