A face from the past 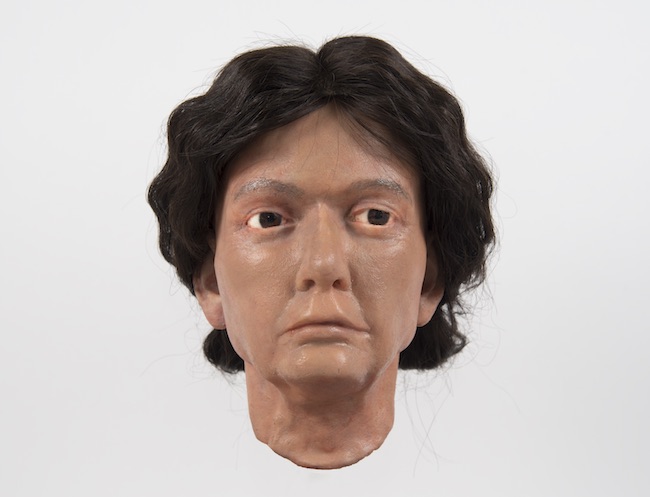 The facial approximation of Otago Museum’s Egyptian mummy by Dr Louisa Baillie has brought to life the presence of a woman who lived over 2400 years ago. She is believed to have come from the ancient city of Thebes, now modern-day Luxor. Mummification was a common burial method for people living in Egypt at that time.

This facial approximation is a revision of an approximation undertaken in 2008. At that time facial soft tissue predictions relied on unverified recommendations, as investigations and testing of 20th Century forensic facial prediction guidelines have only occurred recently. Recent publications have highlighted significant errors within most previous recommendations. Further, improved imaging software since 2008 meant Louisa could re-assess the axial slices from the DICOM images of the CT scans. She was able to achieve distinct separation of bone, cartilage and other pixels in the app Ilastik [image 2 below]. That process enabled her to achieve more accurate modelling of the mummy’s facial bones and mandible. Further, better viewing of cartilagenous regions refined decisions about the predicted shape and size of the nose and ears. 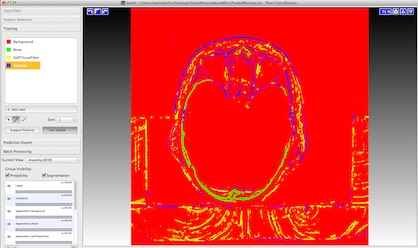 Referring to depth and width measurements from 75 axial scans of the head and neck region, Louisa carved a 3-D model of the skull from polyurethane. She was able to use workshop space and tools at the Technical Services workshop, School of Dentistry, (our thanks Steve Swindells, Manager). Interestingly, skull morphometric features suggested this mummy was likely Caucasoid in population origin. That is plausible as there was a large and settled Greek origin population living in Egypt, including Thebes, at that time. Pegs (actually, toothpicks) to represent total soft tissue depth were then added to the skull to guide depth of facial muscles, tissue and skin. These were sculpted on in clay, referring to published guidelines [image 3 below]. Louisa also considered the bioanthropological analysis that CT scans and X-rays revealed about this mummy, including that she was elderly and in poor health at time of death. 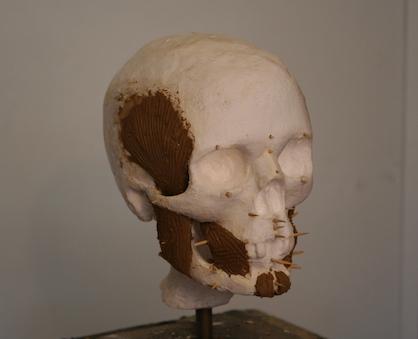 In fact, this woman was in such poor health that she could only have been eating a semi-liquid diet for some time, as the six remaining teeth in her mouth show evidence of ulcers and bad tooth decay. She also showed extreme plaque build-up in her aorta, suggesting athlerosclerosis, and there were signs of arthritis.

Dr Baillie valued the chance to work on this mummy. She was able to use her knowledge of digital images and facial soft tissue prediction gained during her doctoral study, as well as her sculptural knowledge and skills. Understanding of the mummy’s physical ill health and likely lifestyle when she was alive was deepened by anthropological discussions with Dr Siän Halcrow and Mr John Dennison. That the skull features fitted Caucasoid descriptors, maybe Greek, informed choice of eye and skin colour as well as hair colour and style. For the hair, Louisa was able to source a wig made from human hair, donated by Freedom Wigs Ltd. Dunedin, and Zaibatsu Hair Art created an appropriate hair style.

The resulting approximation has been very well received. It is on display next to the mummy in the People of the World gallery at the Otago Museum.

To learn more about Dr Baillie’s work and the approximation, visit the following websites: