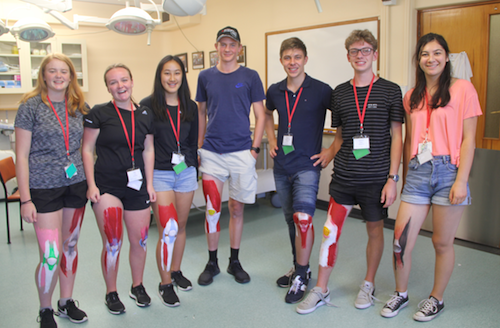 The Department recently hosted eight enthusiastic Year 12 and 13 students as part of the Hands-on at Otago programme. They spent the week learning all about the knee - its structures and movement, the mechanics of how the knee works, and how easily it can be damaged through sporting activity or old age.

They learned how ligaments and cartilage stabilise the knee, and how muscles generate force to move the bones; how to embed, cut and stain histological tissue for viewing under the light microscope; and how to prepare and view samples on the scanning and transmission electron microscopes.

They also had fun with body painting, and had the opportunity to undertake their own dissection of a deer knee joint.

At the end of the week the group gave a presentation to the other Hands-on at Otago groups to show what they had learned during their week of activities in the Department.

We hope we will be welcoming these budding young anatomists back to the Department in a couple of years’ time as Anatomy major science students. 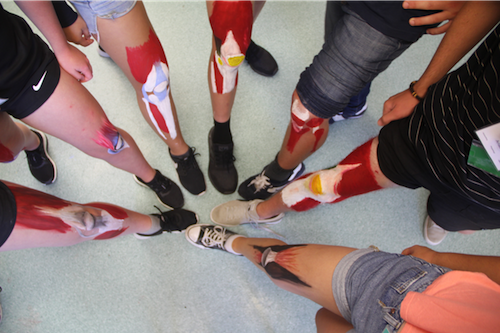 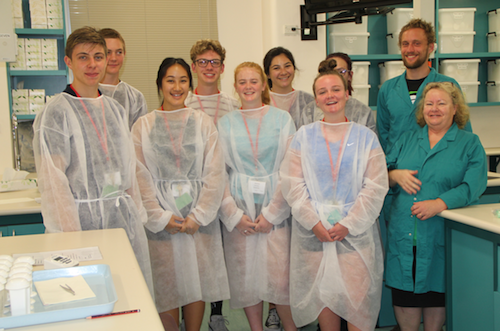 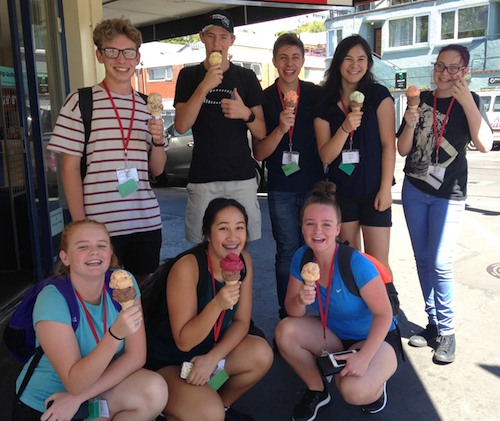 A Bioanthropology snack took groups of 10 students through the basics of describing human remains, working out age, sex and whether the bones exhibited signs of pathology or trauma during life. The students were given two “cold cases” to test out their new skills. They used their observations of the skeletons to build a profile of the person during life, and were given analytical results (DNA and chemical analysis) to work out ancestry, and aspects of their lifestyles. Despite the heatwave in the Bioanth lab (thanks, Dunedin heatwave!) the students were very enthusiastic and quick to pick-up on the new ideas, despite being from very diverse (and often non-sciency) backgrounds.