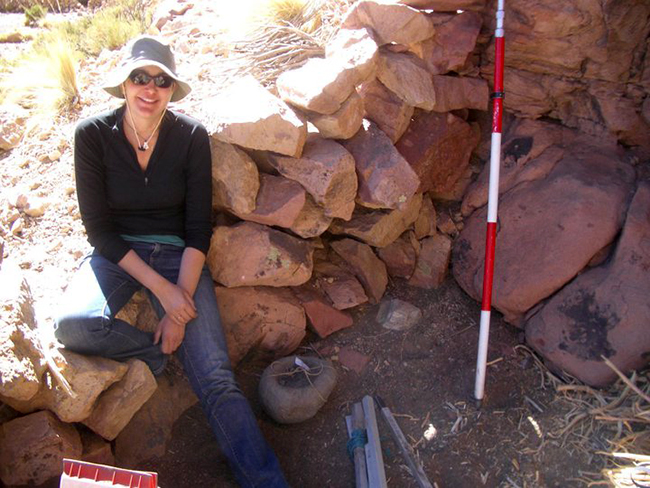 An Otago bioarchaeologist was among a group of international archaeologists who made an exciting discovery of a “ritual bundle” in Bolivia and using chemical analysis helped unravel clues about the use of psychoactive plants for ritual purposes in the South American country a thousand years ago.

Postdoctoral Fellow in the University of Otago’s Department of Anatomy, Dr Melanie Miller, carried out the archaeological analytical chemistry research when she was a graduate student at the University of California, Berkeley, with the research published today in the scientific journal, PNAS (The Proceedings of the National Academy of Sciences of the United States of America).

The ancient bundle containing paraphernalia for consuming psychotropic substances was recovered from archaeological excavations in a rock shelter in the highland Andes, southwestern Bolivia in 2008. Subsequently, Dr Miller and her colleagues analysed artifacts from the bundle for chemical traces.

Unearthed from layers of rubble, the bundle contained a large leather bag with a pair of carved wooden snuffing tablets, a snuffing tube, a pair of llama-bone spatulas, a colourful textile headband, fragments of dried plant stems held together by wool and fibre strings and a pouch stitched from three fox snouts. Radiocarbon dating traced the bundle to 905–1170 CE (Common Era).

The following chemical analysis on two of the artefacts which were permitted to be analysed (the plant stems and fox-snout pouch) identified the largest number of compounds recovered from a single artefact from this area of the world to date.

The chemical residues of at least five compounds (cocaine, benzoylecgonine BZE, harmine, bufotenine and dimethyltryptamine DMT) that are known to have psychotropic effects on humans, and recovered from the artefacts, imply that multiple plants were used to induce extraordinary states of consciousness, potentially within a range of ritual and healing contexts.

The plants that were used in the rituals included Erythroxylum, Anadenanthera, Banisteriopsis and potentially other sources contributing DMT and psilocin (such as Psychotria leaves and hallucinogenic fungi).

“Additionally, the co-occurrence of harmine and DMT, which are used in modern ayahuasca preparations, suggests that people may have had access to, knew the psychotropic effects of, and had been potentially combining plants containing these compunds a thousand years ago.”

Dr Miller explains that while evidence of direct consumption of any of these plants is absent, because no human remains were associated with the find, the substantial evidence of the presence of hallucinogenic plants is compelling.

“Chemical analysis of organic residues from this ancient bundle indicates that the ritual specialists in this region had extensive knowledge of and access to various plants with psychoactive properties.

“Significantly, these plants cannot be grown in this area of the Andes, so the person or people who used these ritual items would have either travelled great distances to procure these plant resources or have had access to extensive exchange networks.”

The investigations indicate the bundle was likely used by local ritual specialists, or shamans, who acted as intermediaries between natural and supernatural worlds, entering into altered states to connect living people with deities and ancestors thought to exist in other worlds, Dr Miller says.

“Presumably, the consumption of psychoactive substances facilitated the communication between ritual specialists, ancestors and deities,” she explains.

Humans have a long history of using natural resources, especially plants, to induce non-ordinary states of consciousness. Imbibing substances derived from plants have been linked to ancient and elaborate knowledge systems and rituals. However, while archaeological evidence of the consumption of psychotropics such as alcohol or caffeine, dates back thousands of years, evidence of the use of other psychoactive substances has been more difficult to document.

Dr Miller says she and her team feel very excited to find the ritual bundle. “I feel incredibly lucky to have ben able to study these artifacts and contribute to our understanding about the antiquity of human knowledge and use of psychoactive plants.

“I remember seeing the fox-snout puch and snuffing trays for the first time and feeling awe and wonder about the person or people who took such care in constructing these unique items, it was truly a privilege to be able to study these incredible materials.” 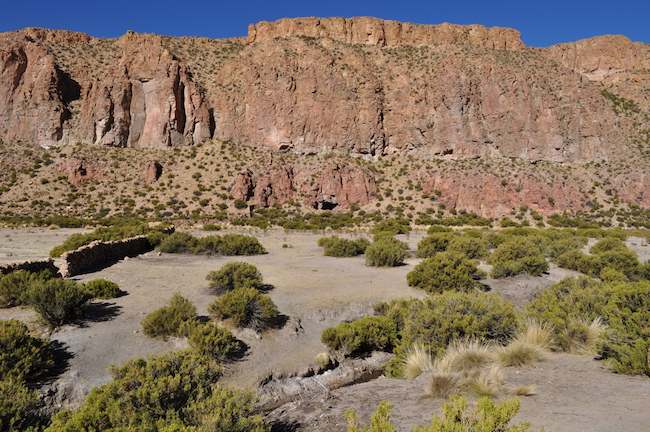 This folder contains 12 images related to the ritual bundle and excavations. There is a Word file that has figure captions for each. Please note credit for photographs must be attributed to both Juan Albarracin-Jordan and José M. Capriles.

Dr Melanie Miller (NB: Dr Miller is in the US until May 16)
Postdoctoral fellow
Department of Anatomy
University of Otago
Email melanie.miller@otago.ac.nz