A University of Otago researcher is hoping to discover how long-forgotten colonial settlers and miners lived, after being awarded an important research fellowship. 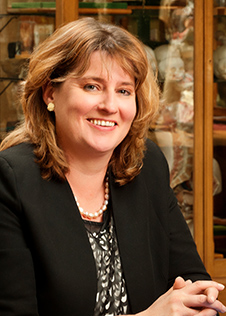 Professor of Anatomy Hallie Buckley has been awarded the James Cook Research Fellowship, worth more than $100,000 over two years, to carry out her research on nineteenth century ‘ordinary’ immigrants, whose lives weren’t documented at the time.

In the mid-to-late nineteenth century, waves of European and Chinese immigrants travelled to Aotearoa in search of new opportunities and wealth from gold prospecting and mining.

Many of these immigrants settled here, establishing town centres, industry and farming, and adapting to their new biological and cultural environments.

While a good deal of existing research on goldfields history documents the hardships of mining life, these historical sources are often silent on the lived experiences of everyday people, including women, children, the sick, and the disenfranchised.

She will undertake bioarchaeology research, or the analysis of human skeletal remains from archaeological contexts.

“Archaeology is sometimes the only remaining avenue for research on ordinary people whose experiences weren’t documented at the time”, she says.

“It is challenging to bring to light these experiences because individual voices and agency are difficult to determine using archaeological methods alone.”

Professor Buckley says she and her fellow researchers’ work to date has mostly centred on unmarked graves in Milton and Lawrence, although she is applying to undertake similar research in Drybread, Central Otago, and another goldmining area in Victoria, Australia.

Her team has conducted extensive community consultation during this research, and has reported on findings of archaeological digs at public meetings and through a blog.

“The community consultation aspects of these new sites, descendants, Chinese, church, and iwi, has all been extremely positive and supportive,” she says.

“The active participation of local communities is integral to the success of this project and the wider Marsden-funded bioarchaeology of the gold mining cemeteries.

“In some cases it is the family history of people thought to have been buried at an old burial ground that is the only information available, and so it is vital.”

In particular, the research will involve constructing osteobiographies of individuals to tell their stories, which means examining the person from archaeologically preserved tissues, usually the skeleton.

“From this, we can determine the injuries and illnesses the person suffered during their life, as well as learn what kinds of care they received.” says Professor Buckley.

An example of an osteobiography is the story of the recovery of the grave and skeleton of King Richard III and the retelling of his life course from his bones.

Professor Buckley says she’s “very excited” for her research to get underway.

“Telling the stories of people’s lives in the past through bioarchaeological methods is fun and engaging to a wide range of academic and non-academic people.

“The project I will undertake for the James Cook Fellowship will allow me to use that expertise to tell the stories of individuals in a way that is accessible to everyone.”

She plans to compile the individual stories together into an accessible book to be completed by the end of the second year of her fellowship.