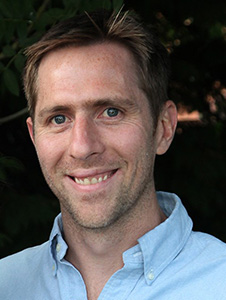 Lead author Dr Michael Garratt from the Department of Anatomy says the findings may have implications for animal breeding, IVF and for understanding how different aspects of reproduction influence maternal health.

Their results show that infertile male mice caused females they were paired with to grow bigger and to live shorter lives. When those females mated with a fertile mice later in life they produced more offspring.

Together with colleagues from the Department of Anatomy and UNSW Sydney, Dr Garratt aimed to determine which components of interactions with males influence female life-history and ageing.

“It is evident that males influence their mates’ lifespan, growth and health. Until now, most of these effects were thought to be due to the effects of pregnancy, giving birth and caring for the young after birth,” Dr Garratt explains.

“This research is significant because it provides evidence that there are long-term consequences of social interactions between males and females, regardless of pregnancy and lactation that cause effects which permeate across the entire life-cycle.

“Previously we knew that these effects occur in some insects, but it was not known whether such phenomena would extend to mammals, which live for years, rather than months. It could have important implications for artificial insemination in livestock and possibly even for human IVF.”

Professor Rob Brooks from the UNSW Sydney says one of the most surprising results from the research was the fact that mating with sterile males early in life increased later reproductive output among female mice, while mating with fertile males over the same period had the opposite effect.

“This suggests there are differing responses to specific aspects of mating and fertilisation which can push and pull subsequent reproductive output in different directions,” Professor Brooks says.

“What we do not know is whether human mating behaviour prepares women for later reproduction in the kind of unexpected ways that our study of mice shows. We do know that some pregnancy complications like pre-eclampsia are affected by the amount of pregnancy-free sex that the parents had before conceiving.”

Dr Garratt explains there are important differences in the way mice and humans respond to mating. For example, mice go through pseudo pregnancy after mating with sterile mice, while humans do not, so there is a clear physiological response to mating in mice that may not be translatable to humans.

“However, this response to mating may provide an insight into how specific hormone changes during pregnancy influence health and metabolism in women, since these are partly mimicked by the mouse pseudo pregnancy response. Consequences of seminal fluid exposure for maternal physiology may also become apparent after mating with sterile males and this exposure is speculated to have health consequences in humans.”

This research was funded by the Australian Research Council.