Previously shrouded in mystery, the evolutionary history of kōkako, huia, and tīeke saddlebacks have been revealed by a University of Otago study.

Published in the Zoological Journal of the Linnean Society, the research explored the origins of the wattlebirds by analysing their mitogenomes. 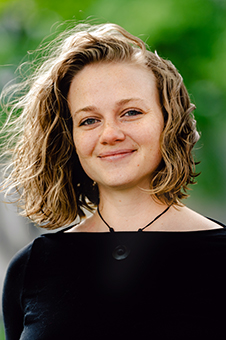 Lead author Pascale Lubbe, a PhD candidate in the Department of Anatomy, says the data shows the birds’ tupuna arrived in Aotearoa 20 million years ago.

“We knew the wattlebirds were an old New Zealand family, but we didn’t know much about when kōkako, huia, and tīeke evolved – their evolutionary histories have, until now, been shrouded in mystery,” she says.

The researchers believe several marine straits which separated the North and South islands, such as the Manawatū Strait which covered modern day Palmerston North, resulted in the North Island forms of kōkako and tīeke splitting from their South Island relatives around 2.5 to 3 million years ago.

“Divergences between the North and South islands are present in many plants and animals in Aotearoa, and we are still trying to understand the influence of new (Cook Strait) versus old (Manawatū Strait) marine seaways in these changes.”

“We do not yet know if the tupuna of kōkako and tīeke were present on both main islands and became separated by marine straits, or if they occurred on one island and flew across the straits to the other – future fossil discoveries may hold the key to distinguishing between these competing hypotheses,” Lubbe says.

Meanwhile, huia split away from tīeke saddlebacks about 8 million years ago, although it is difficult to speculate on what the driving force of the speciation was.

“It’s possible there may have been huia on the South Island, which then went locally extinct. Fossilised bird bones from the 16 to 19-million-year-old St Bathans deposits could help answer questions raised by this research – if wattlebirds originated in the North Island and kōkako and tīeke saddlebacks flew south, or if they were present on both islands and got separated by marine straits.”

The study highlights the importance of the interconnectivity of molecular, geological, and fossil evidence in unravelling the complicated biological heritage of our manu.

“Fossils are incredibly important sources of information about the country’s biological heritage and the whakapapa of our taonga species. This work highlights the importance of properly funding palaeontological research in Aotearoa,” Lubbe says.