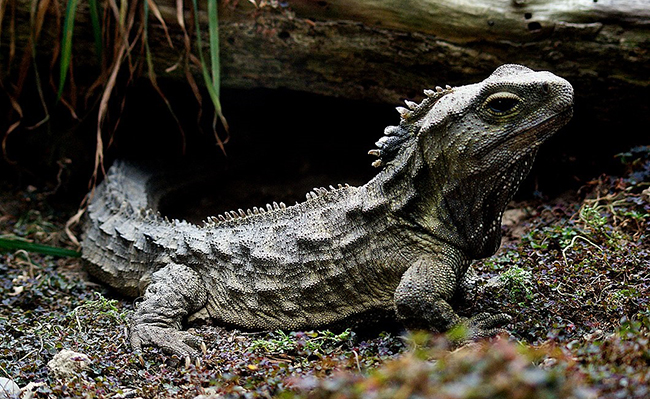 In a world first, University of Otago scientists in partnership with Ngātiwai iwi and a global team of collaborators have sequenced the genome of the tuatara – a rare reptile whose ancestors once roamed the earth with dinosaurs. 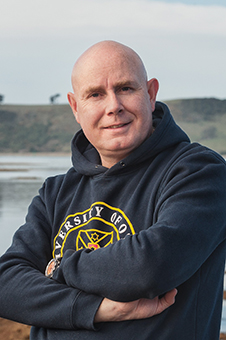 The findings on this remarkable reptile, which is found only in New Zealand, have been published today in the prestigious international scientific journal Nature.

Lead-author, Professor Neil Gemmell, a geneticist at the University of Otago’s Department of Anatomy, says the sequencing of the tuatara genome, which is 67 per cent bigger than the human genome, has revealed a genomic architecture unlike anything previously reported, and helped confirm the evolutionary position and unique life history of this ancient reptile.

“If we consider a tree of life, with species diverging over time and splitting off into groups such as reptiles, birds and mammals, we can finally see with some certainty where the tuatara sits,” Professor Gemmell says.

Tuatara have been out on their own branch of the evolutionary tree for a staggering amount of time, with prior estimates of divergence ranging from 150–250 million years; and with no close relatives the position of tuatara on the tree of life has long been contentious. Some argue tuatara are more closely related to birds, crocodiles and turtles, while others say they stem from a common ancestor shared with lizards and snakes. This new research places tuatara firmly in the branch shared with lizards and snakes, but they appear to have split off on their own trajectory for around 250 million years – a massive length of time when we consider primates only originated around 65 million years ago, and hominids, from which humans are descended, originated approximately six million years ago. 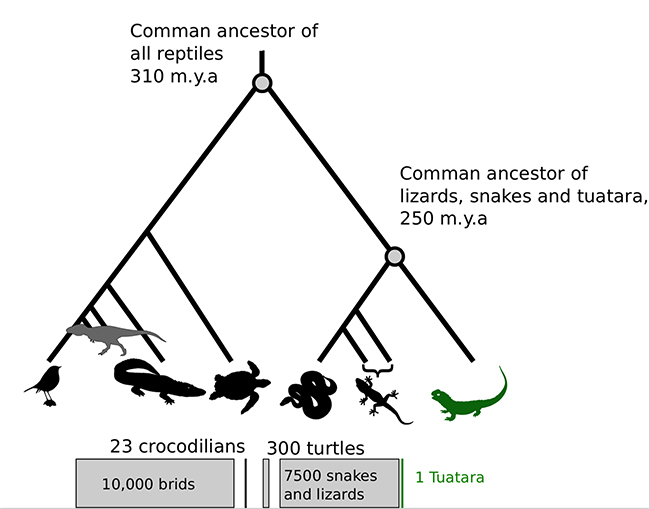 “Proving the phylogenetic position of tuatara in a robust way is exciting, but we see the biggest discovery in this research as uncovering the genetic code and beginning to explore aspects of the biology that makes this species so unique, while also developing new information that will help us better conserve this taonga or special treasure,” Professor Gemmell says.

One area of particular interest is to understand how tuatara, which can live to be more than 100 years of age, achieve such longevity. Examination of some of the genes implicated in protecting the body from the ravages of age found that tuatara have more of these genes than any other vertebrate species thus far examined.

“Could this be one of the keys to their long lifespan? Tuatara also don’t appear to get many diseases, so looking into what genetic factors might protect them is another point of focus for our study, as too we have also explored genetic aspects that underpin the vision, smell and temperature regulation of tuatara,” Professor Gemmell adds.

Another significant aspect of the research has been the collaboration with local iwi (Māori indigenous tribe) Ngātiwai, with Professor Gemmell believing the project provides a current exemplar for research teams seeking to work collaboratively with indigenous communities. He says working together with Ngātiwai has been incredibly rewarding as it provided the opportunity to explain what the research team wanted to do and why, and gave Ngātiwai the chance to share their relationship with tuatara.

“Very early on it become clear that a primary goal for us all was to develop new knowledge that would improve the conservation of this species. We agreed to partner together to achieve that aim, whilst also looking for opportunities to share other benefits that might derive from the research. It was an informed partnership that I believe was an important enabling element for the project’s success, which extends well beyond the scientific achievement of sequencing the genome,” Professor Gemmell says.

Ngātiwai Trust Board Resource Management Unit Manager Alyx Pivac says “Tuatara are a taonga and it’s pleasing to see the results of this study have now been published. Our hope is that this is yet another piece of information that will help us understand tuatara and aid in the conservation of this special species. We want to extend a big mihi to all of those who have been involved in this important piece of work.”

Clive Stone, Te Uri O Hikihiki ki Mokau also added, “I think it is important we acknowledge some of the key Ngatiwai people that made this project possible, Nga Rangatira, Houpeke Piripi, Te Warihi Hetaraka, and Hori Parata who guided us, informed us and inspired us to complete this journey”.

“As kaitiaki (guardians) of the tuatara within the Ngātiwai rohe (area) we were keen to explore this new technology (DNA genome sequencing) and enhanced Ngātiwai kaitiakitanga (stewardship), by having an active partnership role in the decision-making process, as well as actively participating in the management and monitoring programs.

It also allowed us to better prepare our taitamariki (youth) to undertake their kaitiaki responsibilities, which go with having mana whenua (authority) over these islands.

Our aspiration has been that this research would increase the national and global awareness of the conservation of the tuatara, as well as the many other New Zealand species that face similar threats to their long-term survival.

This project has also provided a significant opportunity to demonstrate the importance and value obtained when iwi, conservators and scientists work together to provide data critical for a species’ long-term preservation.”

With the genome now sequenced, the international science community now has a blueprint through which to examine the many unique features of tuatara biology, which will aid our understanding of the evolution of the amniotes, a group that includes birds, reptiles and mammals. Gemmell says “It is not far-fetched to suggest that through our new understanding of the tuatara genome, there may be novel insights that emerge that will benefit our understanding of our own biology and health.”