Researchers pinpoint cause of fatigue during pregnancy

Pregnant women now have a scientific reason for skipping the gym during pregnancy; the same hormone gearing up the body for breastfeeding is also telling the brain to relax rather than run.

Researchers at the University of Otago have discovered that the hormone prolactin – which is critical for milk production – acts in specific parts of the brain to reduce engagement in sustained periods of voluntary exercise in pregnancy. 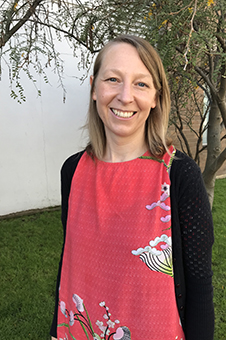 Lead author Dr Sharon Ladyman, of the Department of Anatomy, says the hormone is present in high levels during pregnancy and may account for the common feelings of tiredness and fatigue.

“This hormone is critical for milk production during lactation, and we have previously known that it is also important in promoting interactions between a mother and her baby. The fact that it can also influence behaviours such as physical activity during pregnancy had not been previously suspected.”

Researchers observed voluntary use of running wheels by mice through their cycle of reproduction – pre-pregnancy, pregnant, lactation and post-weaning.

Prior to mating, mice were voluntarily running on the wheel for a distance of between 7km and 13km a day. On day one of pregnancy that distance dropped to about 6km a day and continued to steadily decrease during the pregnancy, eventually dropping to less than 500m at the end of pregnancy.

The distance stayed low during lactation – between 500m and 1000m a day – but post-weaning spiked back to between 7km and 13km a day.

“We have showed that the mating-induced release of prolactin nduces a marked reduction in running wheel activity in mice very early in their pregnancy and this suppressive effect continues throughout pregnancy and into the first few days of lactation,” Dr Ladyman says.

“Despite pregnant women being extremely open to changing their behaviour for the benefit of their babies, many do not achieve the recommended levels of physical activity during pregnancy. We have now provided a potential biological explanation for this. Their bodies are telling them not to engage in physical activity.”

It has previously been known that high levels of prolactin during pregnancy has multiple actions to help the mother prepare for the changes that are happening in her body, such as changes in metabolism, appetite, the way she deals with stress and changes in her mood.

Dr Ladyman says while most of these changes are beneficial, they are “likely a relic of our evolutionary past, when resources were scarce and needed to be preserved for use in growth of the baby”.

“But in our modern obesogenic environment such changes have become maladaptive, contributing to excessive weight gain during pregnancy with the associated increased risk in pregnancy complications.”

By improving understanding of the biological changes that are happening, Dr Ladyman hopes women will be able to be better advised on what to expect.

“Maybe it is also empowering to understand that many of the changes are driven by biology, not solely due to any choices they are making. And in the long run, with better understanding of what is happening during pregnancy , we may be able to devise ways to fix things when they are not working properly,” she says.

The paper, A reduction in voluntary physical activity in early pregnancy in mice is mediated by prolactin, written by Dr Ladyman, Kirsten Carter, Matt Gillet, Zin Khant Aung and Professor David Grattan, all of the University of Otago, was published in the journal eLife.