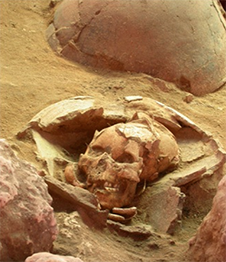 Biological Anthropology is a branch of Anthropology that studies humans from a bio-cultural perspective. This means studying those factors, biological and cultural, that result in and help us explain human variation - including understanding human origins, adaptation to different environments, human health, growth and development.

Our research at the University of Otago incorporates both laboratory and fieldwork. Regionally we have a strong focus on the Pacific and Southeast Asia and our students often undertake fieldwork with our staff. We work closely with iwi and indigenous communities in our studies of past populations and on issues of both modern and ancient human health and adaptation.

We comprise the largest group of biological anthropologists in the Southern Hemisphere, and are leaders within university, national and international research groups, including 'Allan Wilson @ Otago', 'Asia-Pacific Biocultural Health: Past and present', and the 'National Geographic Genographic Project'. 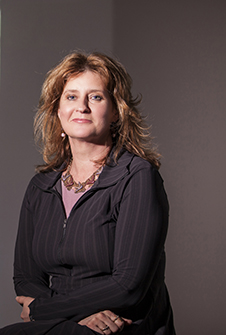 Hallie's research interests focus on the effect of different cultural and ecological environments on the health and disease of prehistoric peoples from Southeast Asia and the Pacific Islands. She uses multi-disciplinary methods such as stable isotope analyses and macroscopic observations of disease to address questions of diet and health in this region.

This research is conducted by the analysis of recently-excavated samples of the Lapita people from Vanuatu and Papua New Guinea. She also works on material from Vietnam, Thailand, and Indonesia, and museum-curated Pacific Island human skeletal remains and led the Wairau Bar Koiwi Tangata Project before their reburial in 2009.

Her work has attracted many multinational collaborations and recently culminated in an edited book about the bioarchaeology of the region.

“Over recent years, groups of people from across the world have researched collaboratively, not hoarding and guarding data, but working together really well.”

The book, 'The Routledge Handbook of Bioarchaeology in Southeast Asia and the Pacific Islands' can be found at routledge.com 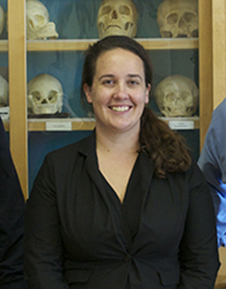 Siân's research interest lies in the effects of major social and environmental changes on human life in prehistoric times, in particular the impact of agricultural intensification and the associated social transformation.

She uncovers indicators of general stress and health by closely studying the bones and teeth of the most vulnerable in past populations, the infants and children. Siân approaches these questions at both the macroscopic and microscopic level. This work includes assessing age at death, sex, chemical analyses of diet and time of weaning, demographic change and evidence for stress and pathology.

“It wasn’t until we developed agriculture that a massive explosion in population size took place, that we became reliant on the agricultural staples that we have today, and inequality in access to resources arose. I’m looking at the birth of that era.”

More information about Siân's work can be found in this He Kitenga article. 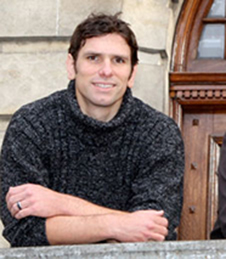 Michael is interested in how species interact with their environment both on the molecular level and on the population level, and how environmental change and human interference shape biodiversity.

His work aims at addressing a number of key questions including how molecular evolution facilitates niche adaptation and how modern conservation measures influence biodiversity.

One of his most recent projects involves using complete genome data to investigate the functional genetic basis of island gigantism in New Zealand's extinct Haast's eagle, the largest known eagle in the world. His team is also studying how populations of endangered New Zealand kaka differ on a functional genomic level to develop targeted conservation strategies based on these data.

"Next generation sequencing technology now allows us to address these challenges with an unprecedented amount of genetic information." 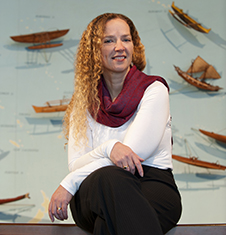 Lisa is interested in understanding human history and human variation in general, but her primary area of research is in looking at the biological evidence for the human settlement of the Pacific.

She has extensive international collaborations and is one of only twelve principal investigators forming the National Geographic Genographic Project.

She applies both ancient and modern DNA techniques to reconstruct migration pathways, and is increasingly interested in how human history and population origins may be related to some of the health issues facing Pacific populations today (Evolutionary Genomics).

"The settlement of the Pacific and the Polynesian triangle is one of the greatest stories of human history."