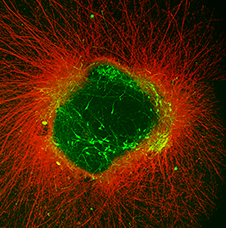 Our research focuses on:

1. Understanding brain structure and function, including the mechanisms of brain health, disease and repair.

3. Understanding how the brain controls hormone levels and how hormones control brain function.

We also engage in raising awareness of brain health and disease in schools and to the general public. We are committed to developing active educational links with the community. 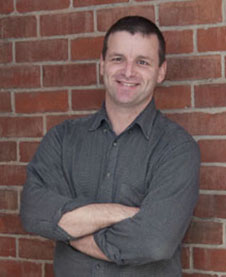 The Anderson Research Group are focused on the regulation of fertility by nutritional factors (the hormones leptin, insulin and ghrelin) and the mechanisms by which the brain peptide RFamide-related peptide-3 (RFRP-3, a.k.a. gonadotrophin inhibitory hormone) regulates reproductive activity and anxiety in mammals.

The ‘big picture’ goal is the development of new and improved treatments for infertility and anxiety-related disorders.

Greg is also a member of the 'Reproduction, Genomics and Development Research Group'. His research expertise include: transgenic mouse models, behavioural phenotyping, in vivo and in vitro cell signaling assays. 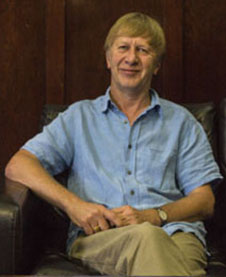 Stephen's major research interest is in the neuroendocrinology of stress.

Current research focuses on two major areas. First, understanding the complex regulation of the adrenal medullary chromaffin cell, specifically how it regulates its secretory output of catecholamines and peptides in response to multiple stress-activated inputs. Much recent work has been directed at understanding how cytokines interact with this stress response.

Our second major interest concerns the role of another cytokine, prolactin, on the stress axis. Specifically we are interested in how stressors alter prolactin secretion from the pituitary and what role this prolactin then plays in stress adaptation under different physiological states. 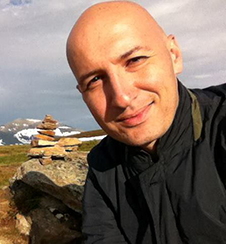 Our major interest is the neuromodulation of internal organs and the brain structures to modulate their functions and blood flow. We focus on the effects of different frequencies of non-invasive electrostimulation on internal organs blood flow to increase and decrease the blood flow.

We had six neuromodulation related Patent Cooperation Treaties (PCTs) and we are interested in investigating more novel non-invasive stimulation techniques to normalize the neuronal network functions and alleviate the symptoms of neurological diseases.

We are also researching for Interactive Virtual Reality (Hand and Forearm Muscular Avatar project is the recent one) and 3D image processing as a treatment modality, teaching and as a diagnostic tool.

Yusuf is also a member of the 'Clinical Anatomy Research Group. His research expertise includes neuromodulation and electrostimulation.

Our major research focus is in the field of post-stroke neuroprotection, regeneration and repair.

Our goal is directed at promoting recovery of sensory and motor functions following a stroke and investigating underlying mechanisms associated with delayed impairment in memory.

We are working with leading medicinal chemists and pharmaceutical companies with an aim of developing novel pharmacotherapies and drug delivery modalities to take into the clinic. 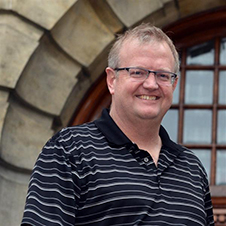 Specific interests include the control of appetite and body weight during pregnancy and obesity, plasticity in oxytocin neurons during late pregnancy and lactation, and the role of prolactin in changes in mood and behaviour in the post partum period.

Dave is one of a number of researchers whose work combines neuroscience with reproduction and developmental biology, and who are members of both the 'Neuroscience Group' and the 'Reproduction, Genomics and Development Research Group'. 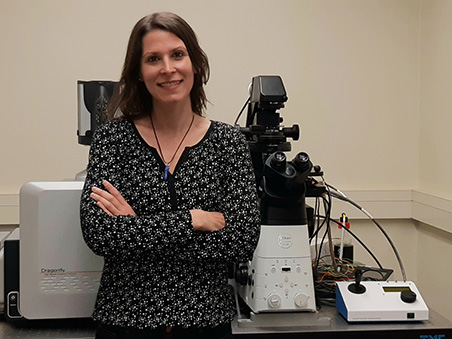 Laura is Group Leader and Academic Lead in light microscopy at the University of Otago. The goal of her research is to determine the molecular mechanisms that regulate intracellular transport processes and cytoskeletal remodelling in neurons. These are fundamental pathways that when impaired can lead to neuronal dysfunction or nerve regeneration deficits. Her research is interdisciplinary and relies on combining high-resolution live cell microscopy and advanced quantitative image analysis, biochemical and genetic methods for the identification of molecular interactions with a role in neural repair. Work from the Gumy lab has shown how the regrowth of neuronal axons depends on local translation of mRNAs and the regulation of microtubule dynamics. Recent projects are centred on investigating the mechanisms enabling the sorting and long-range transport of vesicles into axons that are necessary for neuronal growth. 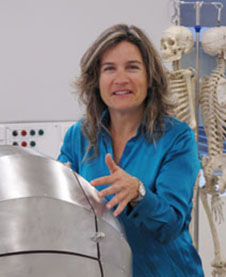 The overarching goal of Christine's lab is to understand how complications of pregnancy - such as obesity, gestational diabetes, and infection - increase the risk that offspring will acquire neurodevelopmental abnormalities later in life – such as autism spectrum disorder, obesity, learning disabilities, and depression.

To do this we are identifying factors that are unique to complicated pregnancies, and discovering how they derail the process of normal brain development.

We use an array of techniques including molecular & cellular biology, mouse genetic models, live cell imaging, and bioinformatics to address our scientific questions.

The research has the potential to discover markers that can be used to predict potential neurobehavioural disorders, and to provide research-informed guidelines for healthy pregnancy. 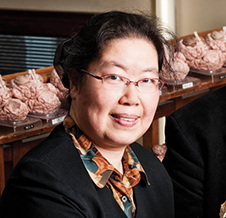 Our main research areas are:

We have been focusing on arginine metabolism, and the functional role of agmatine and its therapeutic potential. 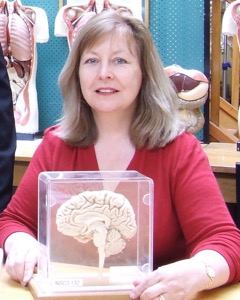 The Leitch Group research interests are in cellular and molecular neuroscience. Our research focuses on the structural and functional development of neurons and their synapses; also changes occurring at synapses during aging and in various brain disorders. We are particularly interested in the impact of altered expression of receptors and their trafficking proteins at synapses.

Projects include investigations into: the effect of AMPA receptor deficits in corticothalamic networks as a result of a mutation in a TARP trafficking protein in the Stargazer model of absence epilepsy; changes in receptor expression at synapses in the maternal immune activation model of schizophrenia; calcium channels in normal and diseased brain; agmatine and age-related cognitive decline; and the effects of BDNF deficits on synaptic plasticity in the cerebellum.

We also have research interests in the detection of newly synthesized receptor proteins at dendritic locations and synapses in collaboration with the Max Planck Institute in Brain Research, Frankfurt Germany. This project uses new methodologies to detect recently synthesized protein molecules at synapses, from their pre-existing counter-parts, with ultrastructural resolution. This research will lay the groundwork for studying whether defects in local protein synthesis contributes to synaptic dysfunction underlying various brain disorders such as Alzheimer's disease.

“Our brain cells (neurons) talk to each other at specialized connections called synapses. Understanding the mechanisms underlying synaptic dysfunction is fundamental to understanding many brain disorders”. 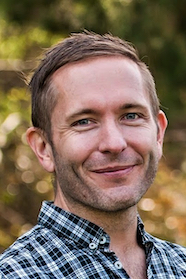 How do we remember? This faculty, so central to our sense of self, has been the subject of study for decades. Rob's research programme uses a variety of elecrophysiological and optical techniques to study the function of the hippocampus and associated rhinal cortices to address this fundamental question. 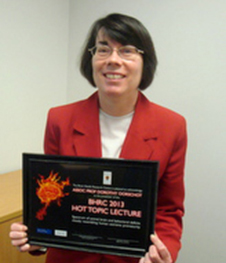 A new animal model of brain injury in infants born extremely prematurely has been developed. This model was published in the prestigious Journal of Neuroscience in 2013. Further characterization of this model and investigation of treatments to rescue the brain injury and behavioural deficits are underway. 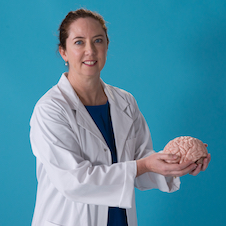 Associate Professor Parr-Brownlie has internationally recognised expertise in understanding how activity in the motor thalamus, motor cortex and basal ganglia control normal movements and is altered in Parkinson's disease. Her team uses a combination of optogenetic stimulation, electrophysiological recordings, electron and confocal microscopy to investigate brain function and structure. They have applied optogenetic stimulation to determine if there are better places and ways to stimulate the brain to improve movements in models of Parkinson's disease.

Associate Professor Parr-Brownlie has extended her research programme to:

Associate Professor Parr-Brownlie is the Co-Director of Ageing Well National Science Challenge. She has been an invited speaker at prestigious conferences in the United States, such as Howard Hughes Medical Institute (Janelia), and Gordon Research Conferences. She is the Deputy Chair for the Neurological Foundation of New Zealand Scientific Advisory Committee, on the Māori Advisory Board for Brain Research New Zealand – Roro Rangahau Aotearoa, Centre of Research Excellence, and is the Secretary of the International Basal Ganglia Society Council. 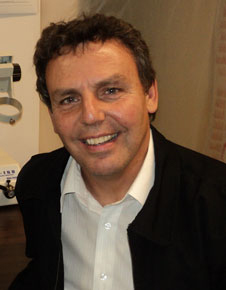 The primary focus of the Reynolds' lab is on learning and movement generation processes in the basal ganglia and cerebral cortex.

In the basal ganglia the emphasis is on unraveling the normal role of dopamine in learning and memory in vivo. Normal functioning of this process is critical to our ability to learn and perform new skills, whereas dysfunction of dopamine cells and their basal ganglia targets underlies the pathophysiology of brain disorders such as Parkinson's and Huntington's diseases and addiction.

Their most recent work is focused on investigating synaptic plasticity processes in the cerebral cortex and the mechanisms of invasive and non-invasive stimulation therapies, and taking a translational approach to their application to stroke recovery. 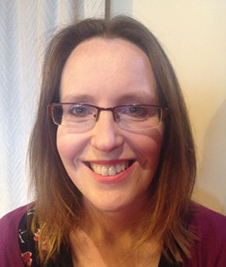 Margaret’s research is focused on understanding the basis of learning and memory, including how memory-related brain regions are affected in neurodegenerative diseases such as Alzheimer’s disease. Her work utilises numerous molecular approaches to identify gene networks and pathways which are associated with learning, memory and which are altered in neurological diseases. 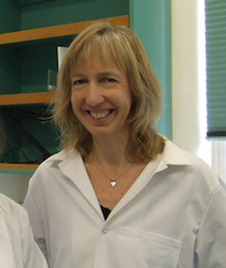 Memory mechanisms: Using modern molecular biological, bioinformatics and proteomic techniques we have built up a portfolio of studies focused on the regulation of key glutamate receptors involved in memory processes as well as how gene and microRNA expressions are altered in response to memory events. Understanding how memories are formed will lead to a greater understanding of the molecular pathology underlying aging-related memory loss and diseases of the brain.

Amyloid precursor protein: The lab is intensively researching a protein called sAPPα. Unlike amyloid-ß, the pathological agent in Alzheimer's Disease, sAPPα, has neuroprotective and memory enhancing functions and the group aims to uncover both molecular mechanisms underlying these positive functions and the specific regions within sAPPα which confer these properties as these may have therapeutic potential.

Biomarkers Discovery: We have added a new dimension to our research portfolio which aims to identify biomarkers within plasma which may be predictive of neurological diseases. Currently this work focuses on Alzheimer's Disease, Schizophrenia and Parkinson's disease.