New light cast on past human responses to climate change 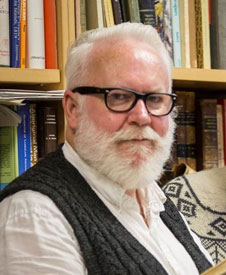 It has been argued that some of the earliest human experiments with agriculture worldwide were linked to a changing climate, so the research team studied archaeological deposits at a site in the rainforests of the New Guinea Highlands, in the same ecology where some of the earliest global agricultural behaviours have been documented at the UNESCO site of Kuk Swamp.

The researchers analysed the carbon and oxygen isotope in the teeth of 140 small mammals from the site with the aim of producing an environmental record directly reflecting human behaviour in this region.

The team found that the zone where tropical forest and open ecosystems met provided a stable source of subsistence for human hunter-gathers, who continued to hunt bats, cuscus, and possums from 12,000 to 300 years ago, indicating that agriculture was not an inevitable or forced event in this part of the world.

Tropical forests have been frequently perceived as unviable habitats for long-term human forager and agriculturalist occupation and subsistence. A long period of work in New Guinea has helped to overturn this perception in the anthropological and archaeological literature.

Humans are now known to have occupied areas this region, covered today in montane rainforest, from 45,000 years ago and some of the earliest evidence for human experiments with agriculture comes from the tropical forested portions of New Guinea. However, as Professor Glenn Summerhayes says, “palaeoenvironmental records, directly associated with these past records of human behaviour, have remained lacking”. This study, published in the early online edition of Nature Ecology and Evolution, sought to address this gap in knowledge for the region.

Stable carbon and oxygen isotope analysis has been frequently used to reconstruct the diets and environments of past human and animal populations. However, as Professor Julia Lee-Thorp from the University of Oxford points out, “it is only relatively recently that this method has begun to be applied to small mammals, despite the fact that these animals are highly sensitive to environmental change and provide a truly ‘local’ picture of vegetation and water dynamics”. This is particularly the case in tropical forest settings.

The team analysed the teeth of fruit bats (Aproteles bulmerae), cuscus (Phalangeridae), ring-tailed possum (Pseudocheiridae) and macropods (Macropodidae) from the archaeological site of Kiowa, which spans the origins of agriculture in the region (12,000-8,000 years ago), and beyond until around 300 years ago. These animals are well studied in the region and have known relationships with human communities and well-understood ecological behaviours.

The results provided a rare, new environmental record for the Central Highlands of New Guinea that indicated a stability of the local tropical forest environments across the period of human occupation of the site. “This research enriches our understanding of the supposed origins of agriculture in the region, indicating that stable environments supported agricultural experimentation and the persistence of tropical forest foraging within a small area,” says Mr Dylan Gaffney of the University of Otago.

“While intensive landscape modification and the domestication of plant taxa, including the banana, yam, and taro, occurred at nearby Kuk Swamp, foragers at Kiowa continued to hunt and forage in the stable tropical forest environments nearby,” states lead author, Mr Patrick Roberts, of the Max Planck Institute for the Science of Human History.

“As a result, although the origins of agriculture are seen as having massive social, demographic, and environmental impacts that continue to today, agriculture is best seen as part of a continuum of human-environment interaction in Melanesia, rather than as an inevitable trajectory,” says Mr Roberts. This work further demonstrates how new methods, such as stable isotope analysis of tooth enamel and LiDAR, are enriching our knowledge of past human tropical forest use, where poor preservation and difficulty of survey have often limited archaeological research.

“These environments were a key part of the adaptive flexibility of our species, and potentially also its hominin ancestors, and provided a key environment for Homo sapiens, from its expansion beyond Africa during the Late Pleistocene, through the origins of agriculture, and down to present-day over-exploitation,” concludes Mr Roberts.

The authors suggest that this research indicates the potential benefits of a multi-proxy approach to the reconstruction of past human-tropical forest interactions. As Professor Summerhayes notes, “the continued application of such methods in different tropical forest environments worldwide will begin to produce large datasets with which the ecological challenges faced by our species, and the behaviours used to overcome these challenges, can be explored for some of the most bio-diverse, but now threatened, of the world’s terrestrial environments”.