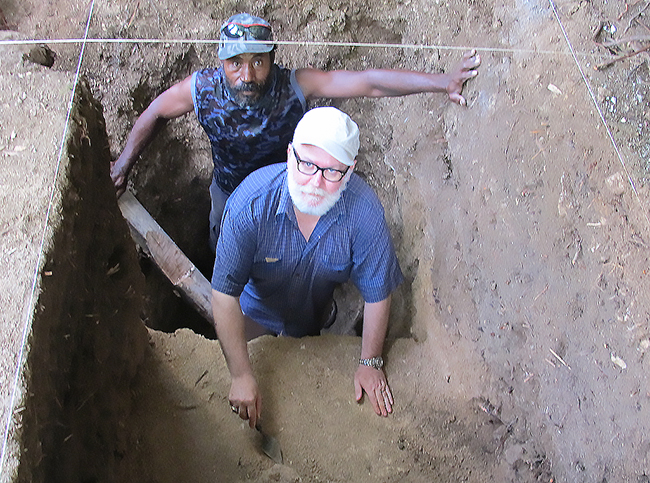 Late last year Archaeology's Professor Glenn Summerhayes was thrilled to receive the “rare honour” of being named a Corresponding Fellow by the Australian Academy of Humanities (AAH).

"I am very proud to receive this rare distinction. I am also honoured to bring my New Zealand and Australian colleagues together with scholars from Papua New Guinea. This is what international collaboration is all about."

The AAH describes the honour as the highest for achievement in, and contribution to, the humanities in Australia. Professor Summerhayes received the accolade for his work on Papua New Guinean, Melanesian and Pacific archaeology, and on archaeological science techniques aimed at elucidating patterns of trade and exchange.

Recognition from the AAH continued a stellar year for Professor Summerhayes, who received a Medal of the Order of Australia (OAM) in the Australian Queen’s Birthday Honours List in June.

Professor Summerhayes came to New Zealand 17 years ago; before this he was Head of Archaeology and Natural History at Australia’s premier research institution, the Research School of Pacific and Asian Studies, Australian National University.

He has maintained strong academic links with Australia; in addition to being an Honorary Professor at both the Australian National University and the University of Queensland, he has collaborated with staff at several Australian institutions who are involved with his Marsden-funded research in Papua New Guinea (PNG), and he and colleagues have gained three Australian Research Council grants. The projects from these grants have involved students from Otago, PNG and Australia.