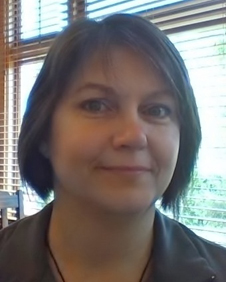 Caroline studied at Birmingham University in the UK (Biochemistry BSc honours) before taking up a PhD with Prof Hugh Woodland at Warwick in 1992. After completing her PhD "Investigation of the effect of Wild type and mutant NF-kB related proteins on mesoderm induction in Xenopus" , In early 1996 she began work as a postdoc in Prof Jonathan Slack's lab at the University of Bath, where she worked on tailbud development, gamma-secretases (briefly), transgenic techniques and tail regeneration.

Jo brings a wide range of molecular skills to the lab as well as helping to keep things running smoothly. Jo works for several other research teams in Zoology.

Erin has joined the lab this year part time, and is helping us to develop robust gene knockdown with CRISPR-Cas9 in Xenopus embryos. She spends the rest of her time in Mark Lokman's lab, where she also did her PhD, doing other very exciting things.

Matt is co-supervised by Dr. Louise Bicknell in Pathology. He is continuing to work on creating models for rare genetic diseases, using CRISPR/Cas9 in Xenopus. Matt also completed a summer studentship from the Otago Medical Research Foundation, developing imaging technology and behavioural analysis for our new epilepsy model, in summer 2017/2018.

Fernando joined the lab in mid 2017 and is currently midway through his research year. He majored in Linguistics (BA) and Genetics (BSc), with a minor in Japanese, and his MSc research focuses on spinal cord regeneration.

Campbell is an Otago Genetics BSc major, and joined the lab in 2019. He is currently in his papers year and will be focussing on the link between Gram negative bacteria, Toll-like receptors and regenerative outcome, following on from the work of Thomas Bishop and Thomas Devine. Campbell is co-supervised by Dr. Xochitl Morgan, in the department of Microbiology and Immunology. 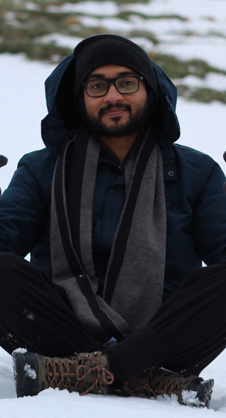 Prashath is from Sri Lanka and joined the lab in late 2017. He has a BSc degree from in Biochemistry and Molecular Biology from the University of Colombo (Sri Lanka) and a MSc in Biotechnology from South Asian University (India). His research is co-supervised by Prof. Peter Dearden In Biochemistry, and he is studying the origins, evolution and diversity of extracellular fine-tuning mechanisms for regulating TGF-beta signalling in metazoans. 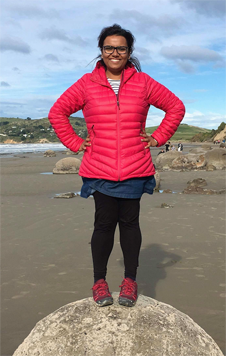 Sulagna is from Kolkata in India and has an MSc in Medical Genetics from University of Glasgow (Scotland). She started her PhD in February 2018 and will be using a new model of intractable epilepsy to test novel botanical compounds for their ability to reduce seizure activity. Sulagna's research is co-supervised by Dr. Paul Szyszka who joined the Department of Zoology in 2019. 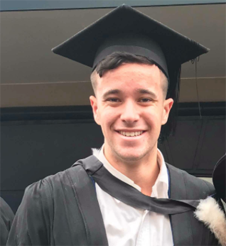 Tom completed his honours research with Dr. Xochitl Morgan in Microbiology, co-supervised by Caroline. Tom's project aimed to link the microbiome to regeneration success in tadpoles, using next generation sequencing and analysis.

Tom did his undergraduate study in Biochemistry at Otago University and an Honours project with Prof. Iain Lamont. Tom then joined the Beck lab to pursue his PhD, in which he made some great progress towards understanding how regeneration is regulated by pathways that link wound response, inflammation, apoptosis and cell cycle. You can read some of Tom's work in preprint form at BioRXiv here. 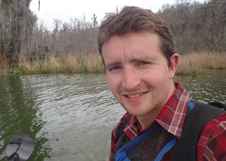 Tom also spent 7 months in Florida working with Profs Malcolm Maden and Paul Reier, where he applied his Xenopus findings to mammalian regeneration models. He is now a postdoc at University of California!