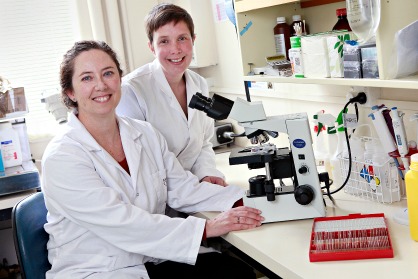 Congratulations to Dr Louise Parr-Brownlie who has been awarded the Otago School of Medical Sciences Kaupapa Māori Research Award. The award recognises Dr Parr-Brownlie’s research excellence and the high impact of her work upon health outcomes for Māori. The award is accompanied by a $3,000 grant toward research and scholarly development.

“It is an honour to receive the award,” Dr Parr-Brownlie said, noting that it “came as a surprise”. However, she was a clear choice for Professor Neil Gemmell and Associate Professor John Reynolds who nominated her for the honour.

Dr Parr-Brownlie’s achievements in academic research, accompanied by her drive to assist Māori postgraduate students and postdoctoral fellows to reach their full potential made her an ideal candidate for the new award.

Dr Parr-Brownlie’s work focuses on the neural mechanisms which underlie voluntary movements and movement deficits in Parkinson’s Disease. In the last year alone she has been published in multiple highly regarded scientific journals, which demonstrate how significant her research has been not only in New Zealand but around the world.

In the coming year Dr Parr-Brownlie will be focusing her work toward a new project which may result in new and improved treatment options for Parkinson’s patients in the next five years.