What is this "love hormone" oxytocin? 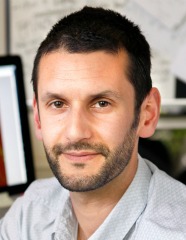 Described as the "love hormone'', oxytocin might increase empathy, but it'd pay not to spray it up your nose, writes brain-cell expert Karl Iremonger.

You may have heard oxytocin referred to as the "love hormone''.

But before you go out this Valentine's Day to procure large quantities of the neuropeptide to sprinkle about, take a moment to find out about the science behind this little hormone.

As well as being released into the brain, oxytocin and vasopressin are also released into the bloodstream and travel all around the body. The stimuli that trigger the release of these molecules includes sexual stimulation, childbirth, breast-feeding, stress, and dehydration.

Thankfully, release of these molecules does not require these stimuli to all happen at once.

Once released into the body, vasopressin acts on the kidneys to help prevent dehydration, whereas oxytocin acts on the uterus to facilitate childbirth as well as on the mammary glands to induce milk release for breast-feeding.

These hormones are found in many species, including humans and rodents, but similar molecules are even found in worms and pond snails.

Remarkably, research on a rodent called the prairie vole has provided some of the most interesting results.

These animals are found on the plains of North America where they enjoy digging holes. Once they find a mate, they partner with that mate for life.

This behaviour critically depends on the release of oxytocin and vasopressin within the brain.

Artificially elevating oxytocin or vasopressin levels in these voles can artificially induce this bonding behaviour.

Unfortunately, the oxytocin and vasopressin molecules are large in size and have difficulty diffusing into the brain.

One novel (yet controversial) method of delivering oxytocin into the brain of humans is to puff it up the nose with a nasal spray.

Studies using oxytocin nasal spray have concluded that oxytocin delivered via this route can induce small changes in the activity of areas of the brain known to be important in processing social cues and regulating fear responses.

Other studies have reported it may increase trust and empathy and reduce anxiety.

It is important to note, however, that these effects on behaviour are highly variable and depend both on the individual and the social situation.

One proposed explanation for this is that some people respond differently to oxytocin due to slight differences in their DNA.

This idea has led researchers to investigate whether the DNA code for the oxytocin receptor is different in people with certain neurological conditions that are associated with social deficits, for example, autism spectrum disorder.

So before you go out and spend your next pay on a supersized box of oxytocin nasal spray, it is important to know that the effects of these molecules are complex and not completely understood.

Unfortunately, a brief puff of these molecules is unlikely to make someone fall in love with you in an instant. That is, unless you are a prairie vole.

• Dr Karl Iremonger is a researcher and lecturer at the University of Otago department of physiology. He was awarded the 2014 Prime Minister's MacDiarmid Emerging Scientist Prize after discovering a new brain cell structure and communication system, setting the stage for more targeted therapies for neurological diseases.

reprinted from the Otago Daily Times