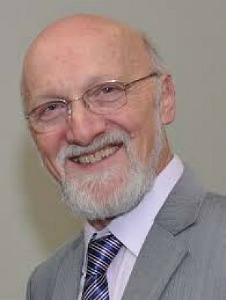 Calcium is important for more than just healthy bones. According to Emeritus Professor John Rostas from the University of Newcastle, it is also a key factor in cell death during stroke. In his lecture to University of Otago researchers on January 29th, Professor Rostas discussed how a protein triggered by calcium, CaMKII, goes out of control during a stroke and what can be done to minimise the damage it causes.

During normal neuronal functioning calcium-calmodulin kinase II, or CaMKII, is triggered by calcium coming into a neuron. This happens when the neuron is activated. After CaMKII is triggered it opens up more channels that let calcium into the neuron so that, during the next activation, even more, calcium can enter the neuron. The level of calcium in the neuron and, therefore the amount of calcium around to trigger CaMKII, is normally controlled by mechanisms in the cell membrane which sense how much calcium is present and push some of it out if there is too much. During a stroke neurons are over-activated, and calcium rushes into the cell faster than it can be removed. If calcium reaches a certain level the neuron dies, causing the damage we see in stroke victims.

Professor Rostas discovered that CaMKII’s part in this cell death is modulated by a phosphate that attaches to a specific part of the protein in a process called phosphorylation. Phosphates are a little like batteries, in that they power a protein to do a specific function. Depending on where this little battery attaches to CaMKII it will either let more calcium in or stop it from working entirely. The two areas where a phosphate could attach, which were suspected to play a role in CaMKII going haywire during stroke, were sites T253 and T286.

In order to figure out which area was at fault Professor Rostas and his team grew three different types of neurons from stem cells: neurons with no modifications, neurons that could only phosphorylate CaMKII at T286, and neurons that could only phosphorylate CaMKII at T253. What they found was that when these cells were given large amounts of calcium the T253 cells died in much greater numbers than the other cells. This suggested that phosphate binding to T253 on CaMKII is causing the cell death we see in stroke.

If we know what is causing this cell death, what can we do to stop it? The answer, according to Professor Rostas, seems simple: we need to stop T253 from being phosphorylated during stroke.

This information points researchers in a new direction for developing novel treatments. The focus now will be on developing a molecule which stops that protein binding. Although that process will not be fast or simple, it brings fresh hope to the idea that one day we could eradicate the effects of stroke, and have a population that not only live longer but can also live healthier more full lives without the threat of stroke.