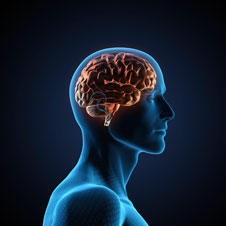 University of Otago researchers have discovered a promising new marker that could help diagnose Alzheimer’s disease — and all that might be required is a simple blood test.

The researchers have discovered that a small number of a large class of molecules called microRNAs — found in both the human brain and blood — are exceptionally good at detecting Alzheimer’s disease.

Before this work began, blood plasma microRNA had been shown to reflect various disease processes, and specific microRNAs were linked to neurological diseases. This led Dr Joanna Williams of Otago’s Department of Anatomy to suggest that blood microRNA levels may reflect changes in the brain.

The specific set of blood microRNAs that the Otago researchers have identified can detect Alzheimer’s disease correctly 86 per cent of the time.

Although the exact identities of these diagnostic molecules are still under wraps, the researchers believe this finding is an important breakthrough that has the potential to help even with diagnosis at the very earliest stages of the disease.

The discovery was made as part of a $4.6m Health Research Council of New Zealand (HRC) programme grant, directed by Professor Cliff Abraham, looking into markers and therapeutic targets for Alzheimer's disease and other dementias, which currently affect more than 50,000 New Zealanders.

Participants for the study were recruited from Dunedin and included those with no sign of any neurological disease and those who had been diagnosed with Alzheimer’s disease as confirmed by consultant neurologist Dr Nicholas Cutfield and clinical psychologist Professor Bob Knight.

Dr Joanna Williams led the screening of microRNA in the study participants’ blood samples. A member of her team, Diane Guévremont, screened 360 microRNAs in each blood sample to identify those that could be used to predict whether the blood sample would fall into the Alzheimer’s group or the age-matched non-Alzheimer’s control group.

They identified three key microRNAs that were different between the people with Alzheimer’s disease and those without it, especially when combined with a specific genetic marker.

Similar results were found in blood samples from a mouse model of Alzheimer’s that is based on specific genetic mutations found in people with familial Alzheimer’s disease.

“Although there are other known markers of early Alzheimer’s disease, such as an accumulation of the toxic protein beta amyloid in the brain, testing for these involves expensive or invasive procedures that can’t be used in routine clinical practice,” says Dr Williams.

A blood test to diagnose Alzheimer’s would be quick and easy to administer, relatively inexpensive, and readily available.

“We know that the levels of these microRNAs differ in people who have Alzheimer’s and people who don’t. So if a GP took a blood sample from a patient who was beginning to show symptoms of memory loss, what we’d do is analyse that blood and see how that patient’s pattern of microRNA compares against established patterns,” she says.

Although this blood test currently is not able to predict whether a person without symptoms is likely to get Alzheimer’s in the future, Professor Abraham says that this is something the team is working on.

“Our ultimate goal is to develop a blood test that would not only help diagnose Alzheimer’s, but could also spot the disease before people show any clinical signs. Alzheimer’s begins some 10 to 20 years before it’s clinically diagnosed, so that would mean you could start treatment earlier in that population identified as high risk.”

The team is currently sourcing blood samples from studies where they know the participants didn’t have any obvious clinical signs of Alzheimer’s — or only had very mild cognitive impairments — and then progressed to more severe forms of Alzheimer’s. They will also explore if the same or different microRNA patterns are found in other neurodegenerative diseases like Parkinson’s.

HRC Chief Executive Professor Kath McPherson says that like many other countries, New Zealand has a growing ageing population, which is going to lead to an exponential increase in disorders like Alzheimer’s disease unless something can be done to stem the flow.

“We’re proud to support this programme, which has made excellent progress towards being able to identify those at risk of Alzheimer’s and other dementias,” says Professor McPherson.

“This research is so important because clinical trials are usually done with people at an advanced stage of Alzheimer’s, with drugs then introduced to see if they can modify the disease. Not surprisingly, these trials fail. The drugs may be more successful though if we knew in advance who was going to get Alzheimer’s and started the treatment sooner.”

The diagnosis of Alzheimer’s isn’t the only area where the Otago researchers have excelled in this HRC programme. Professor Warren Tate, a RNA biologist in the Otago team, says they also have promising leads on new ways to treat Alzheimer’s. While these results won’t be available until later this year — and important groundwork still has to be done before a clinical trial is possible — he says the work so far is at a “promising and exciting stage”.