Here at the BHRC we are always on the lookout for research which could have a real impact on the lives of those with mental illness. A recent article published in Nature does just that. The researchers have identified a gene which, when activated during adulthood, dramatically reduces the symptoms of autism in mice. We thought this would be a good opportunity to take you through the ‘how’s and ‘why’s of autism spectrum disorder, and explain why this finding is important.

Autism spectrum disorder (ASD) is a developmental disorder which affects around 1% of all people, and around 50,000 New Zealanders. It’s a spectrum, which means that the severity of symptoms varies from person to person. Typically, what people talk about when they describe ASD are the social aspects of the disorder such as difficulties communicating or interacting with others. However, motor issues and language deficits are also common.

The direct cause of autism spectrum disorder is unknown, however strong links have been made between ASD and specific gene mutations as well as the presence of certain substances in the womb. One of the main hindrances in finding the cause of the disorder is that there is likely no single cause, but instead a cluster of separate factors which each result in a similar set of symptoms. One such cause is the gene SHANK3 which is missing or mutated in 1% of individuals with ASD. This gene was the focus of the recent article in Nature. 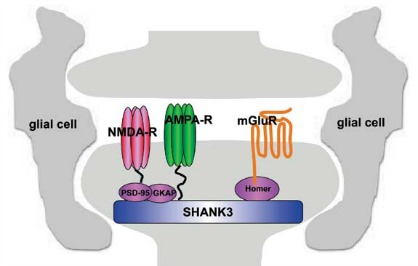 SHANK3 is a gene which creates a specific protein for neurons. This protein helps to organise an area of the neuron called the post-synaptic membrane. This is a crucial area for neural communication as it changes based on the information the neuron receives from other neurons. If the post-synaptic membrane is disorganised then both the neuron itself and the cell that is talking to it have to work harder to make a connection. SHANK3 was specifically chosen for this research because it is present most densely in an area of the brain called the striatum, which is known to have functional and structural abnormalities in people with ASD. Previous research has found that when mice do not have the SHANK3 gene they develop motor ticks and social abnormalities which model some of the changes in social behaviour observed in humans with ASD.

When the brains of mice without SHANK3 were looked at directly, researchers found another issue: a dramatic reduction in the number of dendritic spines in the striatum. Dendritic spines are little lumps on the surface of the neuron which are very important for communication between cells. While they’re not the only area where connections between cells can be made it is safe to say that fewer spines means fewer connections. This suggests that the mice which lack SHANK3 have less information coming into their striatum, and have less overall processing happening in their striatum. But how could this be causing the ASD-like symptoms observed in these mice?

We asked BHRC researcher Professor Brian Hyland why abnormalities in the striatum might cause the symptoms of ASD. He explained that the striatum is a very complex and very important brain region: “[The striatum] receives inputs from many other regions, integrates that input, and sends the resulting messages onwards to guide activity in many parts of the brain”. So, we’re talking about a part of the brain which doesn’t just serve a single function, it feeds information to other areas so that they can all function correctly.” He stressed the importance of the dendritic spines in the functioning of the striatum, as they allow the neurons of the striatum to change how strongly they’re connected to other neurons. “This ability to change strength of connections,” he said, “is vital for both long term learning, and more moment-to-moment behavioural flexibility.” 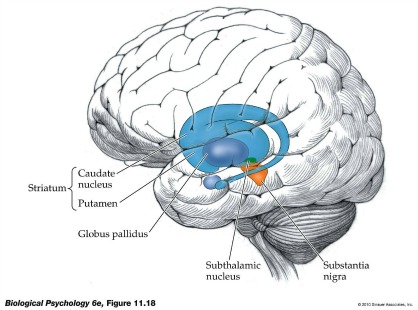 What we know so far is that dendritic spines are important for the running of the striatum, and that the number of these spines are reduced when the gene SHANK3 is not present. We also know that the removal of this gene results in autism-like behaviours in mice. So, the lack of spines in the striatum could be causing the symptoms of autism spectrum disorder.

In this new study researchers used gene therapy to replace the SHANK3 gene in mice who were born without it. This therapy increased the number of dendritic spines in the striatum of these mice, and either reduced or eliminated their ASD-like symptoms. The mice used in the study ranged in age from 20 to 140 days old, which is the rough equivalent of 10 to 25 year old humans. In the older mice some motor coordination and anxiety issues persisted after treatment, however these symptoms were eliminated along with all other symptoms in the 20 day old mice.

While this therapy is far away from being available to humans, it has opened up a new avenue for the exploration and treatment of a disorder which many believed to be irreversible. The researchers are hopeful that with the information they’ve gathered through this process they will be able to better understand some of the other mechanisms for ASD and develop further treatments for the disorder.

For the moment this may not seem like big news, after all 0.001% of the population doesn’t sound like a lot of people. But in New Zealand alone we’re talking about 500 people. 500 families. 500 lives that could be changed by a single treatment. This is an incredible step forward, and we at the BHRC are excited to see where it goes from here.

The original article, published in the journal Nature, can be found here:
http://www.nature.com/nature/journal/v530/n7591/full/nature16971.html