How do changes to our DNA impact our memories? This, broadly, was the question BHRC member Madeleine Kyrke-Smith set out to answer in her PhD. Ms Kyrke-Smith was the 2015 recipient of the Roche Hanns Möhler Doctoral scholarship offered through the BHRC, which enable her to complete her PhD studies.

Your memories are believed to be physically stored in the brain in patterns called engrams that are located in distributed networks of cells. The idea is that if the cells in the engram are activated in the correct pattern they will trigger a specific memory. However, in order to form engrams, cells have to be able to develop stronger connections to other cells. They do this by a process called long-term potentiation.

Long term potentiation, or LTP, strengthens connections between individual cells in your brain. If two cells that are already connected become active around the same time then they’ll become more influenced by each other. When the first fires, the second will be more likely to fire. 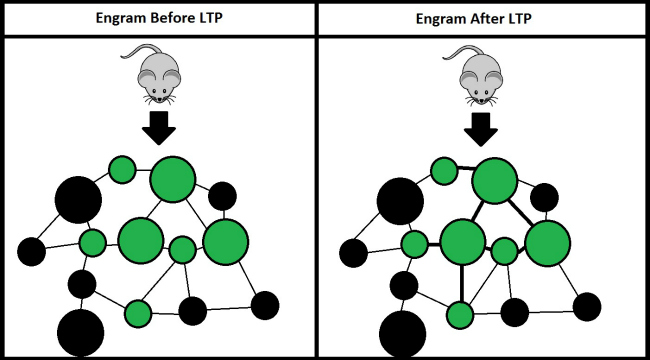 LTP has three broad stages which are controlled by different processes, and depending on how strongly a cell is stimulated it could experience some or all of these three types of LTP. LTP1 starts immediately, making the cells more sensitive to stimulation for the next five hours. Processes involved in LTP2 also start immediately and can extend the enhanced connectivity between cells after the five hour mark by changing how the synapse, the connection point between cells, is shaped. This increased sensitivity can last up to seven days. The third stage, LTP3, is necessary for long-term cellular changes which can last for a year or more. LTP3 is believed to be the crucial element necessary for our long-term memories. Though we know that changes in gene expression are critical for LTP3, how this process works is still unclear.

Madeleine proposed a new hypothesis for how gene expression may regulate memory. The hypothesis was that LTP3 may put the brakes on the genes which changed the connectivity of the cell in LTP2. Why is this important? Because it makes the connection between cells more stable. This means that the connections become stronger, making the links created in the engram last for a long time. It makes the engram resistant to change, which means that that memory will last.

What do genes have to do with memory? Quite a lot. Most things in your body are ultimately controlled by your DNA. All of the machinery in your cells, all the proteins that make things work, are constantly being made from the code of your DNA. However, the parts of your DNA which are available to make proteins or other structures can change. Your DNA is incredibly long, about two meters long. So to fit in each tiny cell it has to be wrapped tightly around proteins called histones. If it is wrapped very tightly it can’t be accessed, but if it is wrapped loosely then it is available to make proteins for the cell. Which parts are wrapped tightly and which parts are wrapped loosely changes constantly, and this affects what that cell can do at any one time.

Ms Kyrke-Smith theorised that the process of solidifying connections in LTP3 might be controlled by two proteins that make DNA wrap tightly around histones: HDAC1 and HDAC2. However, as is usually the case in science, her results weren’t that simple. She found that HDAC1 and HDAC2 activity was increasing at a time when, according to her hypothesis, it should have been decreasing, and that it levelled out when it should have been increasing. LTP was affecting HDAC1 and 2 but not in the way she’d expected. 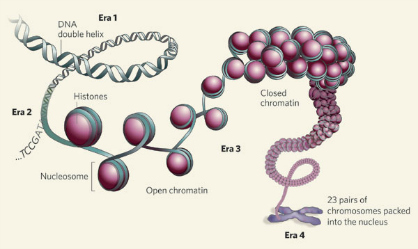 After further experiments Ms Kyrke-Smith concluded that HDAC1 and HDAC2 may indeed be involved in shutting down the expression of genes which regulate LTP2, however this doesn’t extend the lifetime of the LTP overall, i.e. LTP3. So what is driving LTP3 and really long term memories? We simply don’t know.

Why is this important? Because memory is crucial to our daily existence, and when it begins to break down we lose an important part of ourselves. Alzheimer’s and dementia currently affect more than 47 million individuals, and that number is only going to rise. More than 75 million people are expected to be affected by 2030, 131 million by 2050.

We know that one of the main facets of Alzheimer’s disease, specifically, is a failure of LTP. If we can figure out what is controlling this process, and resolve the issue for those affected by Alzheimer’s disease then tens of millions of lives could be improved. Treatments which inhibit HDAC1 and HDAC2 have been proposed for Alzheimer’s disease, and Madeleine’s work has narrowed down part of the memory formation process which may be assisted with these types of drugs. However, these studies do not answer the whole question and therefore more work is needed to understand LTP3 and the long-term changes.

While Ms Kyrke-Smith didn’t find what she was expecting, this work has revealed a crucial piece of the memory puzzle. The more we know about how this process works, the better equipped we will be to tackle these health issues in the future.