Project puts a spotlight on the causes of epilepsy 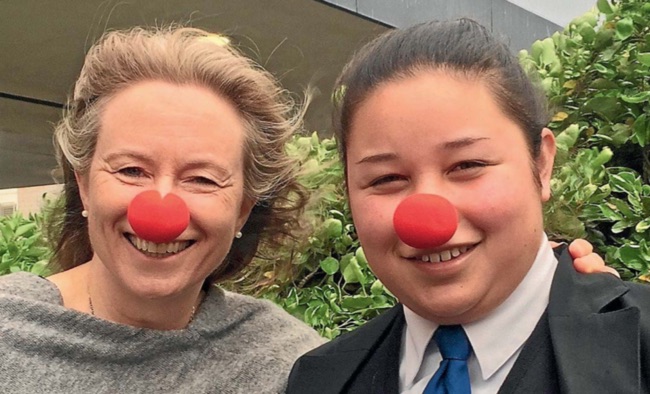 Despite daily seizures, being unable to get behind the wheel of a car and facing a lifetime on medication, Brooke Raemaki remains all smiles.However, there is hope the 16-year-old's health struggles may benefit others, as she participates in gene research being carried out at Otago University's Wellington campus.

Brooke was born with hypothalamic hamartoma - a benign tumour right in the centre of her brain that causes epilepsy.

"I started to get really bad at [age] 8, having seizures and being tired every day. I had a beanbag at school I used to just fall asleep on. I've always tried to live a normal life with the seizures just something to accept."

She doesn't remember a lot from her early years - when she was at her worst - but her mother, Shona Raemaki, certainly does.

"She was a real handful because one of the things associated with her condition, which we didn't know about at first, was uncontrollable rage.

"I honestly tried every Super Nanny trick in the book but nothing worked."

Brooke's cognitive skills nosedived at around age 6, when she began losing the ability to read, write or speak.

That "massive downslide" in 2008 led the family to expert paediatric neurologist Dr Lynette Sadleir, who for the past 10 years has been leading Brooke's treatment.

The first course of action was to test out different drugs designed to control Brooke's seizures.

When that proved unsuccessful, surgery became her best option.

After two surgeries in Australia to remove most of the tumour, Brooke's outlook on life and the severity of her seizures changed significantly.

"It was like someone turned the lights on, it was amazing," the teenager said.

Brooke is one of the more than 1500 children and their families taking part in the project, which has already identified genes that contribute to the condition.

The research has also led to the use of already-known drugs as new successful treatment for different types of epilepsy.

The primary goal of Sadleir's research, which is funded via Cure Kids, is to improve the treatment of epileptic children by providing faster diagnosis and a better understanding of what causes their seizures.

Cure Kids will celebrate Red Nose Day on September 28, with the aim of raising funds for lifesaving child health research.

"I've always tried to live a normal life with the seizures just something to accept."