Concussion has been all over the news lately with an increasing number of athletes being affected by the condition or being side-lined until they’re cleared. It can be incredibly difficult, even in the world of professional sport, to identify a concussion. From the outside the knock might not look too bad and symptoms are not always immediate or easy to see. Due to the damage that can be caused by repeated concussions the sporting industry is moving more and more toward side-lining players until concussion is ruled out, but research may provide a better way of identifying people with the condition. 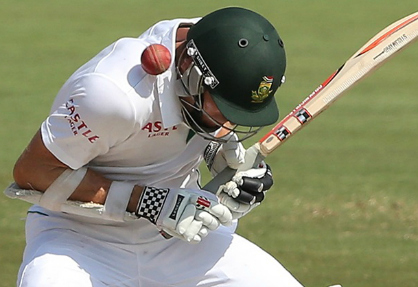 As an example, one recent test comes from a lab in the United Kingdom whose results were published in the journal Metabolomics. The researchers compared metabolites in the blood of concussed and non-concussed individuals in order to narrow down the differences between them. Metabolites are the products of metabolic functions in the body, and since the brain diverts metabolic resources to fix the damage caused by concussion it would make sense that the metabolites produced in concussed individuals would be slightly different than in the normal population. Using the information they gathered the researchers were able to develop a blood test which they’ve shown to be 92% accurate for diagnosing concussion, however the test doesn’t provide any information about the severity of the concussion.

The second test comes from a lab in the United States who reported, in the journal Nature, that they were able to develop a test to identify concussion and concussion severity using non-invasive EEG testing. EEG measures the electrical activity of the brain through the skull, and how it changes in response to certain stimuli. In this particular test the researchers had the individuals listen to a tone and then at some point while the tone was playing a person’s voice, saying the syllable ‘da’, would also play. This layered auditory information requires a lot of processing in the brain as it tries to differentiate between the tone and the voice. It also produces a consistent pattern of electrical activity in the brain, but these researchers showed that, with concussed individuals, especially as the concussion severity increases, the brain takes longer to process the sounds. By using this test the researchers were able to accurately identify 90% of concussion cases and accurately rule out 95% non-concussed individuals. 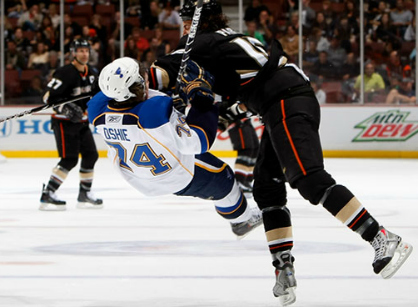 It’s important to note that neither of these tests could immediately rule out concussion during a game. The blood test would take up to a day to complete, and the EEG would require the individual to be relaxed and in a quiet and specialised testing area. They could, however, get non-concussed players back into the next game with much greater confidence that their brains won’t suffer, and could also be used as a way of keeping track of concussion recovery for those players who do sustain concussion. Currently doctors suggest at least 3 weeks of rest and recovery post-concussion, but this kind of blanket recovery time won’t fit all people or all severities of concussion. Tests like these might allow doctors and coaches to keep track of their players, to know when they are at risk, and to be reassured that when they come back to the game they’re coming back fully recovered.

Why all the fuss about concussion? Because despite not necessarily causing major trauma like swelling or bleeding in the brain, concussion still causes serious damage. When directional force is applied to the brain it stretches, tears, and sometimes breaks brain cells and their connecting fibres. While this is happening the chemical balances which usually keep the cells working are also disrupted, so there is a delay in getting the cells back online so that they can repair. This damage can last for months as cells repair tears, reconnect to one another, and regrow the parts of themselves which were lost. If the brain has to deal with another concussion during this time the damage can be significantly worse and more long lasting.

What has been observed in contact sport players, particularly American football players, is that this layering of concussion upon concussion eventually leads to a build-up of proteins between cells which makes it difficult for them to communicate. These individuals start to experience problems with their memory, their mood, and their ability to control their behaviour. This is known as chronic traumatic encephalopathy, and it is a devastating and severe form of early onset dementia. Once it starts it cannot be treated.

While chronic traumatic encephalopathy remains hugely concerning, it is becoming clearer that you don’t need as many concussions as a pro football player to experience long-term negative effects. Recent research, published in the journal Brain, suggests that people at risk of Alzheimer’s disease have a heightened chance of early onset after experiencing concussion. It has also been linked to less severe memory deficits, as well as the development of mental illnesses such as anxiety, depression, and an increased risk of suicide.

Better testing and diagnosis of concussion is not only helpful for sporting professionals but for all of us. As these diagnostic methods move forward they, give us a better chance of receiving the correct treatment for concussion and facilitate a more thorough and complete recovery from this troublingly common brain injury.