The Effect of Placebo on Heart Surgery Recovery

The placebo effect is a psychological phenomenon which uses a person’s expectations alone to cause a change, but can it help people recover from surgery? Usually we hear about placebos being used in drug trials where a group of people will be told they’re receiving a drug but will actually be given a sugar pill, or an ineffective treatment. This helps researchers to see whether or not their treatments are chemically effective or if the effect they’re seeing could just be explained by their subjects thinking they’re being treated. It may seem a strange thing to control for, but the mind is incredibly powerful, and placebos have been known to have an effect in all manner of psychological disorders from depression, to obsessive compulsive disorder, to anorexia, and others.

New research, published in the journal BMC Medicine, has shown that placebos could also be effective for reducing complications after major surgery. The term ‘placebo’ is used a bit loosely here. In this case the researchers are describing a non-medical intervention which has a medical effect. 124 individuals, who were all scheduled to have a specific kind of heart surgery, were divided into three groups. The first group received standard medical care, which means that they were informed of what would occur during the surgery and given time to have their questions answered by a doctor. The second group, on top of the standard medical care, was provided with a meeting with a therapist wherein they were given emotional support and general advice relating to the surgery. The third group received the normal standard medical care as well as a discussion with a therapist about realistic expectations to have for themselves in the 6-months after surgery, including when they should resume activities and what they hope to achieve in those 6 months. 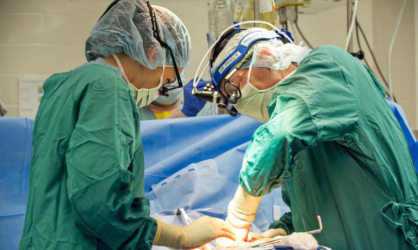 Six months after their surgery the third group, who had discussed their expectations about surgery with a therapist, reported greater quality of life, experienced less disabling effects of the surgery, and experienced less stress on their immune system than either of the other groups. While individuals in the second group, who had received emotional support, didn’t do as well as the third group they did recover from surgery better than those who had just received standard care. Together this suggests that not only is psychological intervention beneficial for people undergoing major surgery, but the type of intervention can increase the effectiveness.

You cannot separate the brain and the body. Research like this reinforces that one has an inexplicable impact on the other, and so just because we are treating one doesn’t mean that the other should be neglected. This work suggests that a holistic approach to medical practice, which includes the psychological impacts of medical interventions, could prove to be helpful for individuals about to undergo surgery. Just another reason to take care of your brain.