How Many Brain Cells Do You Have?

The brain weighs about 1300 to 1400 grams, uses 20% of the energy you consume, and is made up of billions of cells. Just how many billions, and how many of each type of cell, has been debated for over 150 years. A new review, published in The Journal of Comparative Neurology by Dr Christopher Bartheld and colleagues, has finally put the debate to rest.

There are three main types of cell in the brain: neurons, glia, and endothelium. There hasn’t ever been much debate about endothelium, these cells are basically just skin surrounding blood vessels in the brain to create a barrier between our blood and sensitive brain cells. The real contention has been the ratio of neurons to glia in the brain. Neurons are the active cells of the brain, sending signals to one another and processing all the information which makes you who you are and allows you to function. Glia are seen as support cells because they protect neurons, clean up after them, feed them. They’re like the parents of the brain. 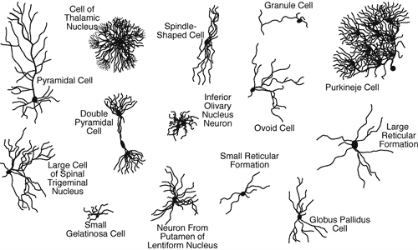 For about fifty years, between 1960 and 2009, it was widely reported that the human brain was made up of ten times more glia than neurons. One trillion glia compared to one hundred billion neurons. Newer research, however, shows that it’s probably close to a 1:1 ratio with, if anything, slightly more neurons. Current estimates put neuron numbers at up to 86 billion, while there are believed to be fewer than 60 billion glia.

Despite evidence to the contrary that has been around since the late 60s, the belief that a brain is made up of ten times as many glia as neurons was held as fact for decades. Bartheld, Bahney, and Herculano-Houzel note two main reasons for this strange phenomenon: firstly they note the difficulty of getting new and controversial information out to other researchers during that time period; secondly they mention how the idea had sunk into ‘common knowledge’ and so had become almost untouchable. But how did those numbers appear in the first place?

As you might imagine one billion cells is too many to reliably count, let alone one hundred billion or one trillion! To get around the issue of the sheer number of cells, a variety of different methods can be used. In the original article by Hyden and Pigon that led to the idea of one trillion glia in the brain, an area of the brain was chosen, sliced into very thin slices, and then stained so that each cell was visible. They then systematically counted the cells in a number of the slices and then applied the general proportion seen in those slices to the rest of the brain. This lead to serious overgeneralisation, as the number of different cells is known to vary between areas of the brain. For that reason this technique is no longer used for the examination of the whole brain, but is still valuable when looking at a single area. 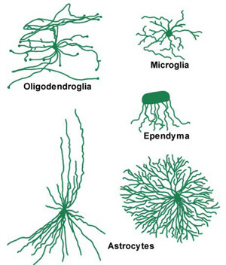 Another method involves blitzing the brain up into a fine paste and then measuring how much DNA is present. You might think that this is a strange way to go about things, destroying the cells in order to count them, but it is reasonably accurate. If you know the amount of a DNA which would be in a cell then you can determine how many cells there are by measuring how much DNA is present in the blended up brain. The main downside to this method is that it can only give an estimate of the total number of cells in the brain, and not the number of neurons vs glia.

After careful review of cell counting methods Bartheld and his colleagues found that a newer technique, called the isotonic frationator, produces the most consistent and reliable results. This technique uses various chemical and physical processes to break up the structure of the brain but leaves each cellular nucleus untouched. These nuclei hold the DNA of each cell and so are protected by an extra layer of membrane, keeping them safe. A chemical is then introduced which specifically stains the nucleus so it is more easily identified. A second chemical tag is then added and sticks to the nuclei from non-neuronal cells. In this case ‘non-neuronal’ would be glia and endothelial cells. The mixture is then analysed by a machine called a hemocytometer which, now that the nuclei look different, automatically counts neurons and glia separately and accurately. Using this method the total number of neurons in the brain is estimated at up to 86 billion, and the number of glia at less than 60 billion.

The number of cells in a brain can tell you a huge amount about its health. Psychiatric illnesses, neurodegenerative disorders, diseases, and damage to the brain can cause cell loss. We know that this cell loss impacts the function of the brain, the lasting effects of stroke make that very clear, but in order to determine the amount of cell loss in an area we need to know how many cells should have been there. This isn’t just specific to neurons. The brain would not function without glia, and so having the ability to determine the impact of glia loss is also very important.

Science is a process and for newer fields, like neuroscience, there are still teething problems to work through. In this current age of readily available information it is much easier to tease out the truth from the ‘common knowledge’. As we progress, and the technology around us progresses, our understanding of the brain defines itself in reliable fact. Even in this case, one step back has led us three steps closer to the truth of the brain.