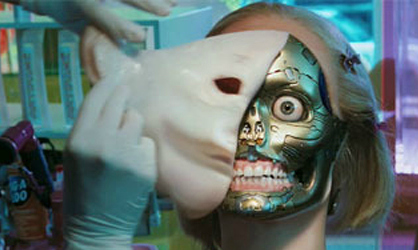 The science fiction movie ‘Surrogates’ is set in a future where humans no longer go out into the world, instead controlling humanoid robots from the comfort and safety of their homes. The movie suggests a future where the line between human and robot begins to blur, as one becomes dependant on the other. A reality which, according to Dr Calvin Kai Young, from the Psychology Department at the University of Otago, is not all that different from our current one.

The relationship between human and machine may already be much more blurred than you thought. The medical realm is making huge strides, with exoskeletons for people with wasted muscles, robotic limbs for people with tetraplegia, and robotic arms with greater surgical precision than the human hand, just to name a few. Entertainment creators are developing games that work by measuring the activity in different areas of your brain, and factory robot developers are using human observers to fine tune the accuracy of their robots.

We’re quickly learning how to control things outside of our bodies with just the signals from our brains. What we control, however, isn’t limited to machines. During his brain week talk Calvin attaches recording electrodes to the forearm of a volunteer from the audience, and stimulating electrodes to the forearm of another volunteer. He feeds the information from the recording electrodes through his laptop, and then his laptop sends the information out to the stimulating electrodes. “Make a fist,” he tells the first volunteer, “and bend it toward your arm.” As she moves her hand the hand of the other volunteer twitches toward the same movement, bending her wrist and pulling her hand toward her forearm. The second volunteer gasps, and Calvin asks if it hurt, she shakes her head “no,” she says, “it just moved on its own.” 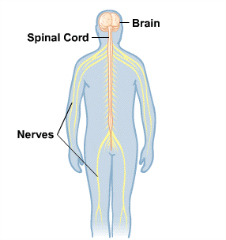 It’s a simple process. Your brain sends electrical signals down your spinal cord, from your spinal cord the electrical signals go out to nerves directly attached to the muscles. When the first volunteer moved her arm the electrical signals to those muscles were picked up by the recording electrodes. That information was then processed by Calvin’s computer, cleaning it up, amplifying it, and then sending that same pattern to the stimulating electrodes on the second volunteer’s forearm. The signals say ‘move’ so the muscles move. Muscles can’t tell the difference between the signal coming from the spinal cord and one coming through the skin, all they know is the signal. This is the same reason an electric fence will make your hand contract, it’s just how the system is set up.

While this demonstration was very simple, it shows just how easy it is to manipulate the outside world with just our minds. The technology is cheap, the set-up is straightforward, and the effect is clear. Somehow, without realising it, the future caught up with us. It makes science fiction movies, like ‘Surrogates’, seem a little less fictional and just a little closer to home.

We are still far from being able to control whole robots with our minds, but our ability to control individual robot limbs or other people’s limbs is increasing rapidly. Could this lead us to a surrogate-like world where people experience reality through a computer screen? Are we really so far from that now? You tell me.