Stroke is one of the leading cause of death and disability the world over. Every year around fifteen million people worldwide will have a stroke. One third of those people will recover fully, one third will be permanently disabled, and one third will die. Dr Andrew Clarkson is working to develop a treatment which reduces the disabling effects of stroke by providing support for the surviving brain cells.

A stroke is caused by a blockage in the blood supply of your brain. This could be caused by a clot, fatty build up, or calcified tissue, which breaks off from another part of your blood supply and gets stuck in one of the tiny arteries of the brain. This blockage means that an area of the brain will not receive any blood flow. The cells in that area will be starved of oxygen and nutrients, and they will start to die off. How severe this is, and how many cells die, depends on where the blockage is, what kind of blockage it is, and how long before the stroke is treated. The longer the wait, the more brain cells will die. This kind of cell death is final, there is no reviving those lost cells and the space they once filled becomes a physical hole in the brain. The functions those cells once supported can be altered or lost, and in order to regain those functions the brain has to learn to use another area to do the job. 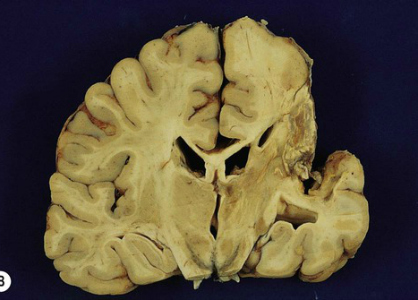 The problem, however, isn’t just the cells that are lost but also the connections that are lost. Your brain cells each have thousands of connections which link them to other cells. This allows them to form tiny functioning networked units, and those units can complete tasks or behaviours. If cells in those units are lost, however, that unit can’t function properly and neither can the cells that are left behind. This loss of connections is likely to be what causes the progressive deterioration some stroke patients experience with their memory or mobility. It is a serious problem for stroke rehabilitation, and one we just don’t have a way to fix yet. This is what Dr Andrew Clarkson is working on.

In collaboration with Roche, a pharmaceutical company based in Switzerland, Dr Clarkson has been testing a drug which appears to promote memory and learning. It has been a long and difficult road trying to not only identify a drug which could work, but also to find one which wouldn’t be harmful to those taking it, and would be effective no matter where a stroke occurred in the brain. “Strokes don’t always happen in the same place,” Dr Clarkson stressed at his recent Brain Day interview, “so you need to develop a treatment that works in all the different centres of the brain.”

The results, so far, have been promising and now the most difficult stage begins: convincing Roche to invest the huge amount of time and money necessary to put the drug through clinical trials. It’s a gamble, but one which Dr Clarkson believes could truly pay off. While these negotiations continue, the research conducted by Dr Clarkson and his team have managed to influence the investigation of a similar drug by another team of researchers. That drug, which also appears to improve learning and memory, is due to begin clinical trials sometime in the next six months.

Is Dr Clarkson disappointed that his work is helping to fuel another group’s success? Not really. At the end of the day he believes that the drug he’s been working on will be successful, and if another group gets there before him then, well, that just means treatment will be available to the public sooner. When it comes down to it, his goal, and the goal of researchers like him, is to find a way to reduce the negative effects of stroke. He doesn’t really mind if his name is on it or not so long as, in the end, his work is beneficial to those suffering from stroke.