Learning is fundamental to life. In order to survive we need to know how to care for our bodies and interact with the world around us. From movement to language, learning ties each aspect of our lives together; it enables us to make connections. But how does your brain know two pieces of information are related? How does it learn, for example, to associate a keystroke with a letter instead of any other part of your environment? Why don’t we end up associating information that isn’t related? This is the question Simon Fisher explored during his PhD. The process he uncovered won him two awards, and has since been published in the prestigious journal Nature Communications. 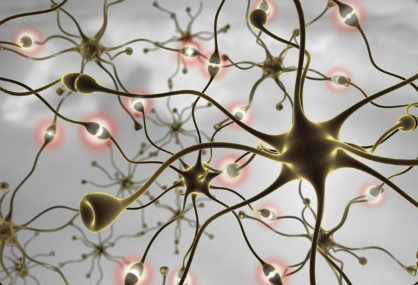 In general, cellular ‘learning’ follows a basic format which was laid out by Donald Hebb in 1949. The saying goes: ‘cells that fire together, wire together’ and, as a general principle, that is true. When one brain cell sends a signal that repeatedly activates another brain cell they will usually become more sensitive to one another. Over time it will take less and less energy for that first cell to activate that second cell, so their relationship becomes stronger and more efficient for sending information. If the second cell activates before the first, however, their relationship weakens. You could think about it like this: a strengthening bond between two cells is your brain saying ‘yes, these two pieces of information are related to one another’, while a weakening bond says ‘these two pieces of information aren’t related’.

Why, if we know how learning works at the cellular level, are people still examining it? Well, like most things in science, it’s all a bit more complicated that it originally appeared to be. You may have heard of the chemical dopamine, which is released in your brain as a reward. Dopamine is used as an extra boost for brain cells in certain areas of the brain, like the areas that control movement, and it works to reinforce the relationships between cells. However, dopamine arrives seconds after those cells have fired. Other information reaches these cells in milliseconds, so not only is dopamine arriving late it is also arriving painfully slowly by cellular standards. If we follow the normal rules of cell relationships this should make the connections between cells weaker, but researchers have found that the opposite it true; dopamine reinforcement after activation makes the relationship between cells even stronger. Simon set out to understand why this was happening. 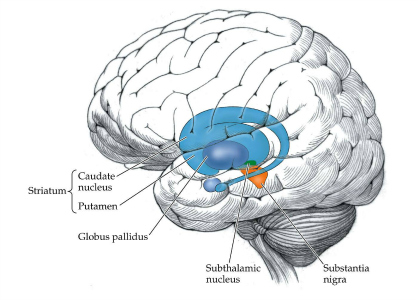 Simon looked specifically at cells in the motor cortex and the cells they were connected to in an area of the brain involved in learning, the striatum. When he stimulated just these cells to test their relationships to one another they gave off some strange results. Stimulation which should have made them more strongly connected actually weakened their connection, and stimulation which should have weakened the connection changed nothing at all. Nothing changed when dopamine was introduced, still the connection weakened when it should have strengthened, or didn’t change at all. This goes against the principles of cellular learning, so either the principles are wrong or the experiment was missing something. So, Simon decided to add in another piece of information; context from the outside world.

Again he stimulated the motor cortex, the striatum, and released dopamine, but this time he gave a flash of light before the dopamine signal. This light flash ties the other stimulations to an event in the environment. It’s a stand-in for an environmental change, like seeing a green light and knowing to move forward. Once they had this context the cells started connecting to one another as Simon had expected; becoming stronger when they were in sync, and weaker when they weren’t. Those movement cells weren’t satisfied by being flooded with that rewarding dopamine, they needed to know why they were being rewarded.

This information shifts how we think about dopamine-related learning. Before, it was expected that dopamine on its own was enough to make connections stronger, but now we know that isn’t true and why it isn’t true. At least as far as movement goes, our brain is responding not just to dopamine but to dopamine and outside information. The implications of this work are incredibly wide reaching, because dopamine is crucial in so many of our daily functions. Learned behaviours, habits, and addictions are tied to dopamine-related learning. On the other side of the coin, neurological disorders like ADHD and Parkinson’s disease are also tied in to the dopamine system. By peeling back the mystery of dopamine, Simon, and his supervisor Professor John Reynolds, have opened up new avenues for approaching these issues. Understanding the system is half the battle, and with this new information researchers are better equipped to combat dopamine-related diseases head on.