In the early 2010s New Zealand saw the influx of new kinds of recreational drugs. These ‘party pills’, ‘designer drugs’, and ‘legal highs’ contained no illegal ingredients and were sold in dairies and bottle shops as an alternative to illegal recreational drugs. What followed were a wave of dangerous side-effects; aggression, psychosis, seizures. Testing of these substances was slow and expensive, and it seemed that the ‘legal highs’ industry was able to get around each new law and restriction by altering the components of their formulations as individual components were made illegal. The situation was growing dire and so, in 2013, the New Zealand government introduced the Psychoactive Substances Act. The act was designed to put the burden of safety on psychoactive drug manufacturers. Instead of these new recreational drugs being legal until proven to be unsafe, the act forced manufacturers to prove that their product was safe before it could be legally sold. This was a step away from the reactionary tactics of prohibition, and gave safe psychoactive substances a way of being made legal. In a recent article, published in the prestigious journal BMJ, Dr Shakila Rizwan and Dr Andrea Vernall discuss whether or not the approach has worked and why a law which is framed as regulation has so far proven to be the most effective form of prohibition. 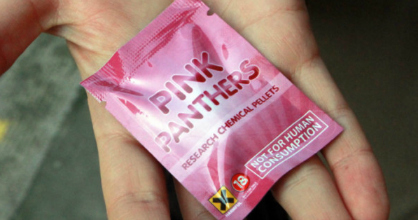 In theory the law is a good response to prohibition; it provides a legal route for recreational drugs to be proven to be safe for use, giving those who intend to use recreational drugs a safe and legal option. In reality, no psychoactive substances have been made legal in the four years since the law was introduced and, according to Shakila and Andrea, it is unlikely that any will be in the near future. This is due to the wording of the law, and the testing restrictions which were added in a 2014 amendment.

One of the concerns is the term ‘psychoactive substance’, which is poorly defined in the law itself. For most people it seems pretty straightforward, right? A psychoactive substance is a drug, it’s a chemical someone uses to get ‘high’. But what does ‘high’ mean? What does ‘drug’ mean? The words we choose to use when describing these things can heavily influence what is and isn’t automatically lumped together. Water, for instance, could be considered a psychoactive compound; it enters the brain, impacts functioning, and in high enough quantities it can disrupt or even kill cells. Luckily, the law excludes consumables so the psychoactive compounds we consume on a regular basis are safe. It is, however, important to remember that ‘psychoactive’ is a very broad term, and just because something is deemed ‘psychoactive’ doesn’t necessarily mean it’s intended for a recreational high. 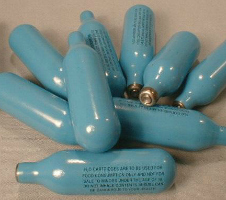 In the 2013 act, psychoactive substances are defined as: “substances, mixtures, preparations, articles, devices, or things that are capable of inducing a psychoactive effect, by any means, in the people who choose to use them.” Shakila and Andrea state that the definition used by the group responsible for enforcing this law, the Psychoactive Substances Regulatory Authority, is similarly vague. It states that psychoactive substances are: “some of the ingredients used in different drugs that affect the mind… drugs such as party pills, herbal highs, legal highs, synthetic cannabis or legal recreational drugs.” This vagueness allows for serious overgeneralisation, but it also fails to define the issue. As a society we have aimed for the control of psychoactive drugs because they affect people’s minds in ways that can, in some cases, be frightening or dangerous. These definitions fail to identify the side-effects we want to avoid and, if not for the exclusion of consumables, would lump a glass of water into the same vague category as designer drugs.

The second issue, and first major roadblock, comes up when the act tries to define potential harm caused by psychoactive substances. The act states that a psychoactive substance can only be introduced to the market once it is scientifically proven to pose “no more than a low risk” of harm to users. The term ‘low risk’ is not defined further, making it impossible to aim for. In theory psychoactive drug manufacturers could attempt to follow the same risk minimising strategies used by pharmaceutical drug developers, however this brings up roadblock number 2: the May 2014 amendment against the use of animal testing to demonstrate ‘low risk’.

The public was outraged at the prospect of animals being subject to recreational drug testing, and so an amendment to the original act was rolled out. “It’s one thing to test on an animal if you’re developing a life-saving drug for cancer,” Prime Minister John Key said at the time, “it’s quite different for a recreational drug.” The amendment made it clear that animal testing could not be used as evidence for a drug’s ‘low risk’. Currently, there are no reliable alternatives to animal testing for these kinds of substances. In order to prove that a drug is ‘low risk’ you would at least need to show how it impacts different organ systems, and how it is likely to impact the developing brains of young adults, which is unfortunately just not possible without testing on animals. There are a great number of very smart people around the world trying to find ways around this, but as of right now that is the reality of the situation. With no reliable way to show that they are ‘low risk’, the act effectively prevents any psychoactive substances from being made legal. 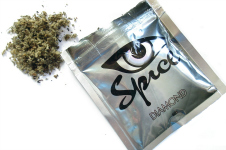 In their article Shakila and Andrea are supportive of how New Zealand has handled this attempt at drug regulation, and the possibilities it opens up once non-animal testing methods are developed. They do, however, have quite a serious concern; the vagueness of the term ‘psychoactive substance’ puts many neuroscientific drug therapies in a strange legal position. Similar laws in other countries have made a distinction between recreational and scientific drug development, but the New Zealand Psychoactive Substances Act makes no distinction. “It is not clear whether the ban on testing new psychoactive substances in animals extends to all central nervous system related research or just safety testing of substances intended for recreational use,” Shakila and Andrea write in their article, “as we work with cannabinoid and cannabinoid-like molecules, we are concerned that research into potential treatments for conditions such as brain injury, pain, schizophrenia, multiple sclerosis, and Alzheimer’s disease will be hampered by the legislation.”

Despite their concerns about the implications of the law on their own work, Andrea and Shakila believe that the law is an innovative effort to regulate the seemingly exponential growth of new psychoactive substances. “Despite the ambiguity around the definition of ‘low risk’ and what constitutes a ‘psychoactive substance,” they write, “this innovative regime highlights that the New Zealand government recognises that prohibition of chemically defined new psychoactive substances is not effective,” and they’re interested to see whether other countries around the world will end up following in New Zealand’s steps toward drug regulation over prohibition.

The article discussed here was published in the journal BMJ, and is available to read here