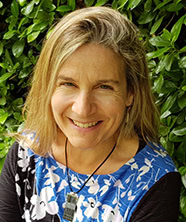 University of Otago researchers have discovered a clue as to why there are changes in the way babies’ brains are formed in mothers who are obese during pregnancy, which can potentially lead to an elevated risk of mental illness, including autism spectrum disorders.

Lead researcher Associate Professor Christine Jasoni, from the Brain Health Research Centre and Centre for Neuroendocrinology, says public health studies to date indicate that a mother’s obesity during pregnancy is associated with an elevated risk for autism spectrum disorders as well as other neuropsychiatric disorders such as ADHD (Attention Deficit Hyperactivity Disorder), anxiety and depression.

Until now, there has been no evidence as to how this happens. However, in a world-first study, Associate Professor Jasoni and Research Fellow in the Department of Anatomy, Dr Kelly Glendining, have discovered some answers.

They used animal models to look in a region of the brain called the hippocampus, which is important in memory, learning and social interaction, to see if they could detect changes in the way its neural circuits formed.

“We reasoned that if the offspring have changes in behaviour that are similar to autism or other mental illness, then there could be changes to the areas of the brain that makes these behaviours happen normally,” Dr Jasoni explains.

“And, that’s exactly what we found: The ‘love hormone’ oxytocin, which is important for bonding and social interaction, was faulty in the brains of offspring whose mothers were obese during pregnancy.”

Dr Jasoni says she suspects these changes cause the neural networks that control social behaviour to function improperly.  They are now seeking more funding in a bid to carry out further research to find out more.

“Right now we need to understand more about what’s going on and if the changes we have found are actually causing the changes in social behaviour that are characteristic of autism spectrum disorders,” she explains.

“Sometimes there can be multiple changes in the brain, but not all of them actually cause the disorder or disease.  People already give oxytocin therapy for autism spectrum disorders in children, but it is of limited usefulness.

“If our findings can be extended so that we understand what’s going on in the cells of the brain when oxytocin is not working properly, then we will have a few novel targets to attempt intervention.”

The paper was recently published in the International Journal of Molecular Sciences and is available as Open Access
https://www.mdpi.com/1422-0067/20/2/329