The Hunt for Superhero Genes 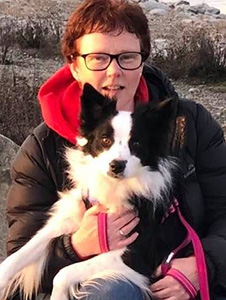 You may not be familiar with the term "superhero gene", but one could be protecting you from disease! Specific genetic mutations cause diseases, but it turns out that's not always the case.

Some of us are lucky enough to have a superhero gene, which defends us from disease by cancelling out the effect of disease-causing mutations. Associate Professor Stephanie Hughes, Director of the Brain Health Research Centre, has been awarded a Project Grant by the Neurological Foundation to study these superhero genes.

Finding these genes in humans is no easy feat. Using conventional approaches, we would have to sequence the genomes of millions of people – a time-consuming and expensive undertaking! A common method used in fruitfly genetics is to compare a large array of flies (so-called libraries), each carrying a unique mutation, to find how one gene impacts the expression of another.

In a world-first, newly-developed tools now allow Stephanie and her team to build a similar library of human neurons. Skins cells donated from volunteers are grown in a dish, guided to become stem cells, and then coaxed into becoming neurons. The researchers will then edit the genes of these neurons to make a library of human neurons, each missing one of the 18,000 human genes.

Stephanie's team will focus on Batten disease, a childhood disease that can cause blindness, seizures, and motor problems. In neurons, this disease causes serious issues in the lysosome, the 'stomach' of the cell. The team will compare how the lysosomes work across the library of neurons, all carrying a Batten disease-causing mutation.

Stephanie is excited by the potential of this research to help treat diseases beyond Batten disease. "It could not only find ways to treat Batten disease; this work establishes a powerful system to find superhero genes that protect us from other neurodegenerative diseases, too".